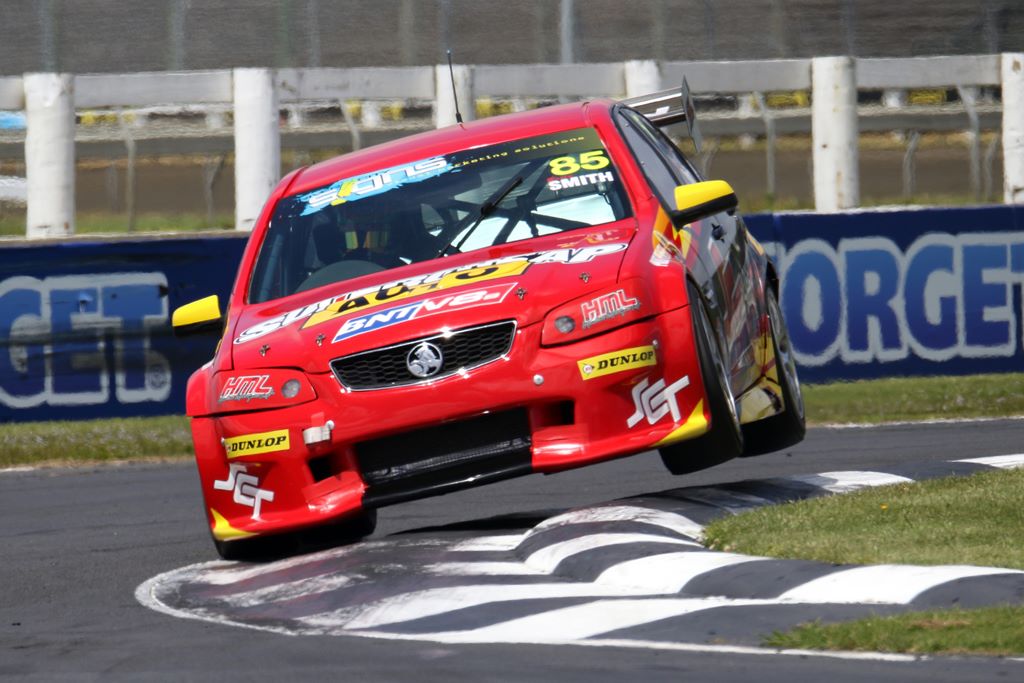 Australian driver Jack Smith has taken the lead of the BNT V8s Championship at Pukekohe this weekend, by notching up two wins and a second placing in his SCT Logistics/Supercheap Auto Holden Commodore.

Smith qualfied on pole in Class One of the Championship and backed up yesterdays win, with another victory in race two and second place in the final race this afternoon.

His teammate Lance Hughes finished second overall for the weekend with two second placings and a third, while Nick Ross finished third overall with a sixth, a third and winning the final race of the weekend.

For Smith, it was mission accomplished for the round, and now goes into the Xmas break with the championship lead.

“Great weekend. At the first round here last month, we didn’t exactly struggle, but we didn’t put it all together. This weekend we’ve gone close to maximum points,” said Smith.

“I had bit of a shocking start in that last race and let Nick get away and into the lead and onto the win. But the Championship lead was what we’re after and we got it. It’s been a good weekend.

“The car has been good all weekend, we haven’t changed it much at all. My guys Luke and Aaron have done a really good job tuning it up.

“Really looking forward to getting down to Highlands in Cromwell in the New Year, a new circuit for not only me, but a lot of the others drivers, so it should be a good leveller.”

Class Two of the Championship was won by Christchurch driver Justin Ashwell, after a fraught battle throughout the weekend with 19-year-old Matt Podjursky of Inglewood.

The two drivers swapped fastest lap times throughout the three races, with Ashwell eventually coming out on top with two wins and a second placing, beating Podjursky to the top spot of the podium who himself accumulated a win and two second placings.

“Really good weekend. We’re learning more about the car and heading in the right direction.”

“We lost a bit of ‘turn’ in the car in race two and took a step backwards and that let Matt get away from us and take the win.”

“But overall really good racing between both of us, and there is nothing in the performance between the two cars, we’re both very even.”

Round Three of the BNT V8s Championship will be at the Highlands Motorsport Park near Cromwell – January 12-13.

Caption: Jack Smith took the round win at Pukekohe this weekend, and also took the Championship lead. 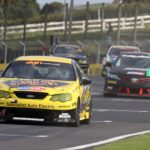 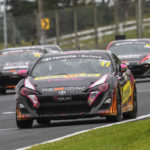