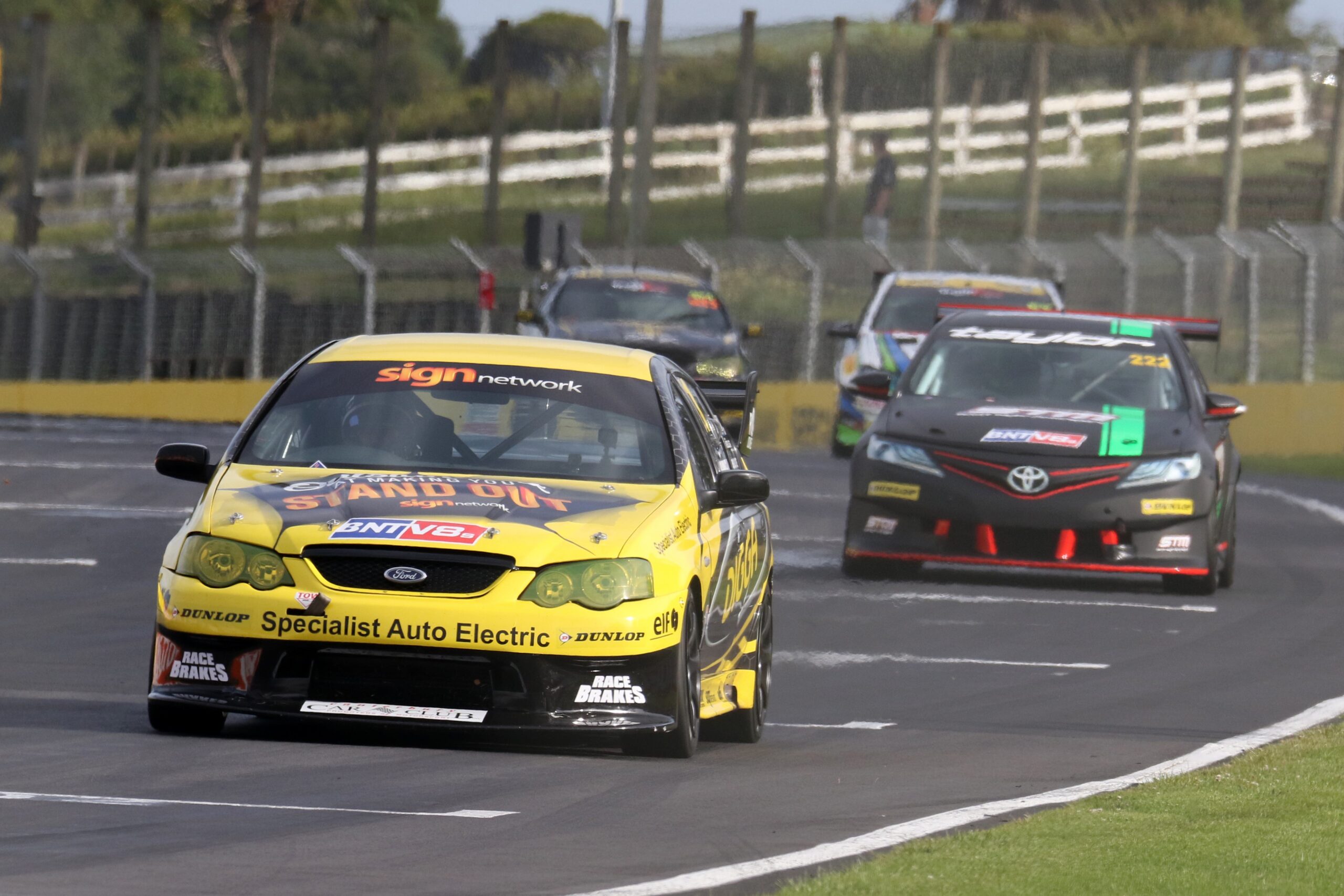 Australian driver Jack Smith has won the first race of the weekend at Round Two of the BNT V8s Championship held at Pukekohe this afternoon.

Starting from pole position, Smith lost the lead to Nick Ross in his Total Lubricants Nissan Altima on lap two, and losing a further place to his countryman Brenton Grove a few turns later.

The opening lap also saw Brad Lathrope going onto the grass on the run down to turn one.

The drama continued, this time into the complex at turn five. Scott Taylor, Blair McDonald and several more found themselves in strife as it looked like many braked too late.

Grove sought to get by Ross out of the complex and managed to get alongside the series veteran into the hairpin. Ross wasn’t having any of it though and hung the series rookie out on the rumble strip.

Grove had to fend off Smith briefly before he mounted another attack the following lap.

Then there was drama on lap four. Grove finally got by Ross for the lead, which left the door open to Smith for a move. Smith shoved his way up the inside and both he and Ross appeared to make contact.

With Smith chasing down the Nissan Altima driver, Ross got up on the exit rumble strip at the hairpin and ended up in a spin. He slid across the track to the inside of the hairpin and duly fell to the back end of the top 10.

From there Smith controlled the race lead from his teammate Lance Hughes who finished second, with Rob Wallace rounding out the podium in third.

Speaking after the race, Smith said he was lucky to come through the race unscathed, but was thankful for the win, which now puts him into the championship lead.

“There was a fair bit going on in that race. I got a really good jump off the start, and then Nick got by me at turn three and caught me napping to be honest, said Smith.

“The contact with Nick, I’m not really sure what happened.”

“The car seemed to struggle with a bit of top end speed in that race, but other than that the car felt really nice. It’s always nice to get a win, and especially a one-two for the team with Lance Hughes following me home to the line.”

Class two was won by Justin Ashwell, who lead home the only other class two competitor this weekend, Matt Podjursky.

“Probably didn’t get the best start, but it was a great way to bounce back from a ‘testing’ round one here at Pukekohe last month,” said Ashwell.

“We had two broken axles and a broken diff head, so to come back here, get pole position in the class and a win is really great.

“The start of the race was bit of a shocker, but there was a tangle at turn three, and then another one at turn four, and we managed to scrape through that unscathed and into the lead.” 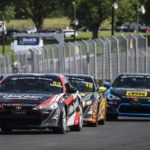 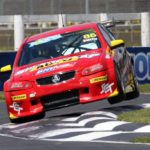