While Catlins has been a happy hunting ground you can also add three wins in the Rankleburn Rally, three in the Lawrence Rally, and a win in the 2016 Dusky Forest Rally to Graves’ record.

It is a staggering achievement but even more noteworthy for two reasons. The first is that Graves’ Mitsubishi EVO 3 is an older car amongst the more modern machines that generally contend for victory and the second is that he is not a regular competitor as he still mixes his own driving with stints in the co-driver seat for others. He did not contest Catlins in 2014 and 2015, for instance, instead co-driving for Tony Quinn.

The EVO 3 has had a “birthday” for this year’s event with a new clutch, new gear kit for the gearbox and new wheel bearings but other than that the car is as it was last year. The other big change for this year is the fact that Andrew’s son Hayden will join him in the co-driver seat. Hayden has done the job before but never at Catlins. “He is really excited. He is no stranger to going fast and he will do a great job and we will have a great day together,” says Andrew. Regular co-driver Jared Leebody has stepped aside this season although he will still be helping the team. “He offered his resignation to me so many times this time I thought I better take it,” laughs Graves. While it is Hayden’s first Catlins, he has been on board for some of his father’s other victories including at Dusky Forest when he was just 13 years of age.

Andrew Graves continues to both drive and co-drive at a high level. He is in his third season co-driving for Christchurch driver Josh Marston in a Holden Barina as they campaign in the Brian Green Property Group New Zealand Rally Championship and some rounds of the Mainland Rally Series. Graves is currently second in the co-driver points in the National Championship and third in the Mainland Series co-driver points while last year he was runner-up in the National title and winner of the Mainland Series. A few days after Catlins Andrew will be off to the Coromandel for the next round of the National Championship with Marston.

Graves has always been thankful for the support of his family and crew, always acknowledging that what he does requires a team effort and family support.

He surely has one of the busiest rally programmes in the country but he has a fantastic record of success no matter what side of the car he is sitting on.

Asked if co-driving helps his own driving he says not a great deal. “It does give a speed perception for you but when you are co-driving you are so busy – it helps but not a lot.”

Graves admits he would love to win this year with Hayden alongside. “I need to keep my nose clean though. Last year we nearly threw it all away,” he says remembering a couple of incidents during the day. 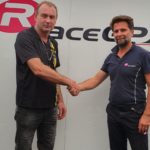 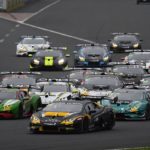