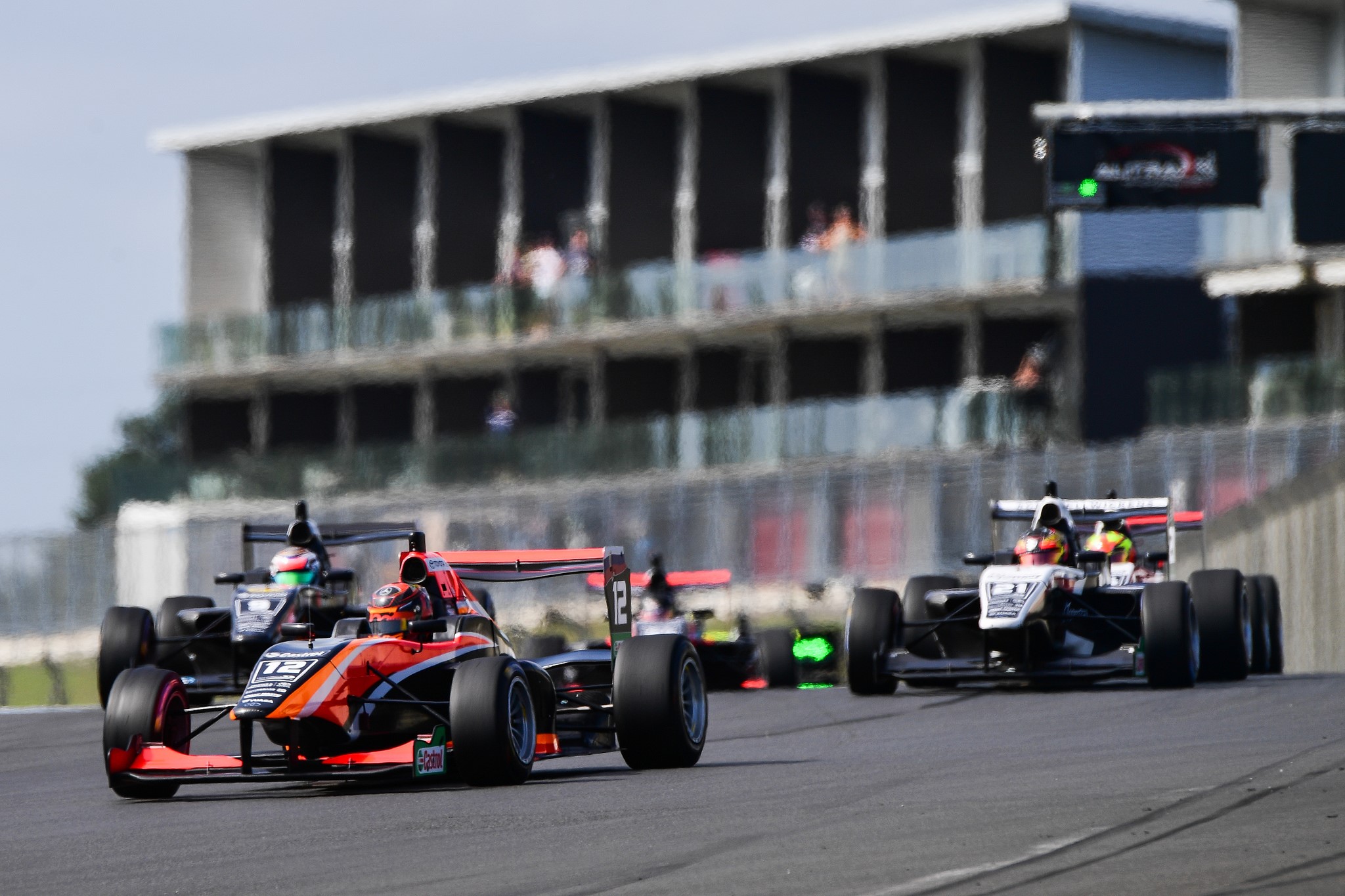 Russian Artem Petrov has emerged from a chaotic first race at Hampton Downs to secure his first win in the Castrol Toyota Racing Series as Liam Lawson managed to extend his series lead in a bizarre race.

Petrov survived a race packed with incident, Safety Cars and three red flags. It all ended at the restart of the race with two laps to go when American Cameron Das, who had led from the first corner, hesitated on the throttle behind the Safety Car and gave championship leader Liam Lawson nowhere to go but into the rear of the American’s car.  Such was the damage to the cars of Das and Lawson that the third stoppage of the race proved to be the last and the Russian – who crossed the start line first – took his first win of 2019.

Czech racer Petr Ptacek came through to finish second while Brendon Leitch recovered from a wild moment on the first lap to take the final spot on the in a mad race where even the Safety Car picked up a puncture.

The drama started at the first corner as pole position holder Kazuto Kotaka and Lucas Auer from the front row both went for the same piece of tarmac at the exit of the first turn. Contact sent Auer spinning off while Kotaka carried on with a damaged front wing. There was more to come as Leitch’s wild ride two corners later was quickly followed by a trip into the gravel for Esteban Muth. And it was the Belgian’s stricken car which brought out the first Safety Car as marshals headed for the first job of what was a busy race for them.

After the frantic first lap, it was American Cameron Das who emerged at the front with Liam Lawson making the most of the chaos to pop up in second from fifth on the grid. Petrov kept out of the trouble to settle in behind the Safety Car in third and Marcus Armstrong had also survived and moved to fourth. They were followed by a wounded Kotaka – set to pit at the end of the lap for a new nose – then Dev Gore, Petr Ptacek, Thomas Smith, Calan Williams and Brendon Leitch.

Raoul Hyman, meanwhile had joined the race from the pits after electrical dramas prevented him taking up his grid spot.  The Safety Car would prove to be a saviour for the UK racer, who quickly latched onto the back of the pack without losing a lap. With the recovery of Muth’s car taking longer than expected, officials stopped the race with 17 laps to go.

The Safety Car eventually led them off again and the race got underway with 16 to go.  Armstrong was quick to pounce on Petrov and grab third and Lawson immediately mounted an attack on leader Das. American Dev Gore made a good getaway to improve to fifth and Leitch was already fully into his recovery mode, passing two up the inside of the final turn on the restart lap push himself into seventh as they came across the line with 14 to go. Behind, however, Auer went off for the second time in the race after contact from Thomas Smith and that brought out the Safety Car for a second time.

With Auer unable to restart without a tow, the Safety Car was released again with 13 laps to go. More time was lost and the field circulated for another couple of laps and should have got the green light with nine to go should but Das, leading the tightly bunched pack, had not given the Safety Car enough room to exit the circuit safely and it was forced to stay out for another lap.

That allowed Auer back out before they finally did get a race restart with seven to go. That was also marginal for the Safety Car to leave the track but the bunched group did get away without drama and Das led with the field behind jostling for position. Leitch and Ptacek looked like they were going to have a good battle but it all came to nothing when Calan Williams crashed exiting the hairpin after heavy contact from Kotaka. Out came the Safety Car and then the red flag – again – and they pulled up at the start line with five laps remaining on the board.

The order behind the Safety Car for two laps, for anyone able to follow the start stop race, was Das, from Lawson, Armstrong, Petrov, Ptacek, Leitch, Gore, Petru Florescu, Jackson Walls and Parker Locke.

As they came up the hill for the restart with two laps to go Das again failed to control the race correctly and allow the Safety Car enough space to exit but this time there were more serious consequences for his late bunching of the pack. The Safety Car did get off the track, but the American hesitated momentarily and Lawson, at full tilt, ploughed into the back of him. Both were out on the spot and Armstrong narrowly avoided contact.

As they crossed the line Petrov sat ahead of Ptacek with Leitch in third and moving through to the lead at the first turn. And that was how the stewards called the top three.

Dev Gore took his best result with an impressive fourth, Hyman came home a remarkable fifth while Florescu also impressed with sixth place. Lawson limped across the line to take seventh with Jackson Walls, Parker Locke and Marcus Armstrong – penalised later for passing when the Safety Car was on the track – was classified tenth. 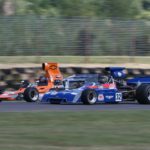 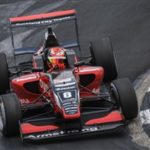