The grid for the 2023 Castrol Toyota Racing Series is taking shape with another announcement this week as Ryder Quinn becomes the latest competitor to put their name down for the high profile five round New Zealand championship.

Australian racer Ryder is son of GT racing driver Klark Quinn and the grandson of business and motorsport magnate Tony Quinn. He has already tested the Toyota FT50 car at the Hampton Downs NZ Racing Academy as part of the preparation and build up to what will be his first championship in an FIA category junior single seater with a full international field of drivers.

Although this will be his debut championship in this type of car, he has been gaining plenty of experience in Australia with dual campaigns in Formula Ford and in Aussie Racing Cars over the past few seasons. Most recently he’s had a podium finish and a pole position in the Australian Formula Ford Championship. In 2021 he had four podium finishes in the regional Queensland FF1600 Championship as well.

He will run with the ultra-successful M2 Competition squad in the 2023 Castrol Toyota Racing Series in what is expected to be a full field for the first international TRS championship since the pandemic began in 2020.

The young gun says there’s much to look forward to. “The competition and format of the category for start,” he said.

“The season is jam-packed with five rounds, all back to back weekends. It demands the very best out of a driver. The category is renowned worldwide for its tough competition. I am excited to see where I stand against the international drivers, coming up against some of the fastest young drivers in the world.

“As a race car driver, you always strive to win and constantly improve. I understand however that I am lacking experience in Formula Cars with Aero and slicks. The main goal is – of course – to win but my objectives for this season are to gain as much experience in the car as possible, develop and improve my skills, achieve a couple of top 10 results early on, then be fighting for the podiums and wins towards the end of the season.

“The category has seen the likes of Lando Norris, Yuki Tsunoda, Liam Lawson and so many more drivers use it as a stepping stone in their careers and I plan to do the same.
“I am also very honoured and proud to be racing at Highlands Motorsport Park, Hampton Downs Motorsport Park and Taupo Motorsport Park.

It’s also a case of keeping things in the family for Quinn according to M2 Principal Mark Pilcher, who added: “I have been working with the Quinn family for many years in racing and I am very happy to welcome Ryder on board to what is an exciting M2 Competition line-up.”

Details regarding the 67th New Zealand Grand Prix – which remains the centrepiece of the championship and one of only two non-F1 Grand Prix events recognised by the FIA – are also set to be released soon.

TRS has one of the best records in junior formulae for the proportion of its drivers over the years who have made it to Formula One or achieved other notable successes. Current F1 aces Lando Norris, Yuki Tsunoda, Nicolas Latifi, Lance Stroll and Guanyu Zhou have all raced in TRS. Norris and Stroll were both champions. 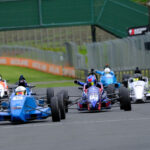 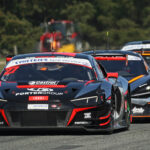