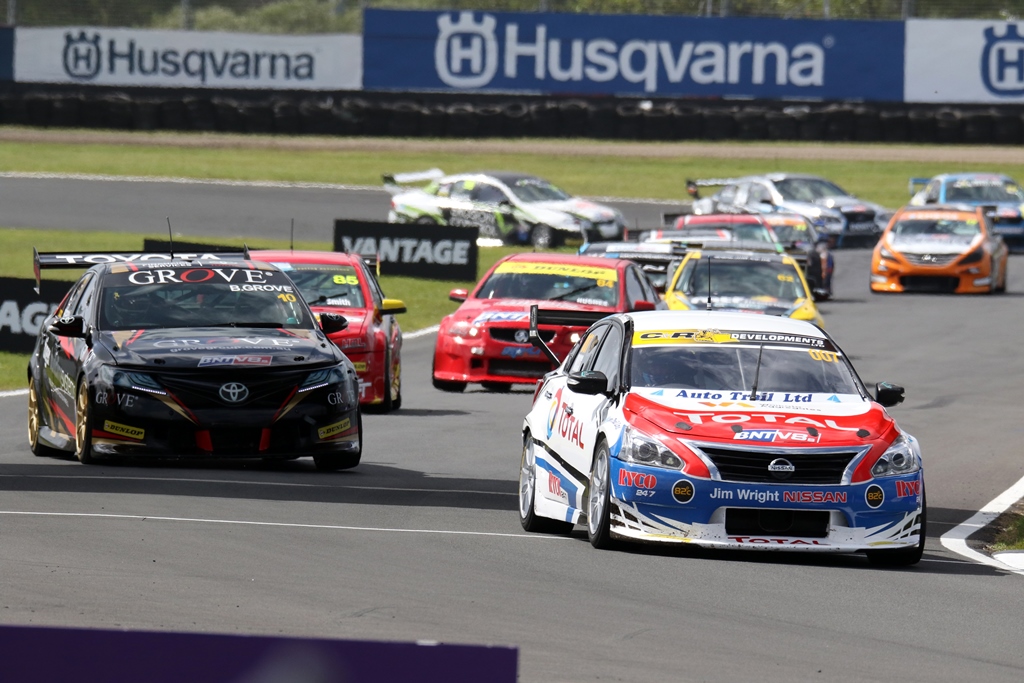 Cambridge V8 driver Nick Ross has taken the lead of the BNT V8s Championship at Pukekohe this weekend, taking two wins and a second placing.

Ross and his Total Lubricants Nissan Altima finished second in the opening race of the weekend behind Australian Jack Smith, before leading the young Aussie home in the final two races on Sunday.

Smith’s teammate, Lance Hughes of Hamilton, finished third in all three races in what proved to be three action packed races for fans.

The final race of the weekend saw Ross lead for much of it, before an aggressive move by Smith saw him sneak by the Nissan Altima of Ross at the hairpin.

Smith looked to cruise into the distance and take the win when catching a backmarker at the hairpin he was forced him wide onto the grass and allowed Ross to retake the lead with just two laps to go.

The race was red flagged with one lap to go when the Ford Falcon of Class Three competitor Nigel Karl stopped on the front straight on fire. Karl crawled from his car and lay on the ground, with suspected smoke inhalation.

For Ross however, it was a satisfying way to start his championship campaign.

“A good way to start the season. We actually could have had three wins, but we had a brake issue which hampered us, and let Jack by into the lead in that first race,” said Ross.

“I have to give credit to the Hamilton Motorsports team, those two cars are hooked up and are fast. We had to fight all the way to keep in front of them, especially Jack. He’s very fast this year.

“Jack was pretty aggressive in that last race, which is fine, that’s how you want it to be – hard close racing.

“I’m not totally happy with the car, we seem to have lost a bit of the balance that we had towards the end of last season. So we’ll work on that ahead of the next round.”

With Ross, Smith and Hughes sitting first, second and third in the Championship currently, it is expected the position of Smith could be altered with post race investigations underway.

During race three, Smith made contact with the Toyota Camry of Scott Taylor at the hairpin, which sent the Toyota driver into the side of the Holden of Matt Tubbs. Forcing both cars out of the race.

It was also a tough weekend for Chelsea Herbert in her Toyota Camry, failing to finish race two with an alternator issue, and then failing to make the start of race three.

Class two of the Championship was won by Brock Timperley, who claimed two pole positions and three race wins leading home Matt Podjursky and Justin Ashwell for the overall weekend.

“Really happy with my performance for the weekend, and a huge thanks to the team for a great car,” said Timperley.

“Two poles, and three race wins, it doesn’t get much better than that.”

The BNT V8s return to Pukekohe for round two, December 8-9 where the Championship will tackle the older shorter version of the circuit.

Caption: Cambridge driver Nick Ross has taken the lead of the BNT V8s Championship following round one at Pukekohe. 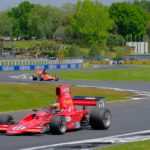 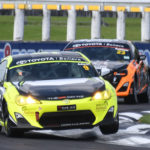