Seventeen-year-old Pukekohe schoolboy Billy Frazer was the standout driver from the third round of the ITM NZ Formula Ford Championship. Held at Southland’s Teretonga Park, Frazer won the opening two races before missing the start of the final race.

In qualifying on Saturday morning it was Taranaki’s Thomas Boniface who stole the Evolution Motorsport Pole Position from Marton teenager Kaleb Ngatoa.

In the dying stages of the session, the times tumbled as the damp track dried out. Almost every driver had a turn at the top of the timesheets, but it was Ngatoa who looked to have the goods at the drop of the flag. But Boniface was still finishing his final lap and managed to just eclipse Ngatoa’s time by 0.029s.

The 15-minute qualifying session was interrupted twice by two red flags in quick succession early on. First, Ngatoa got stranded in the gravel at the final corner. Once the session was restarted, Blake Evans ran off at turn one prompting another red flag.

Whilst both drivers were able to continue qualifying once the session was finally restarted, they will receive a three-place grid penalty for the opening race of the weekend. Ngatoa then received an additional grid penalty due to using an additional engine this round due to his previous issues.

In the first of three eight-lap races, it was. Feilding’s Callum Crawley who was able to take the early race lead off the front row beating the pole-sitter Boniface in the run to turn one. Crawley quickly asserted himself as the one to beat but Boniface still kept up his tempo until he made a small mistake on lap three which saw Frazer move into second-place.

Frazer then chased down Crawley and took the lead of the race on lap five and never looked back. Whilst he remained in the clutches of Crawley, Frazer never looked like he was going to be passed and went on to win the race.

Boniface fell into the hot battle for third between himself, Hawkes Bay’s Zac Stichbury and Penrose. The trio was separated by mere hundredths of a second for the majority of the race and traded positions in a dynamic battle. Come to the final lap of the race, Boniface looked to have the advantage, but a small mistake between turns two and three saw him shuffled down to fifth. Stichbury took the final podium spot from Penrose.

Sunday morning saw Frazer once again prevail as the victor. Frazer took a hotly contested race eight of the championship ahead of championship leader James Penrose and Boniface.

Frazer and Penrose quickly engaged in an intense battle for the lead, breaking away from Boniface in third. The duo’s tussling eventually allowed Boniface to latch on to the battle.

On the final lap, Boniface was able to displace Penrose and move into second place at turn one. A familiar mistake for Boniface cost him a chance at victory just one corner later when he ran wide and allowed Penrose back through to second.

The final race of the weekend saw the drama begin before the race had even started when Frazer didn’t get on track before pit-lane exit closed and was forced to start from the pit-lane.

Frazer’s absence from the starting grid left Penrose and Boniface to battle off the line with Stichbury closely behind them. Penrose then took control of the race a few laps in before Stichbury grabbed the lead briefly on lap five. Penrose then usurped Stichbury and took the lead again on the penultimate lap, a move that would prove crucial.

Meanwhile down the pack, Frazer was setting blistering lap times attempting to catch up to the front end of the field. Frazer pushed just a little too much and ran way off at turn one on the sixth lap, he then rejoined the without damage.

Also exploring the outside of the racetrack was Havelock North’s Ronan Murphy who ran off and got stuck in the gravel at the final corner on lap seven, prompting a safety car which would control the field until the chequered flag.

Penrose extends his championship lead out to 67-points over Crawley who narrowly holds second over Frazer by four-points.

The ITM NZ Formula Ford Championship is back on track next weekend at Hampton Downs for round four of the season. 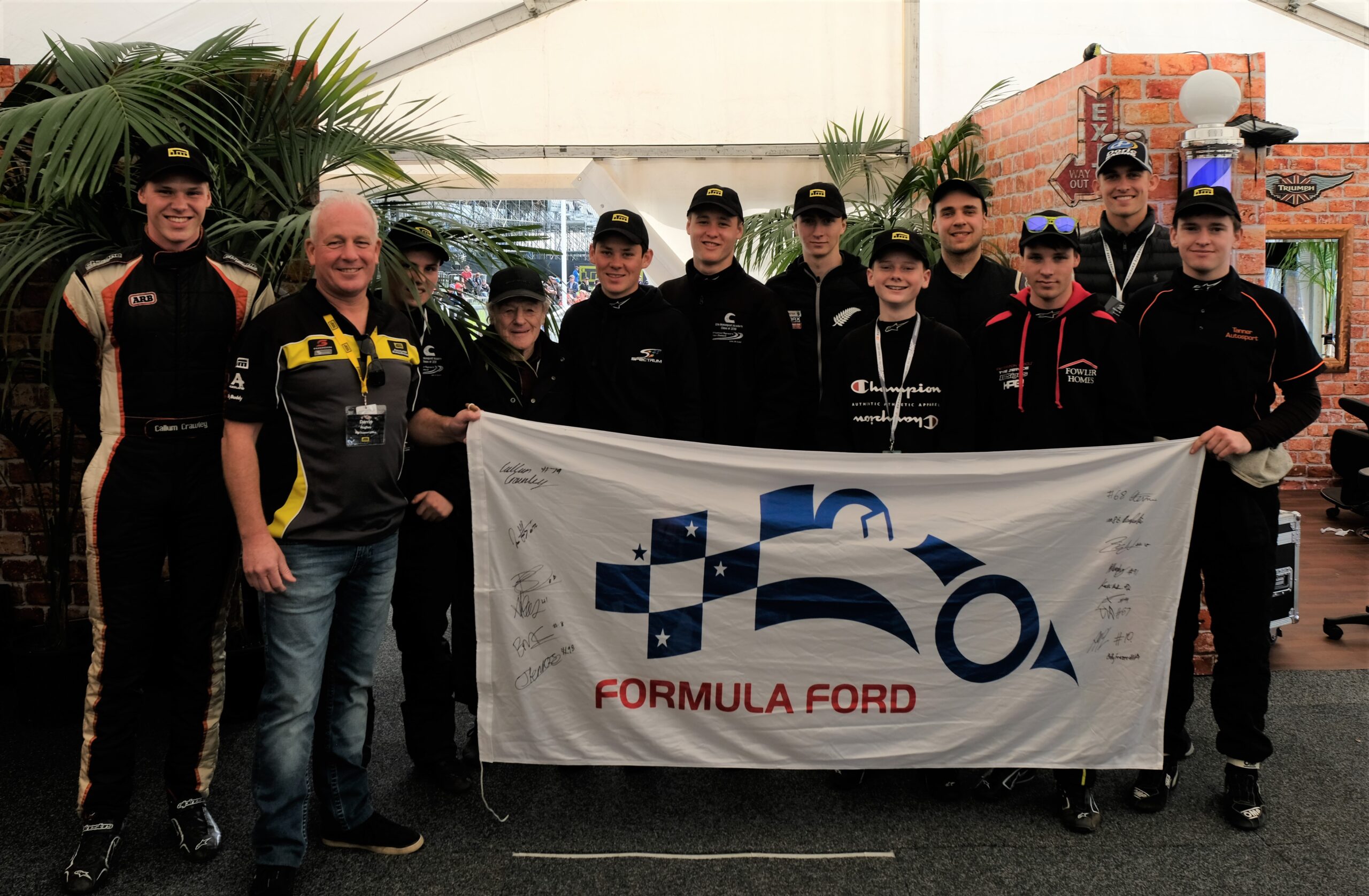 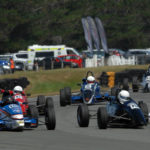 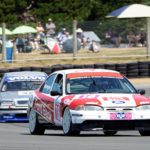