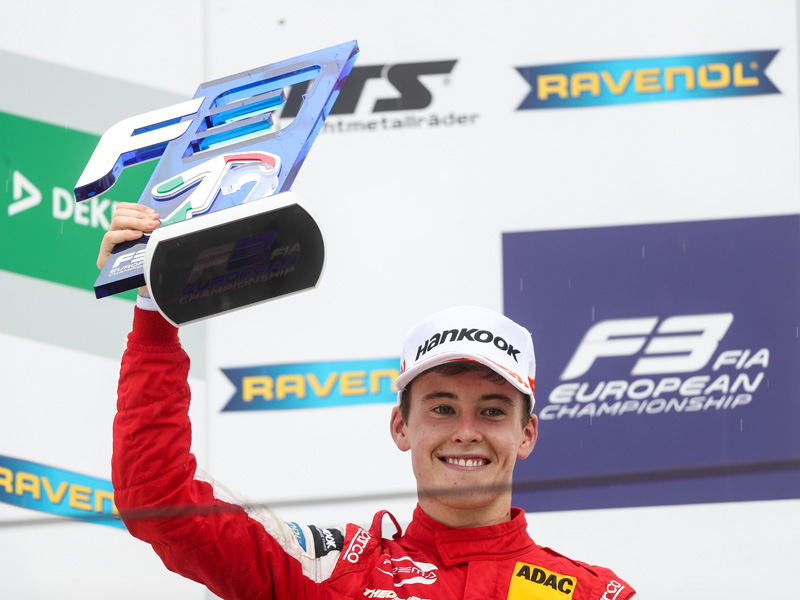 A weekend of two halves for Armstrong

Just a few short days after racing at Silverstone, FIA F3 were back in action at Misano this weekend. Back battling his rivals, Marcus hit the Italian track for what proved to be a weekend of two halves, which saw the Kiwi racer add another podium to his tally.

The 4.226 km long Misano World Circuit Marco Simoncelli, offers long flowing corners and plenty of room to explore the edges of the track. With the weekend taking a different schedule format to the usual, as the support series for the DTM night race, the young drivers were offered a new challenge in racing under darkening skies with an late afternoon to evening running.

Promising pace
Having raced at Misano during his Italian F4 title campaign last year, Marcus was quick to showcase his pace against the highly competitive field. His impressive pace across free practice saw him running at the sharp end of the timings across the combined sessions alongside his PREMA teammates.

In a thrilling qualifying session on Friday evening, the Kiwi racer left it all out on the track, putting in lap after lap of promising pace. With the clock ticking down, Marcus ended the session a tiny hairsbreadth shy of pole position, just 00.019 away from teammate Schumacher. Racing in front of home crowds, the Italian PREMA team proceeded to lock out the first four places on the grid ahead of what was set to be an exciting weekend of racing.

All-PREMA podium for Marcus
Eager to race on Saturday afternoon, Marcus closed his visor with sights set on capitalising on his clean run to the first corner. With a stellar start at lights out, he immediately looked to pressurise Schumacher as the pack poured into the opening tour of the sweeping circuit. Expertly holding his line, he fended off the challenge from behind and set after the leader. But with a clear road ahead, Schumacher began to pull a gap. Carving his way round the familiar track, Marcus continued to run an inch perfect race to maintain his advantage on the chase behind him, taking 2nd place at the flag.

Making his 8th visit to the podium in a hard-fought campaign, Marcus reflected on a strong team result:

“Mick was really good on the opening lap and was able to pull a gap straight away. After that, I was no longer in a position to still put him under pressure, although I had actually planned it. I think that the PREMA Theodore Racing team is so strong here at Misano as both the team and we as the drivers have a lot of experience at this track.”
Pushing for Pole

Under stormy skies and confident in his speed and ability, Marcus’ competitive spirit was set alight as he vied for pole position in the second qualifying session late on Saturday evening. Building on sensational pace across all the timed sessions in the weekend, Marcus scored himself two more front row starts for the remaining races, sealed with pole position for Race 3.

“The pace is amazing, I just went flat-out, it was great fun.”

With many of the grid suffering penalties for track limits during qualifying, Marcus was demoted to P9 for Race 2. Ready to fight back he unfortunately found himself immediately bogged down at the race start, but soon gained speed to mount his attack. Running a resilient comeback from the back of the pack to cross the line in P13, unfortunately missing out on a points paying position. Putting the race behind him, the resolute racer eyed his chances in the final race, where he would start from pole position.

Dealing a cruel twist on Sunday evening, a deluge of rain soaked the 4.226 km long track, starting behind the safety car on a siting lap, Marcus battled to keep his tyres warm whilst trying to avoid the risk of aquaplaning.

With limited visibility, the race was red flagged and all the cars peeled into the pits awaiting the conditions to improve and a final challenge of the weekend to begin. As rain died down, the field eventually were given their chance to battle, once the safety car had released the pack, Marcus lead the tentative charge with a commanding lead. Benefitting from the lack of spray, he powered with great precision to search for any hint of a dry line, whilst the pack tiptoed behind. But on a drying track, Marcus soon found himself under pressure from Aron, fighting hard the pair left racing room, but the Estonian just caught more grip and snook into the lead before the race was neutralised by a safety car period.

Bunching up for the restart, Marcus fought to keep the early advances of those behind him whilst anticipating the launch of the leader. Suffering wheelspin, Marcus lost places as the race resumed, but whilst fighting to regain his position the Kiwi was dealt a heartbreaking blow, hit from behind he was sent spinning, which ultimately brought his weekend to a tough conclusion.

As the FIA Formula 3 Championship moves to Nurburgring in two weeks time, determined Marcus looks to build upon his strong performances and reverse his misfortune. Earning 18 points across a tricky weekend, Marcus Armstrong sits 3rd in the championship standings with 190 points. 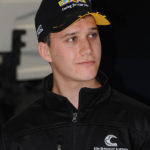 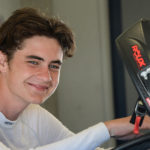 Ransley back for Toyota 86 Championship challenge