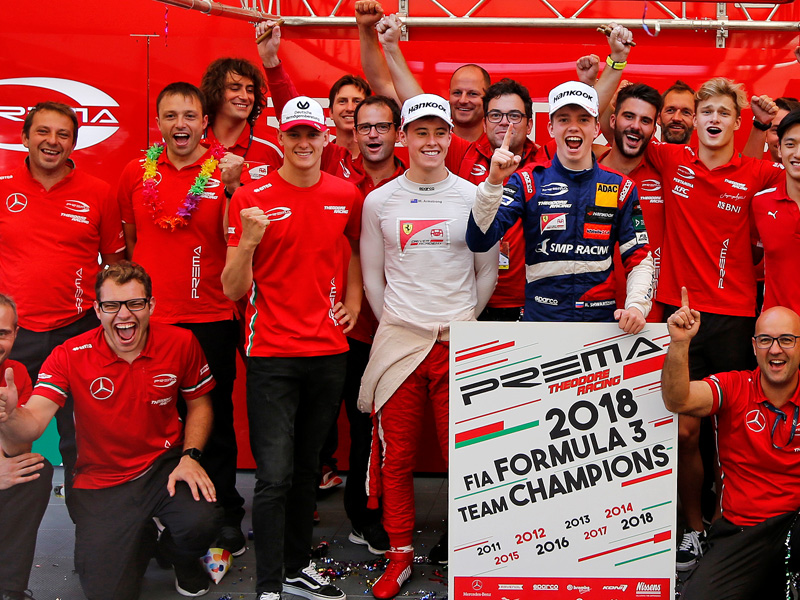 With hunger and determination, Marcus Armstrong took to the Red Bull Ring this weekend, for the penultimate round of FIA Formula 3 Championship. Relentlessly battling from start-to-finish, the Kiwi driver added another podium to his tally, earning a strong haul of points along the way.

Set high in the Styrian Mountains, the 4.318km ribbon of tarmac features a series of fast corners and undulation changes, in one of the shortest tracks on the calendar. With a picturesque back drop, the Austrian track offers drivers a high-speed, technical challenge, which Marcus was more than ready to tackle.

Having tested at the track earlier in the year, the grid began testing the limits of the track to put in their fastest lap times throughout free practice and qualifying, causing many times to be deleted. With acute skill, Marcus found his edge to put his car right in the sharp end of the timing screens. Placing himself 3rd on the grid for Race 1, Marcus focussed on putting pressure upon his rivals when racing got underway on Saturday morning.

With rain drenching the track, it was clear that finding grip was going to be the flavour of the day. Confident in his ability, Marcus was geared up as the lights went out for the steep uphill climb into Turn 1. Gaining an advantage on those around him, the Prema Theodore Racing driver launched to be right on the tail of the leaders as they swept and swerved for position ahead of him. Unfortunately struggling to keep temperature in his tyres against the cold, damp surface, Marcus soon found himself under pressure from Habsburg, who made a move for third place on the inside. Not one to relent a position easily, the 18-year-old racer hooked right into the gear-box of the Carlin, attempting his own move round the outside. With the tricky conditions just halted his progress, he bided his time before soon scoring his way through to claim the position. As the race ran on, Marcus held off a tough challenge from Palou, putting his car in all the right places until with better traction, Palou was able to take the place. Crossing the line in 4th, Marcus took a strong points finish for his campaign.

With impressive pace throughout the qualifying session on Saturday, Marcus held the fastest lap and provisional pole, until the intrepid Kiwi was narrowly pipped to the post in the dying moments of the session. Earning a front row start, Marcus was ready for battle against points-leader Schumacher on Sunday morning.

Under dry conditions, the second race of the weekend provided a chaotic and action-packed run for the young grid of racers. With Schumacher pulling away from the field, Marcus turned his attention on fighting off any challenge from behind. Making a name for himself through his smooth yet tenacious driving style, Marcus managed to hold off all efforts from Shvartzman and Vips, in supreme fashion before pulling his own gap. With the first safety car restart, Marcus eyed his opportunity to challenge for the lead, eagerly welding himself to the rear of Schumacher, but was unable to find his way through. Handling the pressure of not one, but two safety car restarts, Marcus held his own through the second, carving perfect lines to stop any advances from behind. With one more safety car appearance ending the race, the Ferrari Driver Academy star finished a mature and relentless charge, to scale the podium for the 9th time. Earning fastest lap honours along the way.

Reflecting on his fierce battles: “I really enjoyed the battle with Robert for second place, it was fair and we both gave each other enough room. Early on I tried to move further up to the front, but it wasn’t particularly easy and Mick drove very well. When I made a slight mistake I damaged my left front tyre, which made my race more difficult.”

Pushing from fifth on the grid for the final outing at the Red Bull Ring, Marcus gave a stellar start to take 4th through the first corner. Charging from the off, Marcus ran side-by-side with Aberdein throughout much of the opening lap, inching ever closer to take 3rd place. With every slight chance, he simultaneously held off those trying to gain an advantage from behind, in a thrilling edge-of-seat chase. With pressure mounting as they ran the high-speed Austrian circuit, he found himself three-wide with Ticktum and Aron, the trio giving just enough racing room. With the better line, Ticktum just managed to take the position. Despite being able to give chase initially Marcus kept his race controlled to pick up 5th place on the line.
With his consistent point-scoring campaign throughout the season playing part to their success, Marcus joined his teammates and mechanics, to celebrate the Prema Theodore Racing team sealing the team’s championship with one weekend left to run.

Praising the hard work of the team Marcus commented: “The guys have done an amazing job all year and they really deserve this. The car always feels great and we’ve dominated the championship. I’m sure we’ll celebrate in style”

Earning 40 points across the 3 races, Marcus now sits 3rd in the Driver’s standings with 260 points.  With the title still mathematically within reach, Marcus focusses on ending his campaign on a high, when the FIA Formula 3 Championship reaches its finale at Hockenheim in just two weeks time. 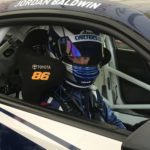 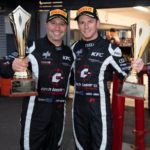