Thomson makes step up at Whangarei

Christchurch’s Dylan Thomson has made a big step up in speed at the second round of the Brian Green Property Group New Zealand Rally Championship, the ENEOS International Rally of Whangarei.

In what represented his second event in the Specialised Auto Services Subaru Impreza WRX STI, Thomson was confident of improved pace heading to the event after multiple enhancements in the vehicles set up.

Having made a strong start on the Friday night super special stages, where he sat just outside the top ten in front of the large crowds, Thomson was forced to nurse an overheating engine in the opening special stages of the event, but was able to maintain position and even set an eighth fastest stage time on stage six to sit tenth as he and co-driver Amy Hudson returned to the safety of the service park.

With the team able to rectify the overheating issues at service, Thomson really pushed on, consistently moving further up the leaderboard over the afternoon stages, including a top five stage time on stage nine, to sit eighth overnight.

The final day of the event saw a further eight stages and Thomson again went from strength to strength, gaining in confidence with every stage kilometre. On treacherous roads that saw many of his rivals leaving the road and failing to finish, Thomson was able to bring his car home in fifth place overall, earning him the Dunlop Drive of the Rally.

“It was certainly a huge step forward both with me and the car at Whangarei, we have made great progress and I’m really happy with the result. The set of tyres from Dunlop is an absolute bonus,” said Thomson. “With the changes to the car, it’s like night and day to Otago. Now we just need to keep progressing.”

Thomson currently sits sixth in the NZRC standings heading to the third round of the series, his home event, the Lone Star Rally Canterbury on June 2. 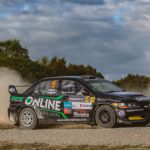 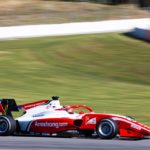