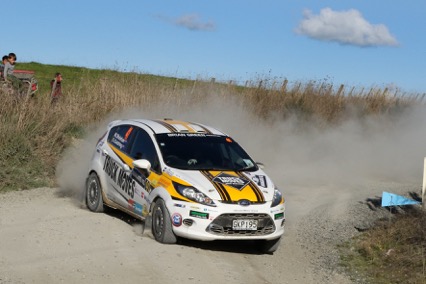 Queenstown’s Mike Sheehan has extended his class lead in the Brian Green Property Group New Zealand Rally Championship after the second round, the ENEOS International Rally of Whangarei, held over the weekend.

Having spectated the event last year, Sheehan was excited to compete on some of the most famous rallying roads in the world. In front of massive crowds, he safely negotiated Friday evening’s two super special stages.

With Sheehan working hard to concentrate fully on the pace notes, he was again able to push the Truck Moves Ford Fiesta R2 to another stage win in the afternoon, holding down a comfortable second place.

The final day of the event offered another eight stages, largely providing trouble free rallying, until the final stage when a spin nearly spelt disaster. With the help of spectators, Sheehan was able to get away without losing a position, meaning he could extend his lead in the NZRC two-wheel drive class to 30 points after two rounds.

“We had the most amazing rally, it was my first time at Whangarei and it was everything I had hoped for and more, so a huge thanks to the organisers that made it happen,” said Sheehan. “We had a really strong weekend, I made a huge step in the way I listen to the pace notes which worked well and we extended the championship lead, so that was fantastic.” 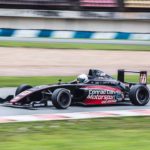 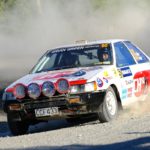