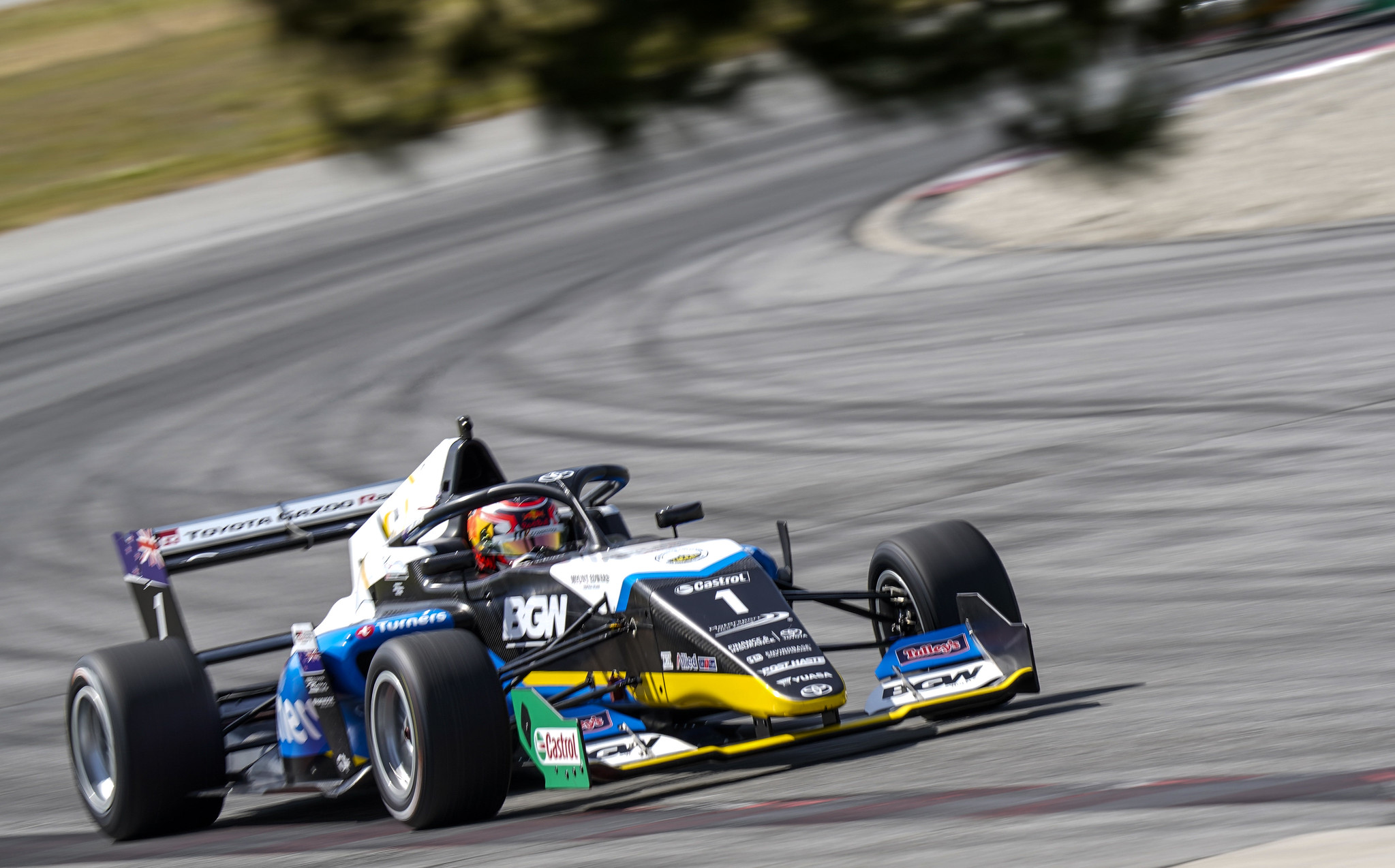 Brazil’s Caio Collet and his mtec Motorsport team were denied a first win in the 2020 Castrol Toyota Racing Series after a penalty for a practice start on the warm up lap handed race victory to reigning champion Liam Lawson.

Collet had kept a cool head and survived intense last lap pressure from reigning champion Lawson to win on the road. Lawson’s M2 Competition team, however, spotted a potential practice start on the warm up lap by Collet and protested the result. The stewards agreed, and rules mean Collet was handed a five second penalty which dropped him down the order to seventh.

With Amaury Cordeel side-lined with a suspected concussion after a testing shunt, 19 cars took the start and all got away cleanly. Lawson looked like he might threaten Collet from his front row slot but it was Collet who dived into the first chicane in the lead, with Lawson in hot pursuit in his M2 Competition machine. His team mate Igor Fraga made a great start from row two to slingshot past Giles Motorsport’s Lirim Zendeli and take third place as the field swept off onto the first lap.

At the end of lap one it was Collet, followed by Lawson, Fraga, Zendeli, Grégoire Saucy, Yuki Tsunoda, Franco Colapinto, Oliver Rasmussen, Petr Ptacek and a hard-charging Jackson Walls. Further back, Chelsea Herbert also got a good getaway and was up to 16th from the start, the 21 year old Kiwi girl battling in some style with more experienced single seater racers around her as the early stages of the race unfolded.

There was more bad luck for Puerto Rican Jose Blanco in his Kiwi Motorsport entry. After missing qualifying following his Friday testing accident he took the start from the rear of the grid in the repaired car, but was forced to retire on lap 2.

Lap two also saw the spectacular Walls have a big moment on the grass on the exit to the bus stop chicane. He recovered but dropped a couple of places and allowed Israel’s Ido Cohen in his M2 Competition car into the top ten.

The race progressed without drama, and with five laps of the 15 lap race completed, Lawson was still big in Collet’s mirrors and piling on the pressure and force a mistake from the 2018 French Formula 4 Champion. The leader, however, remained calm and composed and retained a lead of just under a second. The man to watch through the middle of the race was Fraga, who put together a string of fast laps and looked like he might start to pose a threat to the leaders.

It all became even more interesting on lap 10 when Henning Enqvist lost his car under braking for the chicane before the bridge and spun off into the tyre barrier. This forced a Safety Car and the recovery of the Giles Motorsport car, which was efficiently completed as quickly as the marshals could, but unfortunately left the drivers with just one racing lap before the flag.

Lawson made his intentions clear as the cars cruised up to the green light, planting his car firmly under the rear wing of Collet, but the Brazilian had it all in hand and fended off Lawson’s immediate challenge. The Red Bull Junior continued a feisty attack for the remainder of the lap, jinking left and right under braking several times over the course of the final lap, but Collet stayed calm and came home to take the first chequered flag of the new season.

Lawson was as satisfied as he could be inheriting the win. “We had a descent start but I couldn’t quite get Caio off the line,” he said. “The cars have a lot of downforce, more than last year. Around a track like this with lots of long corners, there aren’t that many places to pass. I tried but I just couldn’t get close enough. It’s the first race of the season and I didn’t want to risk anything. At the end of the day it’s a solid result but we need to go a bit better in qualifying. There’s still more speed in the car.”

After the results were amended, Fraga came home an impressive second with Grégoire Saucy third for Giles Motorsport. Zendeli, Colapinto, Tsunoda, Rasmussen and Ptacek crossed the line just fractions apart to finish fourth, fifth, sixth. Collet was classified a disappointed seventh with Rasmussen eighth and Ptacek ninth. Spike Kohlbecker made it two in the top ten for Kiwi Motorsport after their own challenging start to the 2020 championship. 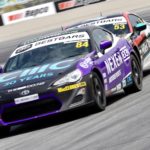 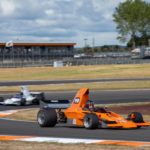