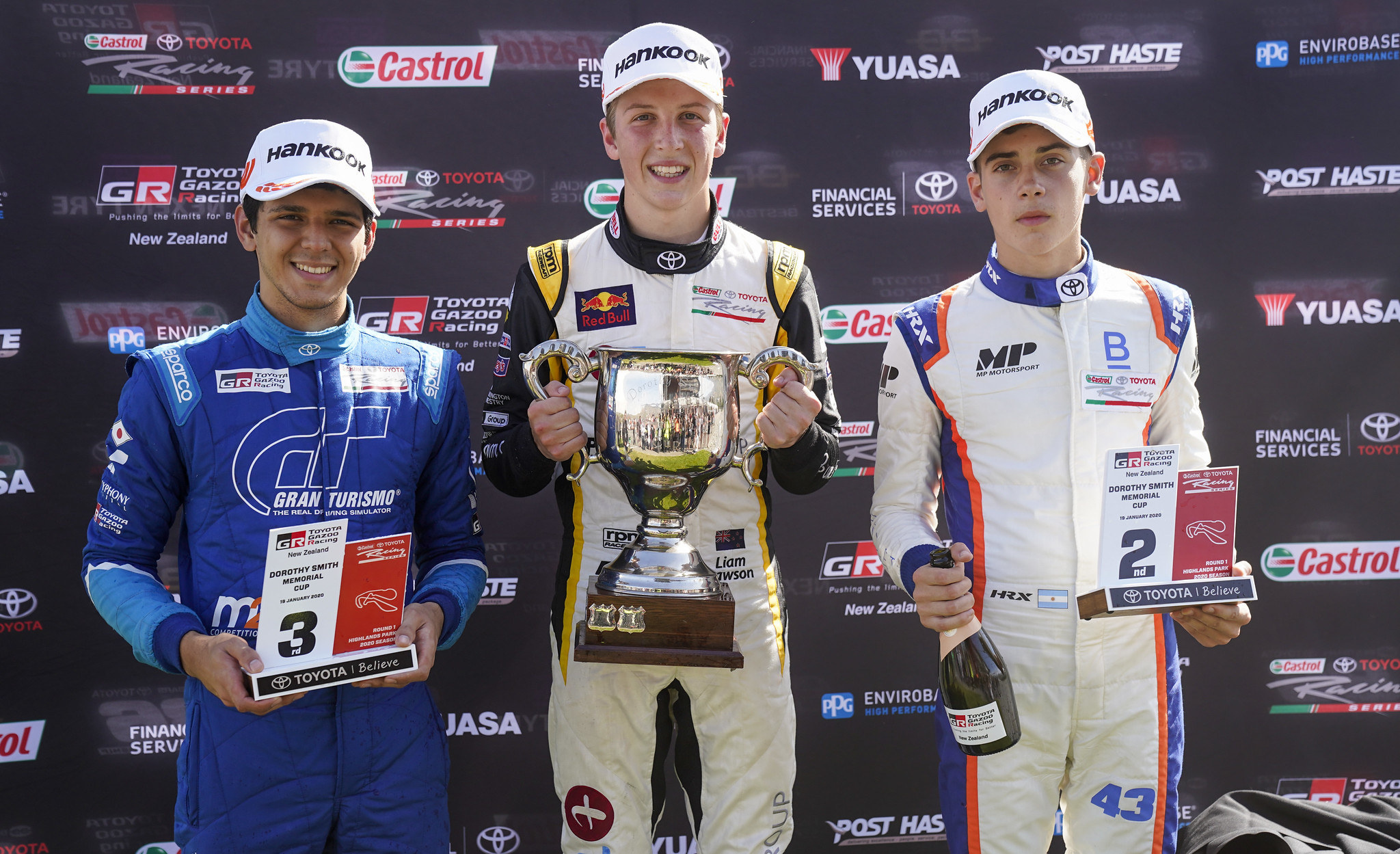 New Zealand’s Liam Lawson got the defence of his Castrol Toyota Racing Series title off to the best possible start with a dominant victory in the feature race at Highlands Motorsport Park, his second win of the weekend enough to give him the championship lead.

His second Dorothy Smith Memorial Trophy race in a row became a lot easier when fellow front row sitter Caio Collet, who had all but matched him all weekend for pace, pulled into the pit lane at the end of the warm up lap. Undiscovered damage from the Brazilian driver’s morning trip into one of Highlands’ unforgiving concrete walls was the culprit and it completed a miserable weekend for the mtec Motorsport driver. Losing a win on Saturday after an illegal practice start on the warm up lap, then hitting the barriers in the second race compromised his weekend massively and the driver with perhaps the best chance of challenging Lawson is already on the back foot in this year’s championship.

Lawson won the race with ease and survived a Safety Car restart after Jackson Walls stopped his car out on the track to romp home over two seconds ahead of second placed Franco Colapinto, the Argentinian driver improving dramatically from the start of the weekend to the finish for Kiwi Motorsport and marking himself out as a definite contender for race wins, if not the title. It was, said the Kiwi, a little bit tougher than it looked.

“It was actually a very challenging weekend, this car is a lot more physical to drive than last year’s,” he said. “The longer races at the end of the weekend are very tough. I wanted to maximise points today and I’m very happy to have achieved that.”

Lawson’s M2 Competition team mate Igor Fraga also put in a solid performance in the 20 lap race and made it home in third for the final place on the podium.

The start was the most frantic of the weekend, with several cars taking to the grass over the first chicane as the field surged through. With far less pressure given Collet’s absence from the front row, Lawson made a textbook getaway from pole position and never looked back.

There was an interesting battle for second, third and fourth for much of the first half of the race as Colapinto, Fraga and Yuki Tsunoda battled it out. The Japanese driver had no answer to the speed of the cars in front and had to settle for fourth, some way behind his fellow Red Bull Junior Lawson.

The major interest in the race centred on a great battle for sixth between Israel’s Ido Cohen, another to have made quiet but definite progress over the first weekend of the championship and series returnee Petr Ptacek. The Czech racer has a few miles under his belt in the Tatuus chassis used in the new Toyota FT60 and it snowed as he hustled it round and made several big moves to wrestle the position from M2 Competition’s Cohen. He made the most of the restart towards the end and eventually got past Ido on the final lap.

At the flag it was a delighted Lawson for M2 Competition, with Colapinto two seconds behind in second. Fraga was third with Tsunoda fourth. Grégoire Saucy completed his solid weekend with another run at the front of the midfield pack to claim fifth, albeit after a lonely run in the final race. Ptacek was a delighted sixth, Cohen seventh and Lirim Zendeli, who had started the weekend as one of the pace setters, a somewhat subdued eighth.

Emilien Denner, fresh out of karting and in his first weekend in circuit racing, saved his best performance of the weekend for the feature race and brought his M2 Competition car home ninth, with the last place in the top ten going to mtec Motorsport’s Lucas Petersson.

The championship moves quickly to its other South Island destination in New Zealand, the Teretonga Raceway just outside of Invercargill. Lawson has the initiative but Caio Collet, mtec Motorsport engineered by R-Ace GP, the rest of the teams and several drivers will be aiming to take the battle to the Kiwi as quickly as possible. 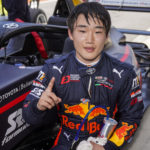 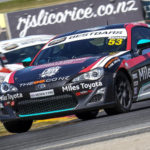