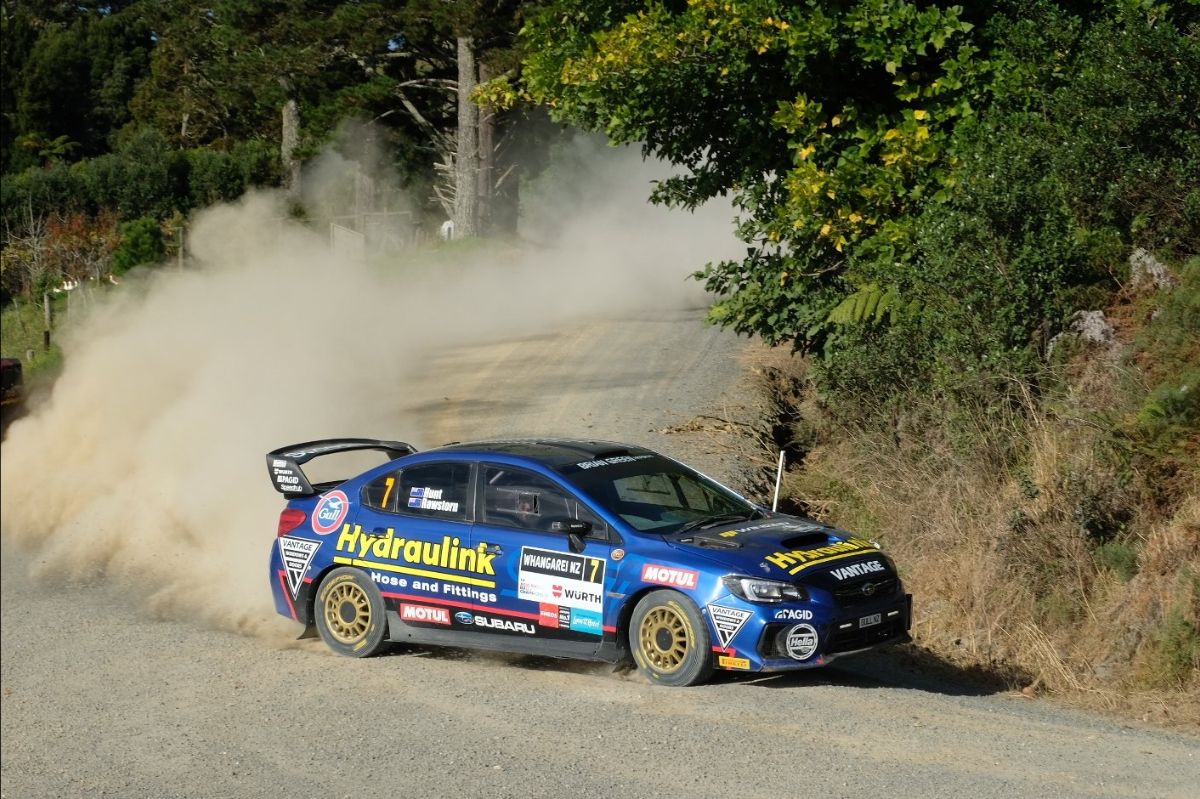 Ben Hunt and Tony Rawstorn have gone back-to-back in the Brian Green Property Group New Zealand Rally Championship and opened up a healthy championship lead with victory at International Rally of Whangarei Sunday.

The Hydraulink Subaru pair started the day in a tight battle with Stephen Barker but pulled away through the morning loop of stages south of Whangarei before Barker made a mistake just before the lunchtime service and went off the road.

In the end Hunt took the win two minutes and 57 seconds clear of second-place Josh Marston in the Holden Barina while Andrew Hawkeswood was third in his Mazda.

“It was fantastic,” Hunt said. “Stephen pushed us pretty hard this morning and I got out of bed and dressed this morning pretty determined. We made a bit of time on him in the first three stages before he had a problem.

“It was a great battle all weekend.”

Kiwi Asia Pacific star Mike Young recovered to finish fourth while Dylan Thomson battled gremlins in his Subaru on Saturday but enjoyed a better run on Sunday to finish fifth – his best ever NZRC result. Thomson collected the Dunlop Drive of the Rally for his troubles.

International star Ken Block suffered further power steering dramas in his Ford Escort Cosworth and was forced to retire for the second day running. He had plenty of company with a big attrition rate on the challenging fast stages south of Whangarei. Dylan Turner ran into problems late with a podium finish in the offing while Skoda driver Kingsley Jones blew a good result with a small but costly mistake to start the afternoon loop.

Marcus van Klink and Dave Neill secured a second straight overall 2WD victory in their Mazda RX8. Van Klink fought back from an overnight deficit to take victory over the Ford Escort of Anthony Jones.

Robbie and Amy Stokes bounced back from their scary Otago crash to take victory in the FIA Group N 2WD category while Mike Sheehan and Glenn Goldring secured a solid second place to protect their championship lead.

Jeff Judd survived an off-road excursion on the final stage before lunch to earn victory in the Historic 2WD class. He and co-driver Sarah Brennan limped back to the lunchtime service and battled through the afternoon stages to make it home.

Irishman Frank Kelly picked up the HELLA Moment of the Rally for his spectacular off on Saturday when he slid off the road, through a fence and into a trough, splashing water everywhere and damaging his famous Baby Blue Ford Escort.

The Championship moves back south again next month with Rally Canterbury on Queen’s Birthday Weekend. 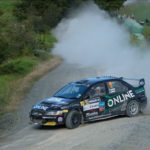 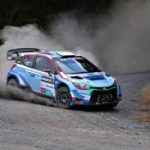