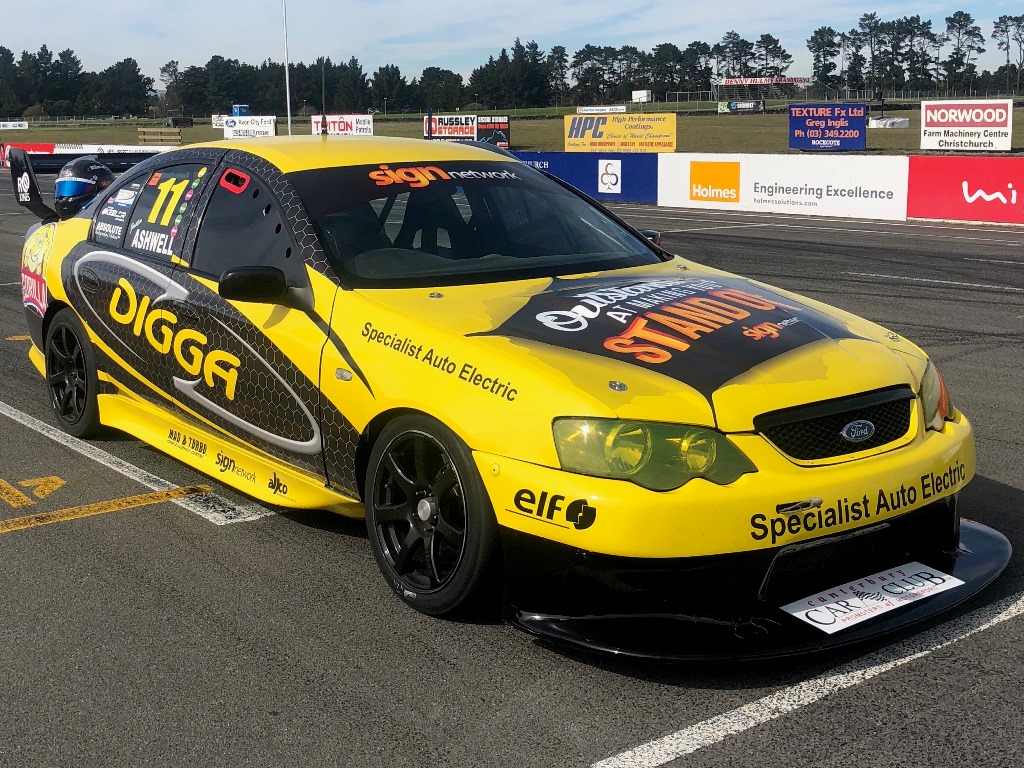 A championship podium finish is the aim for Christchurch driver Justin Ashwell in class two of the BNT V8s this season.

“We had a mixed season last year. We completed all rounds with no DNF’s and no penalties, we just didn’t have car speed,” said Ashwell.

During the off season break, Ashwell says he and his team have put a lot of effort into making sure he and his new look Digga Ford Falcon will be contenders come round one of the championship at Pukekohe, November 2-4.

“We were was chasing an electrical issue for three rounds last season, so we’re on top of that now. We are feeling more prepared than last year. We’ve managed to get some weight out of car and we’ve done some further testing which has helped us.”

Ashwell finished fourth overall in the 2017/18 season, also winning the Team of Year for class two in the process.

“This year the aim is to finish all races and rounds and to bring back a straight car. Podiums are always nice. If we get good results, the championship picture should just take care of itself and we’ll see where we are by the end of the final round at Hampton Downs. 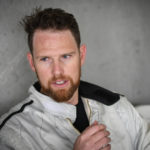 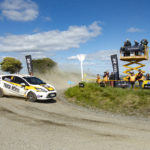