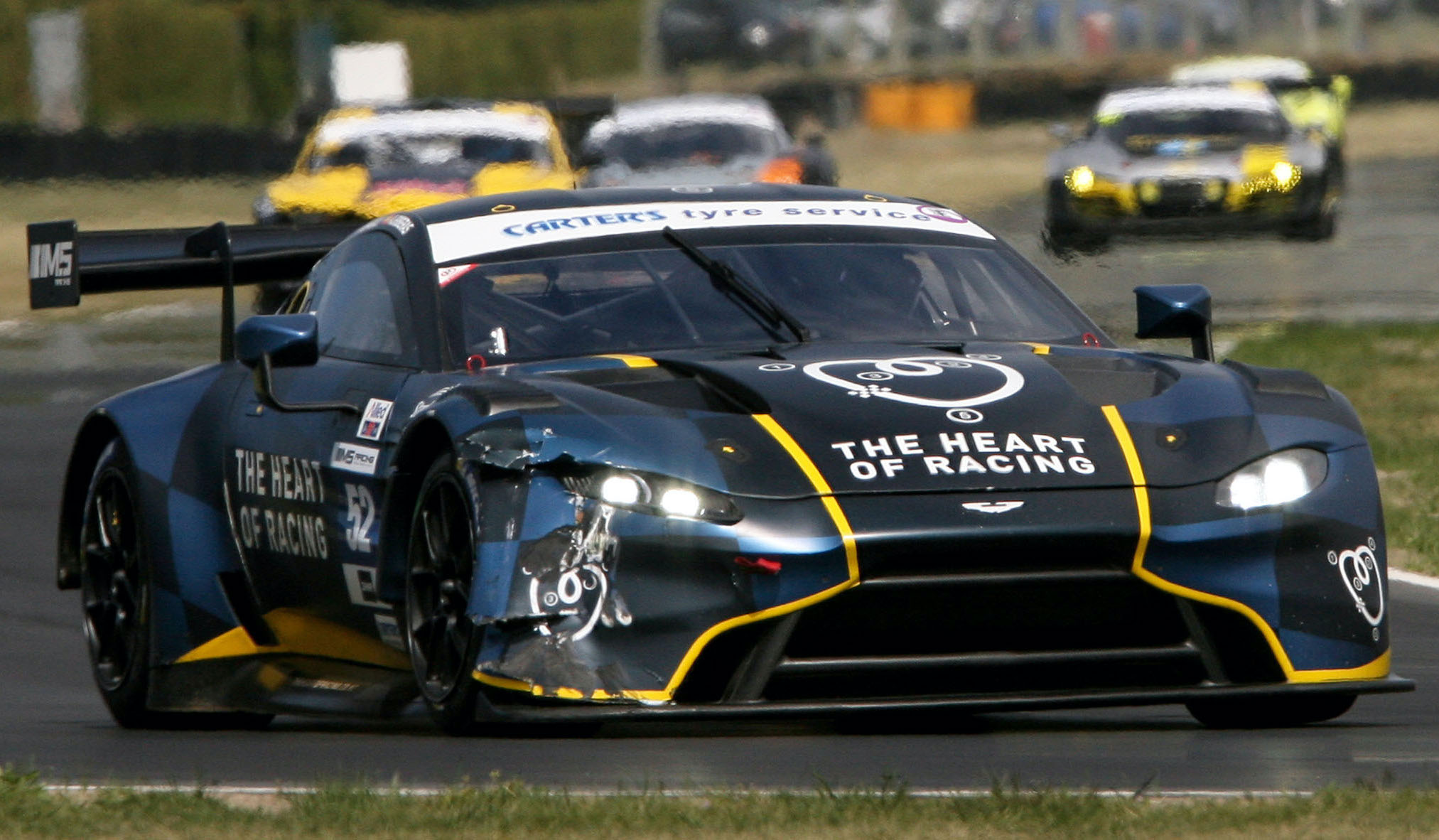 “The overall result is just awesome’ said Kelly. “Stoked to come away with the title. It’s a tough track to get around with lots of traffic.

“We were really pushing hard for the (race) win but so pleased to win the title for the team. Everybody in the team has done amazing work to get us here today.”
Riberas and Kelly had already won the first two rounds held in Invercargill and Christchurch and headed to Timaru as favourites.

The need to finish every round is imperative and immediately there was drama right from the start of the race with Foster’s Audi spinning off into the grass at turn one, having been tapped by a fellow competitor and in turn clipping the front of Kelly’s Aston. Unscathed, Kelly didn’t hesitate and took the lead coming out of turn one, while Foster dropped out of the top ten. Gilbertson (Chev Camaro GT3) settled into second with Andrew Waite/Scott O’Donnell (Audi R8 LMS) third followed by Brendon Leitch/Christina Orr-West (Audi R8 LMS).

It wasn’t long until Foster got back to second and an arm-wrestle begun amongst the top five cars. Behind this another battle was developing between the Aston Martin Vantage GT4 of Daniel Gaunt/Aaron Slight and the Paul Kelly/Anthony Leighs Porsche 991.2. A compulsory pitstop near the midway point for fuel, tyres and a driver change had little impact on the outcome of the race.

While they led for most of the race, a late splash-and-dash for fuel when the safety-car came out, with less than a third of the race to complete, saw the Heart of Racing Aston Martin drop back to second. Reid, who had taken over from Foster, had been deliberately saving fuel and stayed on track, taking over the race lead.

The safety car period was a result of a racing incident between the Chev Camaro GT3 of Simon Gilbertson/Jonny McIntyre and the Aston Martin Vantage GT4 of Daniel Gaunt/Aaron Slight, which saw both cars out of the race.
“Neil’s (Foster) first stint was amazing,” commented Reid. “It’s easy to get rattled when you’re punted off the track and the ‘red-mist’ comes down. He kept his cool and drove straight back to the front. I was saving fuel right from the get-go and it worked really well today.”

The round saw several one-off appearances with drivers attempting to qualify for the New Zealand Endurance Championship in two weeks’ time.

Also looking to qualify was the very quick Audi R8 LMS of Scott O’Donnell/Andrew Waite. This was the car that was narrowly defeated for the title last season by Foster and Reid and today showed why it is so quick, running in the top three all day.

Participation in the Carter’s Tyres South Island Endurance Series is also a qualifier for the national title race in November. Highlands Motorsport Park in Cromwell will host the New Zealand Endurance Championship for both One and Three Hour titles on Saturday 7 November. 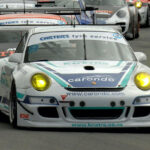 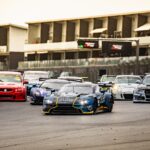