Christchurch’s Dylan Thomson will be doing his best to farewell the two-wheel drive ranks in style at the final round of the Brian Green Property Group New Zealand Rally Championship, the Hyundai NZ Raglan Rally of the Coast, this weekend.

Thomson and co-driver Amy Hudson head to the Raglan-based event having achieved what they set out to this season, having already sealed the Motorsport NZ two-wheel drive, front-wheel drive and junior championships with a round to spare in the Total Lubricants Ford Fiesta ST.

Thomson is well aware that backing off can often lead to a lapse in concentration that can end with a car off the road and while he knows that a big push is required to capture stage records on roads formerly used in the World Rally Championship, especially with the forecasted rain, the 23-year old is keen to end his days in the two-wheel drive ranks in style. That will be no easy task, with Thomson acknowledging the huge increase in pace from rivals Robbie Stokes and Jack Hawkeswood.

It is an event that Thomson enjoys, with the roads making up the opening day of last year’s Rally New Zealand. Thomson entered that event with an outside chance of the overall Motorsport NZ 2WD championship, but having mastered the roads and tricky conditions, finished the opening day with that title all but sewn up. This year, he has been the benchmark in the category and defended his title.

“It’s going to be awesome to get back on the roads around Raglan, we really enjoyed them last year and had some really, really good results. The weather might not help us with a stage record through Whaanga Coast, but this is the last event before we move into the Specialised Auto Servies Subaru Impreza for 2019, so we want to go out in style,” says Thomson. “It won’t be easy though, both Robbie and Jack have caught up to us a heap this year, which is really good, it certainly keeps me on my toes.” 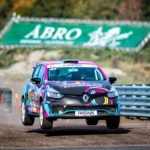 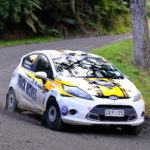