TOYOTA GAZOO Racing New Zealand has confirmed an extensive list of test dates at Hampton Downs with its current Toyota FT60 TRS car over the coming months as it continues its programme ahead of the 2022 Castrol Toyota Racing Series.

TGRNZ has already run a successful test day in the South Island at the Mike Pero Motorsport Park, Ruapuna which attracted some of the best young single seater drivers in New Zealand as well as Ben Taylor from Australia.

With testing dates every month for the next five months at the North Waikato track, there is a great opportunity for more Kiwis to test the car as well as Australian drivers.

The first test is scheduled for June 15th and 17th at Hampton Downs with additional dates also available in July, August, September and October. Whilst all are scheduled for the popular North Waikato circuit, it is also possible TGRNZ will test at other circuits in New Zealand during the same period once its 2022 championship calendar is confirmed.

“With the quarantine free travel bubble open between Australia and New Zealand there is a great opportunity for drivers to travel over and drive a current FIA specification junior formulae car with factory support,” said category manager Nicolas Caillol.

“This is almost certainly the safest form of international travel in the world today in terms of avoiding the risk of COVID and Melbourne based Ben demonstrated it can be done easily. We would love to see a few more drivers from Australia as we continue our 2021 test programme. The door is open.”

The FT60 testing opportunities represent incredible value for money in terms of track time and engineering support from TOYOTA GAZOO Racing. Half and full day options are both available and in both cases drivers get practice runs with full engineering and data analysis support, driver coaching and a fresh tyre run at the end of their session.

The test programme will also feature dates for the Best Bars Toyota 86 Championship which are set to be confirmed separately. 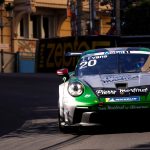 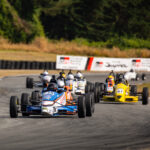