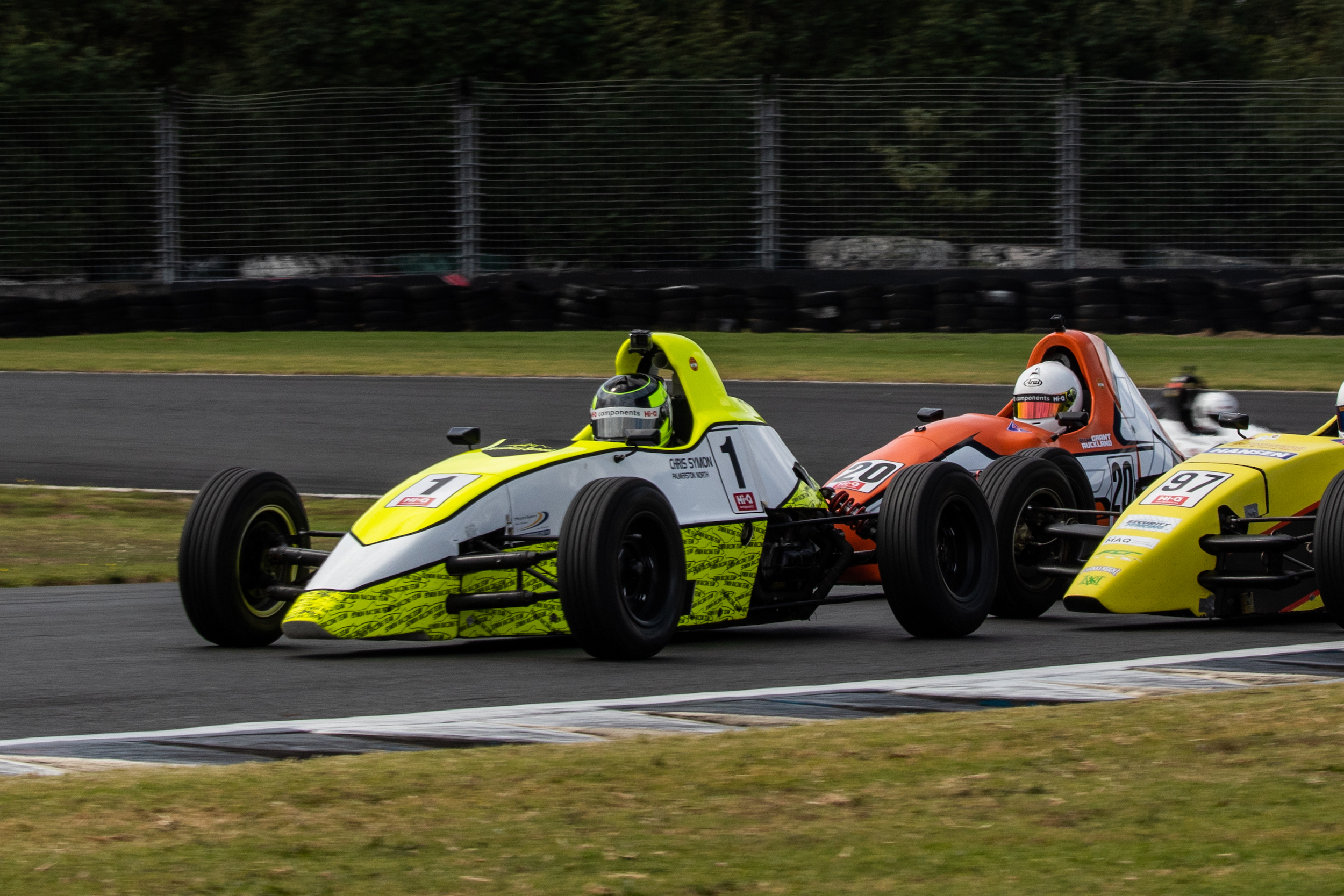 Chris Symon has won race nine of the Hi-Q Components NZ Formula First Championship at Pukekohe Park. Instead of snatching the win at the line, Symon managed to lead from the hairpin all the way to the finish line by the slimmest of margins. Leo Scott was second, 0.041-seconds behind Symon with Dylan Grant in third.

Zach Blincoe, fourth, was not far from the podium finishing just 0.006-seconds off third place. Jensen Foster was in the freight train right until the end, finishing fifth in the end. The top five cars all finished within three-tenths of a second.

Mason Potter, again starting from the front row, was shuffled back in the final run to the flag to finish in sixth place. Blake Dowdall came home seventh with Jenson Bate eighth and Hayden Lines ninths. Mauro Igelsias rounded out the field.