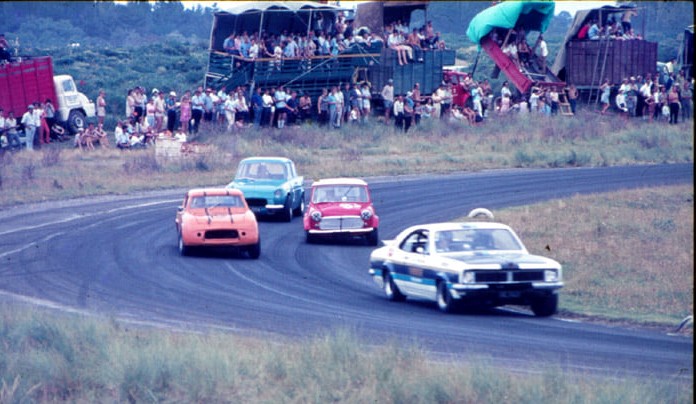 A car that ran at Teretonga Park in Invercargill back in 1970 in the Mercury 1000 Series is returning to the country’s oldest motor racing circuit when the Mobil 1 Classic SpeedFest takes place over the weekend of 19/20 February….52 years later

John McKechnie will bring the Team Cambridge Monaro south for its only appearance in the South Island this year. The car has a terrific history and the story of John and his journey from first seeing the car, to becoming its owner and racing it is simply amazing. To add to the great story it is coming south to honour a local man.

As a teenager, McKechnie was a surfer and had no interest in motor racing. A surfing trip to Port Waikato changed his life when his mates persuaded him to stop at Pukekohe on the way. “I got out of the car and heard the most beautiful sound. It was the Team Cambridge Monaro. I loved it because it was a typical kiwi family car. Three of my mate’s families owned one and my neighbour had one. It was a saloon, not a muscle car. It had flares, the Cambridge colour scheme, mags, webers and bonnet air scoops. I never went surfing again and I decided there and then I am going to get that car. I didn’t know that it would take me 42 years though.”

John saw the car racing in different driver’s hands over the next while and then it disappeared. “I bought a Monaro at one stage and sold it but one day I spotted a Monaro on an online auction.” He found photos of when George Bunce, one of the Monaro’s former drivers, had it and identified it as the Team Cambridge Monaro due to the fact that the petrol filler was behind the rear window. Successful with his bid the work started.

A series of remarkable coincidences then helped McKechnie restore the car. John discovered Rowan Harman, who worked for Bob Jane at the Calder Park Thunderdome in Australia, had the Moon manifold and 4 x 48IDA webers from the Monaro and then found a couple of wheels at a Pukekohe swap meet. He then tracked down a front wheel and had three of the four original wheels. Brake problems when the car raced at Bay Park on one occasion had meant the Corvette brakes the car ran were sitting long forgotten but John traced the disc calipers and rotors.

The rear wing the car raced with was specially imported from America by original driver Spinner Black. It was an unusual shape but John managed to find the same ones were used on Vauxhall Trans am Firenza’s in South Africa. The car maintains its original door and quarter panels and seats but for years the car had sat idle as no-one could fit an engine. “When I sold my HT Monaro, it was the wife of the guy that brought it that noticed that the engine mounts had been changed. The engine had been set down and back and she noticed that the mounts had been changed….all the guys for the past 30 years hadn’t noticed …a change of the front axle would have solved the problem. I just found a correct sump to get the 327 to fit properly.”

The car had sat around and deteriorated and it took 5 years for John to restore it. “I have restored it to entertain and for people to enjoy.”

The last part of an incredible story explains why the car is only coming south to race at Teretonga Park.

“It is coming south to honour Invercargill man Alex Brown,” says McKechnie. “Alex went to Wigram when Spinner Black was racing the car and it was at that meeting that another racing legend, Red Dawson, repeatedly hit the Camaro. Alex was involved in the fix and eventually ended up working for Spinner in Morrinsville. He got to know the Monaro intimately and when I was restoring it he was a lot of help. The car was the first one that Alex was involved with in motor racing. He also sorted the Camaro steering issues and it went on to win the Saloon Car Champs and Mercury Series..Alex is a very gifted person and I am bringing the car south to honour him, He has helped a lot of people and knows so much about suspension.”

It is a remarkable story, one that will be celebrated when the Monaro rolls out of the Teretonga Park pits to make its second ever appearance at Teretonga Park, 52 years after its first.

John is a member of the Historic & Vintage Racing Association and several cars from that group will run as invited cars as part of the Historic & Classic Saloons Pre 78 at the event, the first time any of the associations cars have run in the South Island.

The Mobil 1 Classic SpeedFest will be held at Teretonga Park over the weekend of 19/20 February within the rules and guidelines to comply with the restrictions set out in the Covid-19 Protection Framework (Red Traffic Light setting). 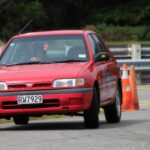 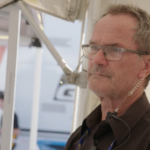