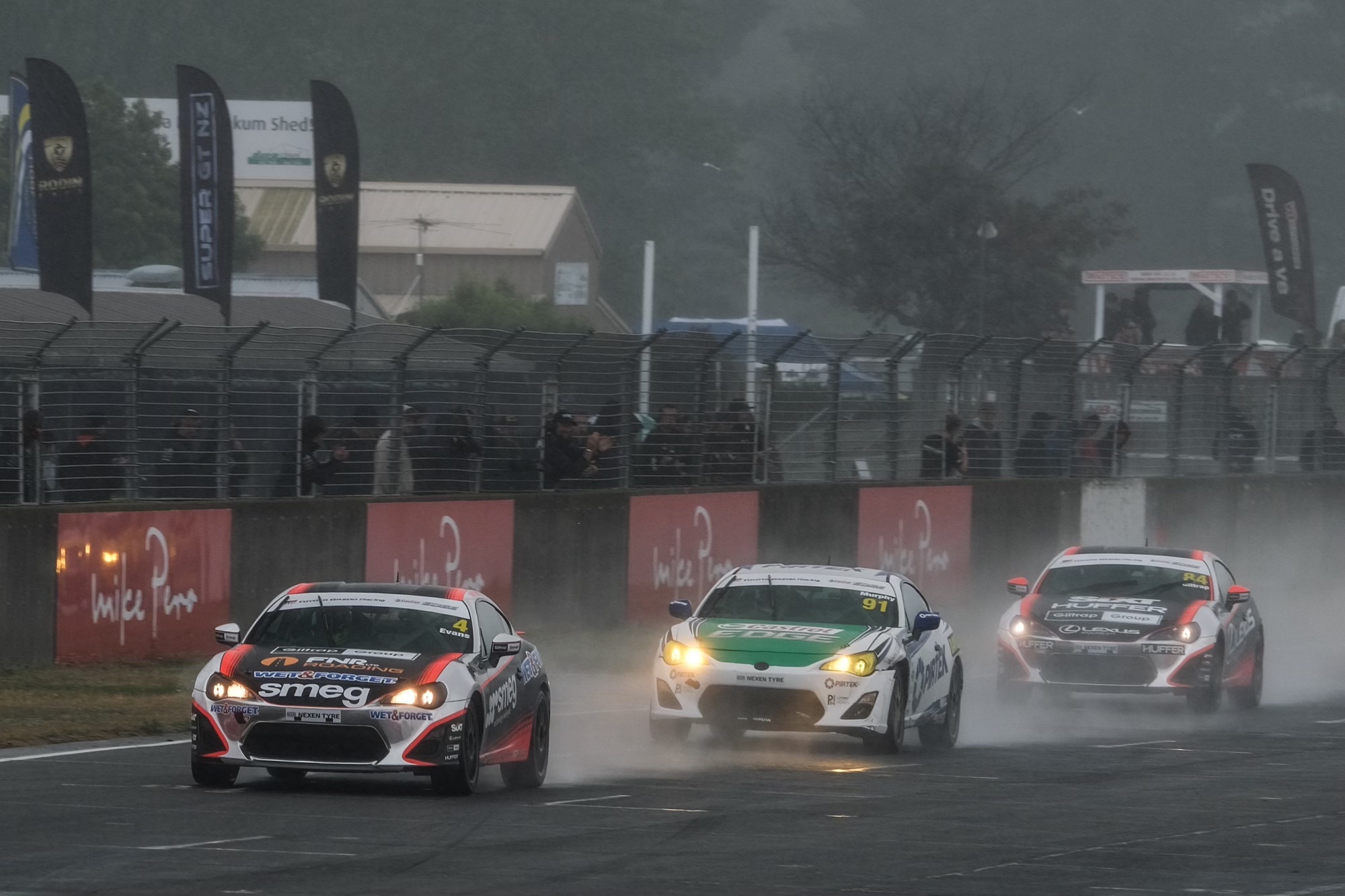 A Simon Evans masterclass in wet weather racing gave the Giltrap Racing ace a second victory of the season at the Mike Pero Motorsport Park this morning after a dramatic race in worsening wet conditions.

Evans inherited the lead when contact between leader Dion Pitt and second place Ronan Murphy spun the impressive rookie down to the back of the field and allowed Simon to zip through and take a lead he never looked like losing.

The reverse top ten grid from the Saturday finishing order saw Fynn Osborne and Matthew McCutcheon on the front row but neither were able to make a strong start in the conditions and it was Pitt and Murphy who were able to slingshot through and take first and second place out of the first turn. The surprise though was Evans who had leapt from the fourth row to third place after a superb getaway.

At the end of a frantic first lap it was Pitt who led from Murphy, Evans, Zac Stichbury, Hugo Allan, McCutcheon, Justin Allen, Rowan Shepherd and Marco Giltrap but the action was paused quickly after Sam Cotterill stopped out on the circuit.

Conditions had already begun to deteriorate further when the race was restarted and Pitt quickly assumed the lead again, with Murphy in hot pursuit and Evans playing the stalking horse in third. These three pulled away from a superb six way battle for fourth and they looked like they would dominate until the two leaders touched at the hairpin and Evans sailed through into a lead he maintained until the end.

As the conditions worsened, it was champion Rowan Shepherd and Marco Giltrap who emerged from the midfield pack to join the leaders in a four way battle for the lead and this became a six car battle as the race entered its closing stages. In a critical moment late on, Shepherd ran wide at turn one and went off. He did manage to recover but ultimately dropped to 10th place – leaving Evans the winner on track, from Murphy and Giltrap.

Unfortunately for Murphy, race officials gave him a five second penalty after the race for the move on Pitt, relegating him to an eventual sixth. For Evans though, a win was the dream result.

“I was robbed of my reverse top ten forte race last weekend so I had to make up for that one, but it was a great start today and coming out of turn one in third was ideal really,” he said afterwards.

“The task then was to pick off the guys in front one by one but it turned out I benefitted from the two ahead unfortunately making contact. That was unfortunate for Dion who looked strong in the lead. That put me in front but it is very hard to lead here and in those conditions it was certainly a big challenge, but I’m very happy to have secured another win.”

Further down the field, Pitt made a strong recovery from his trip to the back and worked his way through the field impressively to finish a fighting, but disappointed eleventh.

With Saturday’s race and Sunday morning’s race completed, the afternoon grid for the 12 lap feature race will start from a grid formed on points scored across the weekend. That will put Simon Evans on pole position and Marco Giltrap alongside him for an all Giltrap Racing front row. 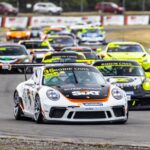