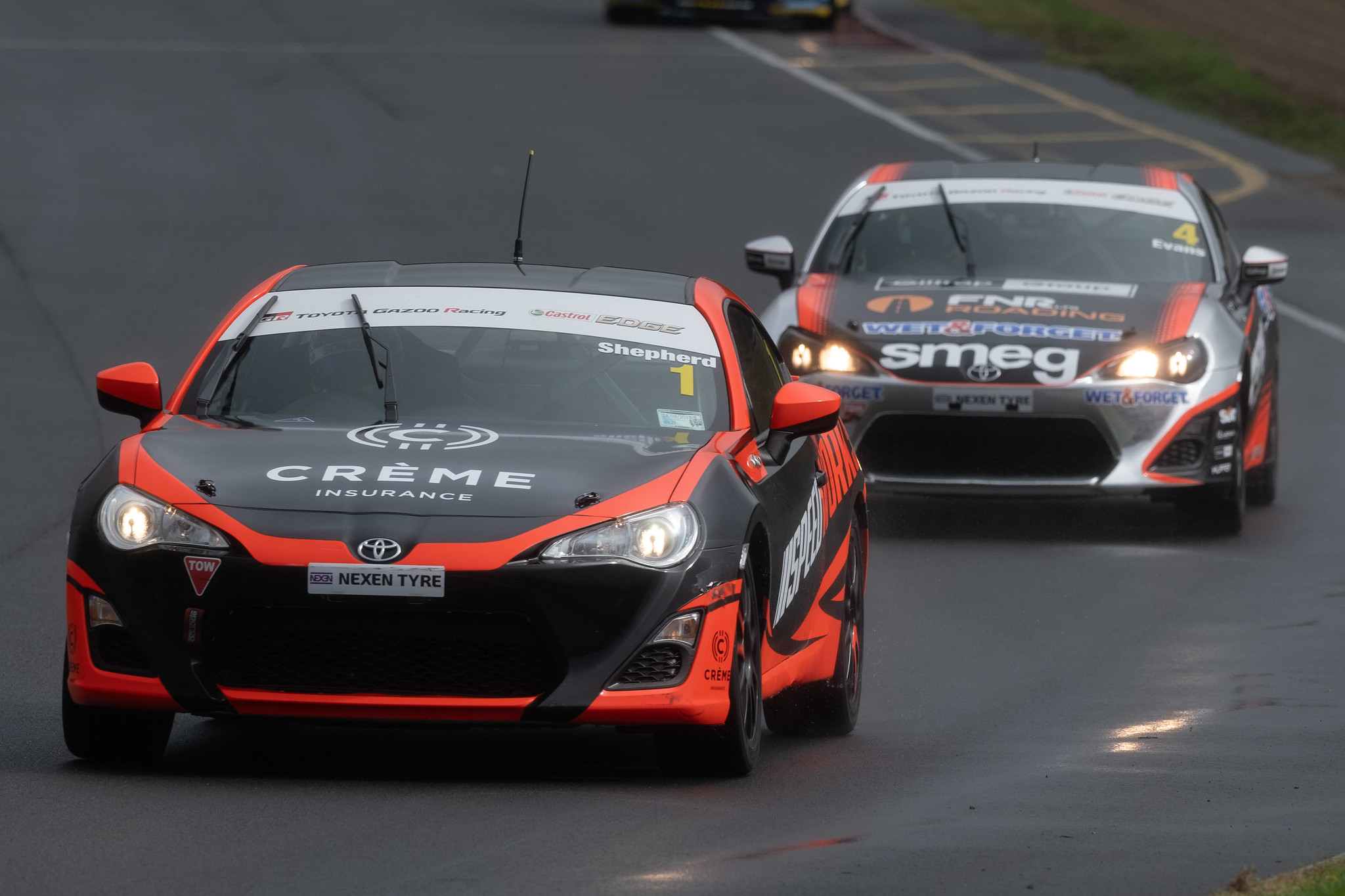 Reigning champion Rowan Shepherd took his second win of the weekend in the third round of the Toyota 86 Championship this morning at Hampton Downs – beating Simon Evans into second place in very challenging conditions on and off the track.

Shepherd was able to out drag championship leader and pole position holder Evans away from the line in soaking wet and very windy conditions but had to wait for the second half of the race before he was able to build anything approaching a comfortable lead.

Afterwards Shepherd revealed that the weekend was challenging for the Action Motorsports team both on and off the track.

“The car was an absolute jet and that made it a lot easier for me to go a good job,” he said afterwards. “My engineer Kerry is working from home having been identified as a close contact so it has made it all the more challenging this weekend. That win’s for him.”

Victory narrowed the gap in the championship points table to Evans even further but the Giltrap Racing veteran was able to come home in a comfortable second place for another decent points haul.

Third after a very strong performance was Formula Ford champion Matthew McCutcheon. His race included passes on Dion Pitt and Hugo Allan and he was delighted with both his podium and his speed in the treacherous conditions.

“That was awesome, I didn’t know what to expect,” he said. “It was great to fight back to get that third place. It was definitely very tricky out there and it was obvious there was really only one ideal single lane around the track. It was incredibly hard to find grip off that line so I’m very pleased I was able to make the progress I did. Hopefully we’ll have similar conditions in the final race.”

Further back in what was, understandably, something of a processional race, there was a good battle for the minor placings between Dion Pitt, Hugo Allan, Justin Allen, Marco Giltrap, Ronan Murphy and Race 2 winner John Penny. Unfortunately for Penny, a ten second post-race penalty following early contact with Brock Gilchrist pushed him down the results table.

That battle was eventually resolved in Allan’s favour while Pitt survived a wild sideways moment at turn two and three in the heat of battle early on to claim fifth. Justin Allen took another top ten result with sixth and was followed home by Marco Giltrap, Ronan Murphy, John Penny and Clay Osborne to round out the top ten.

The final race of the weekend takes place this afternoon with a grid based on points scored from the first three races. 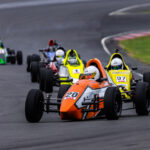 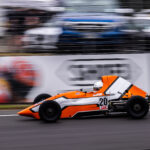