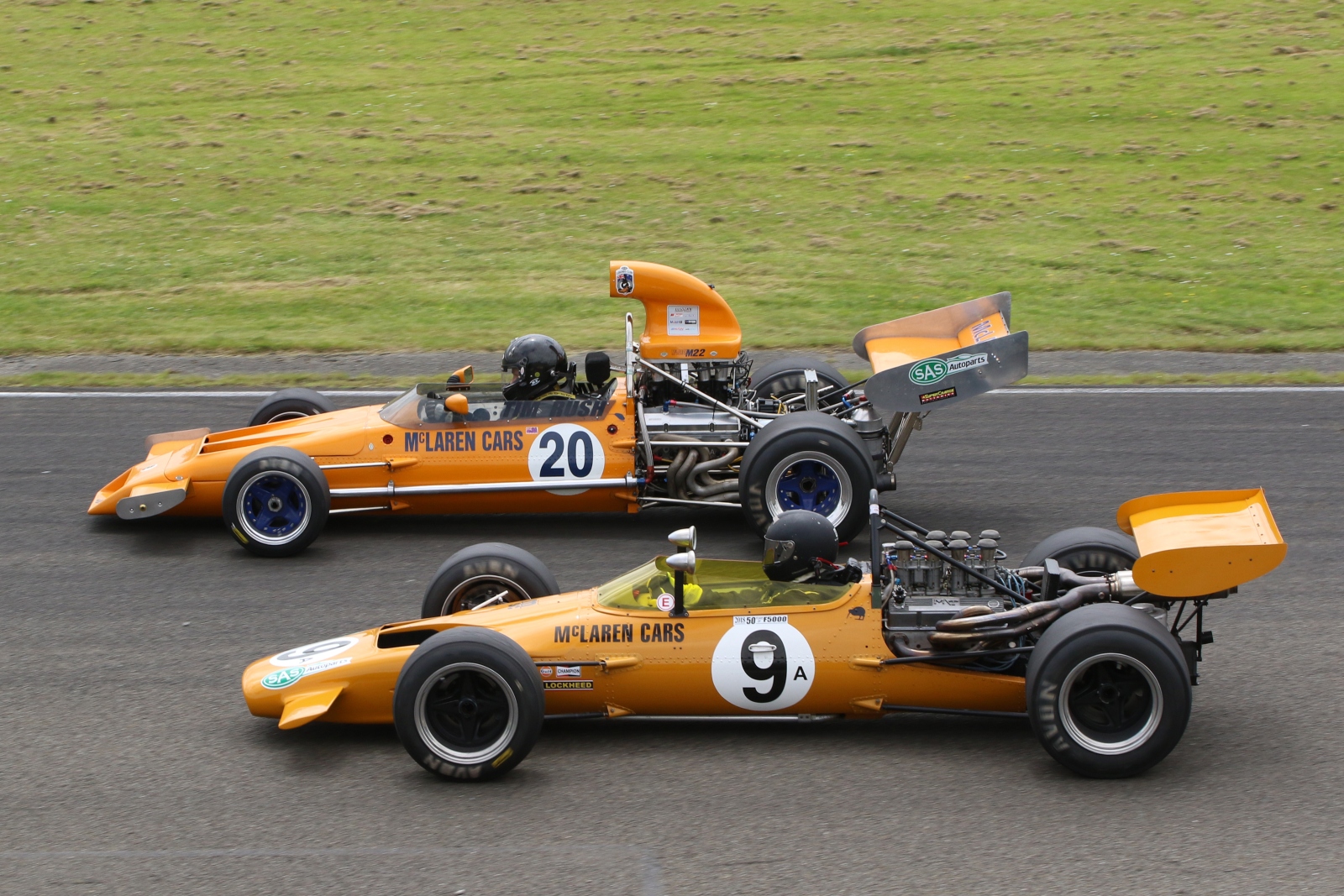 It seems entirely fitting that at the second round of this season’s SAS Autoparts MSC NZ F5000 Tasman Cup Revival Series at the annual Taupō Historic GP, this time celebrating Ford, at Taupō’s Bruce McLaren Motorsport Park in less than a fortnight’s (Sat-Sun Jan 23/24) time, there will be a record number of cars bearing the name of the NZ motor racing great lined up on the grid.

Though best known for the F1 team which still proudly bears his name, before his untimely death in 1970 Auckland-born racing driver/car constructor/team owner Bruce McLaren also had a major hand in the design and testing of a line of early production McLaren Formula 5000 single-seaters, starting with the M10A, then M10B.

Both were highly successful models as racing car historian Allen Brown notes in his introduction to the section of his website oldracingcars.com.

“McLaren M10Bs also won the 1970 and 1971 US championships with John Cannon and David Hobbs and took the 1971 Tasman Series with Graham McRae.”

Because much of his success as a driver, team owner and car builder – including winning the USGP in only his first full year in F1 in 1959, winning the Le Mans 24 Hour race for Ford with fellow Kiwi Chris Amon in 1966 and, with another Kiwi, Denny Hulme, dominating the US and Canada-based Can-Am Sportscar series from 1967 to 1969 – was not only achieved overseas, but was done so by the age of just 32, McLaren never really received the recognition he did in other countries, at home.

In fact, the suggestion still only five years ago, to re-name the Taupō circuit to Bruce McLaren Motorsport Park, a track not even built when McLaren died in 1970, was greeted with some surprise by locals and die-hard Kiwi motor racing fans alike.

Since that point, however, the name has been adopted with enthusiasm by everyone associated with the circuit, from regular users to Taupō locals and has since inspired the trust board responsible for Feilding’s Manfeild circuit to honour McLaren’s compatriot Chris Amon (the circuit is now officially known as Manfeild Circuit Chris Amon) in a similar way.

Taupō circuit managing director, Tony Walker says “We honour Bruce’s name each and every day – every time we answer the phone, each member of our team says ‘hello; Bruce McLaren Motorsport Park’.

“Every person who drives in the gate and sees our greeting signs with the proud BMMP logo, every person who receives an email from us, every person who clicks on our web and social media sites – all of them are subtly reminded of one of New Zealand’s greatest ever motorsport legends. What I find particularly pleasing is many of our younger visitors who walk up to me and say ‘tell me more about Bruce McLaren and where can I read about him?’”.

Coincidentally, Taupō’s Bruce McLaren Motorsport Park is now both the home of the annual Taupō Historic Grand Prix meeting, and the circuit closest to where one of the men largely responsible for the renaissance of McLaren racing cars here and around the world, Tony Roberts, now lives (Napier in Hawke’s Bay).

Though arguably better known – with fellow life-long racing enthusiast Chris Watson – as one of the two men responsible for creating the Hampton Downs motor racing circuit (since sold to circuit-owning entrepreneur Tony Quinn) in the northern Waikato, several years ago now Roberts and Aucklander Duncan Fox set up a company called Group 7 Sportscars Ltd, responsible for the tracking down, restoration, racing and on-sale of early examples of Bruce McLaren’s handiwork to fellow enthusiasts here and around the world.

So, one of the key things that is going to make the upcoming round of the 2020/21 SAS Autoparts MSC NZ F5000 Tasman Cup Revival Series at Bruce McLaren Motorsport Park so special for Roberts – and indeed for aficionados of the McLaren marque the world over – is that for the first time in the 18-year history of the current series there will be five McLarens on the entry list, two M10As, two M10Bs and the later M22 of Feilding’s Tim Rush.

“Which I for one think is pretty special,” says Roberts, who will be back at the wheel himself of his distinctive ‘high-wing’ ex Bob Esseks/Sam Posey McLaren M10A 300-09 (A) at the meeting.

“Back when these cars were new there were only four on the grid at the NZGP meeting in January 1970 and even a year later when Graham McRae won the Tasman Series outright in an M10B there were only seven McLarens in the field, so to have five entered 50 years later makes me feel particularly proud to have played some small part in the process of keeping Bruce’s fantastic legacy alive.”

Which makes four cars. Set to bring the tally up to five at the Taupō meeting is Tauranga driver Rob Ward making his long-awaited SAS Autoparts MSC Series debut in the ‘low-wing’ McLaren M10A he acquired from the USA in 2017.

The SAS Autoparts MSC NZ F5000 Tasman Cup Revival Series will once again headline the single seater competition at the Taupō Historic GP celebrating Ford meeting with a field of at least 15 cars entered and expected to contest preliminary races on Saturday and Sunday as well as the Taupō Historic Grand Prix race itself on Sunday afternoon.

The Taupō Historic GP runs over two-days, 23 and 24 January 2021. As well as races for Formula 5000s, the event features demonstrations of many historic Ford racing and rally cars, races for Historic Muscle and Saloon Cars, Formula Junior, Historic Sports Racing and other Invited Historic Cars, Historic Formula Fords, Historic Sports Sedans & Allcomers, and TraNZams, plus displays of Ford models spanning 60 years of motoring in New Zealand assembled by members of multiple Ford-Owner clubs from around the country. 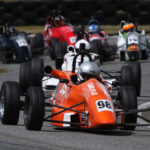 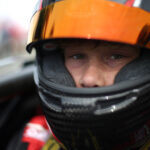