Pukekohe Toyota 86 races to be the best in category history?

The fourth and penultimate round of the 2021 Best Bars Toyota 86 Championship at Pukekohe Park this weekend could produce three of the most intense on-track battles ever seen in the seven year history of the category.

Just 40 points separate the top three in the championship but on the track the gap between series leader Rowan Shepherd and previous leaders Simon Evans and Ryan Wood has been just fractions of a second.

It was Wood who took the early series lead with some dominant displays, before Evans’ experience and consistency put him in the title hunt. Then it all came good for Shepherd at the last round at Manfeild when he took all three of the weekend’s race wins to vault himself to the top of the points table. Every race, however, was simply too close to call and this weekend with the iconic straights and fast corners of Pukekohe Park, the battle may well be even closer.

“It’s certainly a very eye-catching and exciting championship this year with three drivers battling it out and a host of others with the pace to be up at the sharp end,” said category manager Geoff Short.

“In Ryan we have a young gun at the start of his career, with Rowan we have a recognised talent who in normal circumstances would be racing internationally now and of course in Simon we have a vastly experienced and championship winning driver. In that regard we have a series that’s truly representative of New Zealand racing talent.

“We also have two lightning fast females in Christina Orr-West and Alexandra Whitley who are also now looking for wins and top places. Add in Brock Gilchrist, Ronan Murphy and Simon’s team mate Marco Giltrap who is a very impressive rookie indeed and we have a recipe for a massive weekend at Pukekohe Park. We really could see the best races we have ever seen in Toyota 86 racing in New Zealand.”

It is Evans in the Wet and Forget car that can lay claim to having the most experience – and success – at the legendary circuit over the past few years and like most of the drivers in the field this weekend, he loves racing there.

“Pukekohe is my favourite track and I can’t wait to get back there,” he said. “The 86 is great fun to drive there and I have experience from the 86 enduros last year with Marco. We had really good pace with pole position in the last race so I’m confident we should both be right at the pointy end. It’s getting to the business end of the championship now and it’s close so it’s all about have a clean run from here and minimising the mistakes.”

Championship leader Shepherd is another to enjoy Pukekohe and says the circuit suits his style too. He’s also expecting a super tight battle at the front.

“It’s very tight in the points and is still anyone’s championship,” he said. “We have worked well as a team to produce a solid base setup that not only suits my driving style but also keeps our rubber temps stable throughout each race.

“It’s really business as usual for us as we look to race smart and aggressively through to the final race of the championship. Pukekohe has been good to me over the years so I’m looking forward it and is a track that will no doubt bring close racing between the series contenders.” 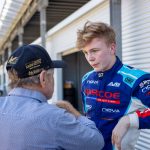 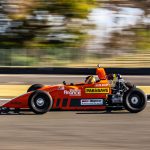