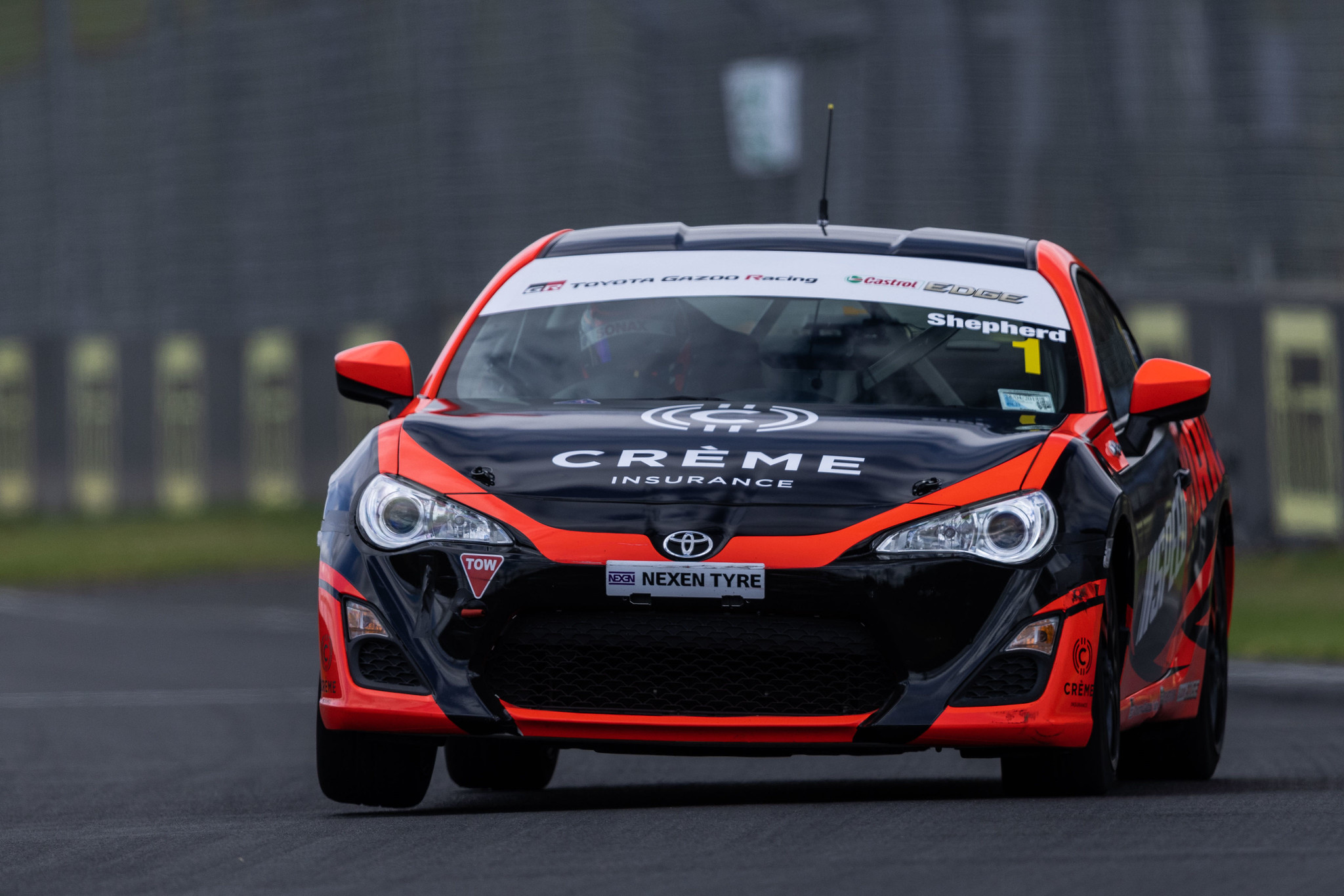 One of the Toyota 86 Championship’s closest ever qualifying sessions saw reigning champion Rowan Shepherd bounce back from a tough day’s practice to nab pole position at Pukekohe by the tinniest of margins from an on-form Justin Allen.

The usual suspects filled the top of the timesheets in the early stages of the 20 minute session with Simon Evans and Marco Giltrap for Giltrap Racing, champion Shepherd in the SpeedWorks car, Hugo Allan for The Heart of Racing and Allen in his NAPA Autoparts car. But it was Allen who laid down the gauntlet after six minutes with a 1.17.218 lap proving his pace during the day – when he topped two of the three practice sessions – was no flash in the pan.

Shepherd responded by carving just over one hundredth of a second off Allen’s benchmark with a 1.17.206 just before the session reached its halfway point and try as he might, Allen could not find the fractions he needed to secure his first series pole position. Shepherd, with plenty of momentum behind him after dominating the third round at Hampton Downs two weeks ago, was a relieved man afterwards.

“I don’t have the luxury of sandbagging as some think I do in practice sessions and it’s fair to say we were in a bit of trouble with set up earlier in the day,” he said afterwards. “We made a few changes before qualifying and we were pretty nervous before the start of the session. I definitely was full on for most of the lap and almost lost it twice at turn four so I’m relieved to get pole position and very pleased given how close the field is.”

With just over four tenths of a second covering the top ten, it was a resurgent Marco Giltrap who took third on the grid ahead of team mate and championship leader Evans. Brock Gilchrist was also close to his best once again with fifth place in the CareVets backed TR86 while top rookie Dion Pitt was impressive again in sixth place.

Allan couldn’t maintain his pace from the early part of the session and wound up seventh, with Ronan Murphy just behind. Christina Orr-West put in a season’s best qualifying performance in the yellow Dayle ITM car to take ninth and a spot on the fifth row having been close to the pace throughout the day. Fynn Osbourne rounded out the top ten

With pandemic logistics meaning the weekend’s three races will all take place on Saturday, the action begins early with the first race at 11am with the grid based on this afternoon’s qualifying times. Race 2 will be a reverse top ten grid of the finishing order of Race 1 and the final feature – Race 3 – will have a grid based on points accumulated during the weekend.

The field will be without young rookie Willy Morton, who is recovering from an appendicitis earlier in the week. 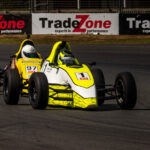 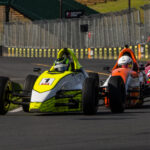