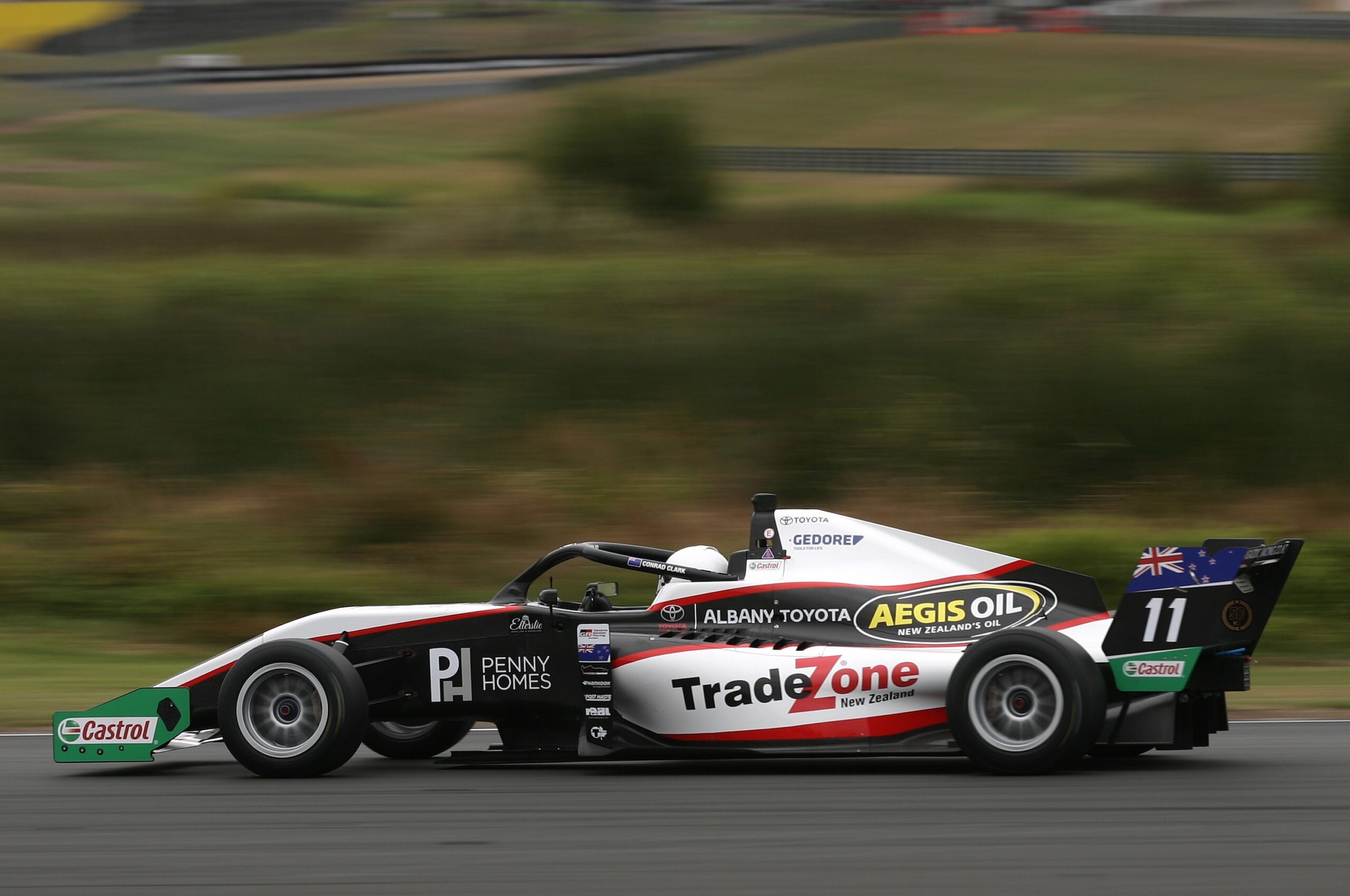 Conrad Clark has made an encouraging start to his 2021 Toyota Racing Series campaign. Clark contested the opening round of the series at Hampton Downs Motorsport Park as part of the 66th New Zealand Grand Prix event.

The Toyota Racing Series, commonly referred to as ‘TRS’, will form part of Clark’s 2021 racing plans. The series is world-renowned as a breeding ground for future international motorsport champions with 18 drivers graduating to drive Formula 1 since its inception in 2005.

Practice for the weekend started on Friday. It would be just Clark’s third time ever driving the Toyota FT60 race car and his first on the Hampton Downs International circuit. Despite this, Clark was able to quickly find his feet and start learning.

Come Saturday morning’s final practice session, Clark’s pace indicated a strong qualifying result was possible later in the day. At the conclusion of qualifying, Clark was tenth fastest in the session, just behind Andre Heimgartner but ahead of Greg Murphy and seasoned campaigners Tom Alexander and Damon Leitch.

The opening race of the season on Saturday afternoon saw Clark finish in 12th-place, leading home Greg Murphy to the line.

Qualifying for the feature race of the weekend, the New Zealand Grand Prix, took place on Sunday morning in tricky wet conditions. Clark impressed on the slippery track, shooting to the top of the timesheets for some time during the session. While pushing to go even faster Clark briefly lost rear grip and spun the car into the gravel, stranding himself and causing the session to stop for his recovery. Clark was unfortunately penalised for causing a red-flag and demoted three spots down the grid from his qualifying position of third.

The precursor race to the NZGP, also 20-laps, gave Clark his best result of the weekend. Clark finished in sixth-place, well ahead of Murphy, Heimgartner, Gaunt, Alexander and other national champions.

At the conclusion of the 28-lap New Zealand Grand Prix race, Clark finished with a strong tenth-place finish. The physically demanding race had some highlights for Clark, including battling with and holding off international champion Chris van der Drift.

“First of all it was a huge accomplishment for us to even be racing this weekend,” commented Clark.

“We were always going to be up against it from a car performance perspective having not had the same preparation at the other drivers, but I feel like we made some gains and have a good footing to build on for the other two rounds.

“I can’t thank my supporters enough for making this all possible.”

After the first round Clark sits ninth overall in the championship, but fourth-place out of the drivers contesting the full season. Round two takes place this Saturday at Hampton Downs Motorsport Park as part of the Toyota Festival. 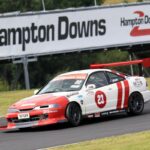 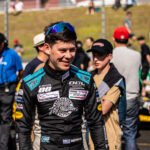