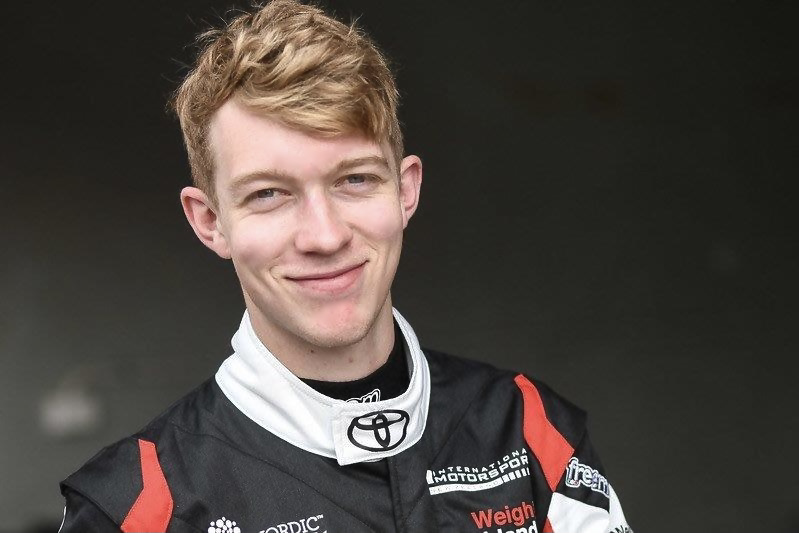 Connor Adam continues to impress in the Pirelli Porsche Championship.

The IMS prepared Porsche 977 GT3 Gen 2 of Connor Adam made the journey to Taupo for the final round of the Pirelli Porsche Championship for the season. In his limited run of events this season, Connor has well and truly arrived and found a new home and that been Porsche.

Midweek at the Grey Lyn base of IMS, it was like witnessing a controlled plan that saw the team working flat out on race cars. That team including Connor, as it’s his day job were hard at work getting the Porsche ready along with a fleet of cars for the upcoming Endurance season. Prepping his own car at times takes its toll but equally aids the set up of the car and the knowledge of the equipment one then drives.

Taupo was the chance for Connor to run on the Pirelli slick after the heavy rains of round 5 a few weeks back at Hampton Downs and sampling the Pirelli wet. Having used the Michelin tyre early in his debut into the series a competitor can only run a non-Pirelli tyre so many times if racing in the championship events before a switch t the series tyre. It’s more of the level playing field for all in the series and it shows driver talent fully as a result. Track knowledge was to be important as well in this one-day classic race meet with no practice but straight into qualifying at 9:53 am Saturday morning, no rest for the wicked as they say.

The format the same as Hampton Downs with ever-increasing race distances across the day and the third race having a compulsory pitstop.

These recent run of races in the Porsche are all about gaining car knowledge for the future and Connor has not only learnt the respect of follow Porsche competitors with his attention to details and his consistent race craft skills but his own confidence as well.

11:35am Race 1 over 8 Laps and it was Adam off in a flash and once again very at home in the car and a tough battle for the first two laps with Kris Bostock. Controlling the pace right from the drop of the green it only took until lap two to fully take the lead all the way then to the chequer by some 9.2 seconds over the short race distance. The weekend was underway and the IMS team quickly checking the car over to ready it for race 2 with nothing requiring attention after a faultless drive.

1:26pm Race 2 12 Laps and yes it was more of the same and even with an extra four laps around the beautiful Bruce McLaren Motorsport Park track Connor nailed it, to hit the line some 23.9 seconds clear of second. After the race Connor commenting “the car was just great to drive it felt like it was on rails what a great race car I had in that one, so much fun to drive.”

3:35pm Race 3 30 minutes with a pitstop. With the results of the first two races setting the controlled length of the compulsory stop Connor was faced with a stop time of some 3 minutes and 40 seconds in the pits a massive time to give away to the opposition drivers.

It was once again the kind of handicapping the works very well in this series and aims to equal all the drivers up to provide equally matched cars and provide superb race finishes where they should all be even.

So for Adam, this then became six from six the last six races in the series all owned by Connor Adam

For the Connor Adam Motorsport team the refection of yet another clean sweep weekend adds even more weight to the plans of what the future holds. This has been the best of outcomes and the focus now is the future.

The decision of the team now is to focus towards Porsche even more and for backers of Connor along with future backers its all positive and well worth while as his driving record gets stronger as does his car knowledge. He has found a car that works with and for him. 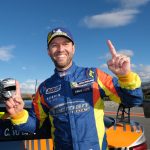 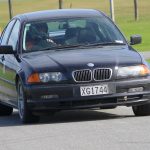