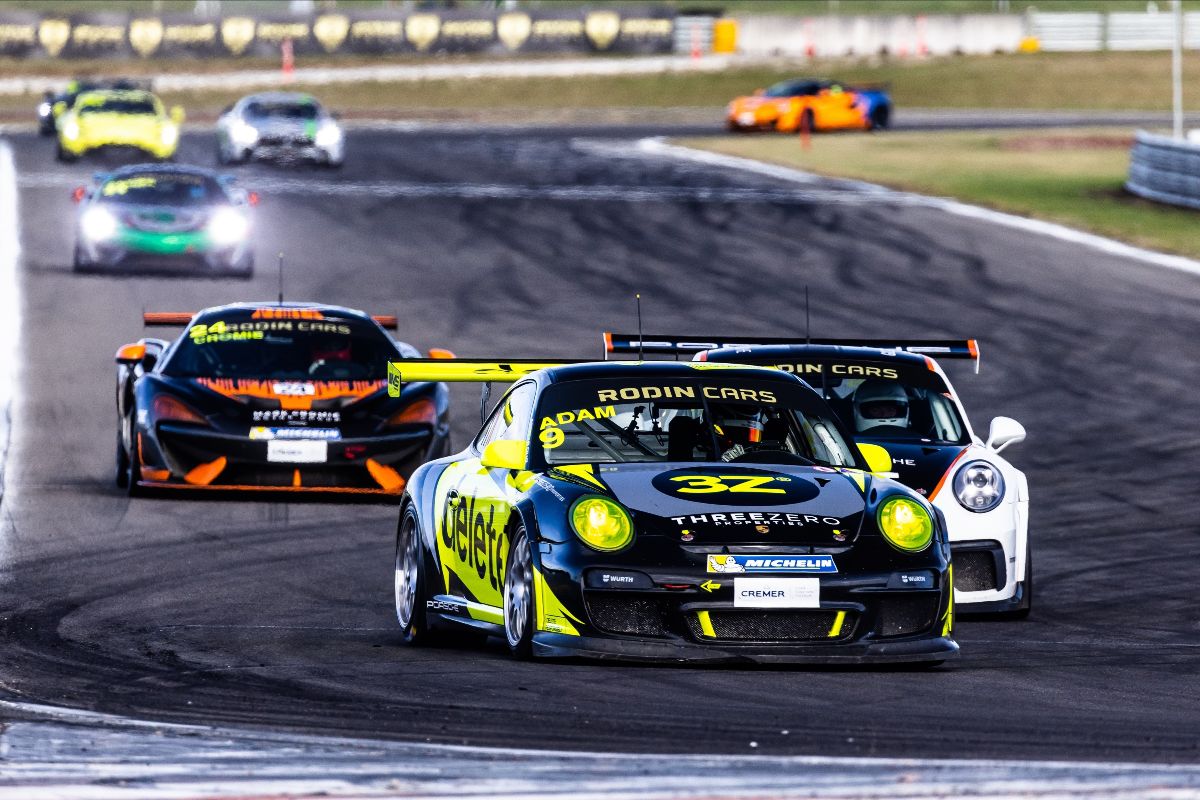 Connor Adam has crossed the line in first place in the opening race of the weekend in the Rodin Cars Super GT Series at Taupo this afternoon, with McLaren racer Nigel Cromie taking the win in the GT4 class.

In the Porsche class, the podium was rounded out with Paul Kelly second, with newcomer James Webb in third.

The GT4 podium with round out with the Mercedes AMG of Jono McFarlane in second with title contender Steven Harrison in his Aston Martin third.

The race was a relative incident-free affair with pole-sitter and series newcomer James Webb in his Porsche leading off the start. Webb lead the field away through the infield sections of the circuit from Paul Kelly and series leader Martin Dippie.

GT4 pole sitter Wayne Leach in his Ferrari 458 held the top spot for the opening laps with the McLaren duo of Nigel Cromie and Todd Bawden behind in their 570 GT4 machines.

A wild moment for the Porsche 991 of Paul Southam who spun on the infield sections, before rejoining and eventually finishing fifth by the end of the 30-minute race.

Also a moment for the Ginetta of Allan Sargeant, who had to pit with loose bodywork.

With the pitlane window opening on lap 7, the field started to pit and complete their compulsory stops, Dippie, Leach and Adam were the first to make their stops.

With pit stop cycles largely complete and 8 mins of racing to go, Nigel Cromie found himself leading the race overall, with Connor Adam in second, McFarlane and Kelly close behind.

Adam slipped past Cromie, into the overall lead of the race, and with just two laps to go was chased to the line by a fast-approaching Paul Kelly, who was lapping a second a lap faster.

For Adam, it was another win in the series, and a great bounce back following a DNF at Hampton Downs last month.

“Great win for the team, they worked hard on the car in-between rounds, this one is for them,” said Adam.

“The tyre degradation here is massive, we saw it in practice. Towards the end of the race, I was trying to look after the tyres, I knew where the race was going to sit, and we just pushed on.”

In GT4, series leader Nigel Cromie was pleased to nab a decent points haul at the start of the weekend.

“That’s exactly what we needed, as it’s close in our class. We need all of the points we can get,” said Cromie.

“We want to win, but with this track, we have to be really technical, we just can’t go out all guns blazing because the tyres really go off in the last part of the race.”

The Rodin Cars Super GT Series, have another 30-minute race tomorrow morning, followed by the one-hour feature race in the afternoon. 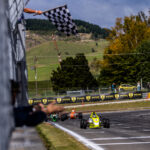 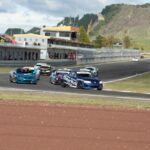