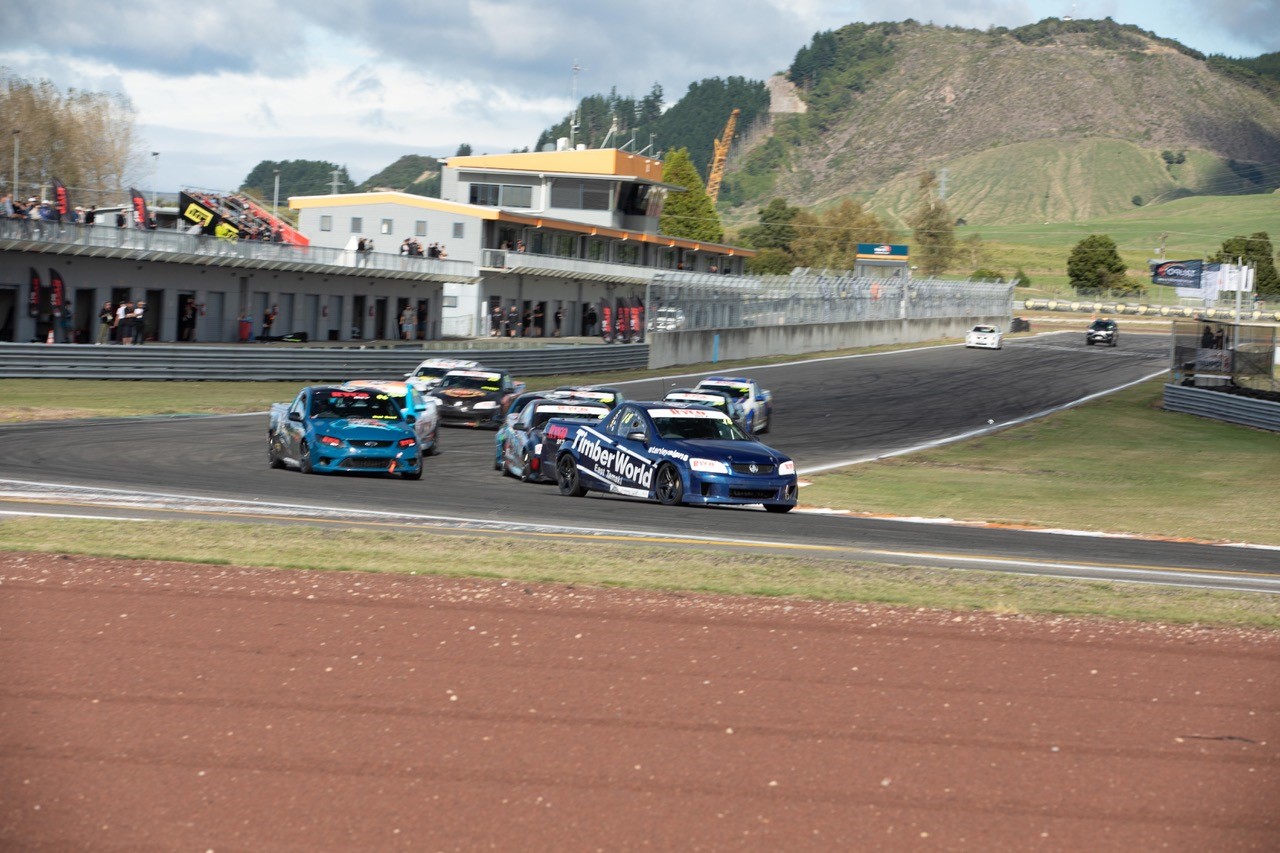 After setting the fastest time in practice, then in qualifying, Shane Dias completed the trifecta to win Race One in the RYCO 24•7 V8 Utes racing at Taupo. But after a tense qualifying session earlier in the day that saw lap times for the 2nd to 6th qualifiers separated by a mere 0.7 second, the battle in the midfield was set to be the main event.

As the race began at 3.15 pm, Shane sprinted away to hold the lead into turn one and never looked back. Yet just behind him, drama was unfolding.

Earlier, Brad and Greg Kroef had posted quick qualifying laps, bumping the series leader Peter Ward back to 4th. So come the race start, Peter Ward could sense his championship lead could be demolished and left the start-line like a man possessed. He nipped inside Greg Kroef on turn one and promptly moved up to 3rd place. By the end of the lap, he’d snatched 2nd from Brad Kroef, but catching leader Shane Dias would be more of a challenge.

Meanwhile ‘Dad and Brad’ Kroef weren’t done with Peter Ward. As Shane Dias extended his lead, Greg Kroef pressured the Ward Demolition Holden, clinging to its rear bumper, corner after corner, hoping to capitalise on a mistake. Further back, tensions were rising. As the 3rd lap began, so did the mayhem. Simon Ussher braked too late coming into turn 1 and ran wide nudging Stu Monteith’s Holden and sending him into a 180 ° spin, letting the midfield stream past the smoke screen.

Meanwhile, Brent Main, was settling nicely into the RYCO 24•7-backed Holden. After a 2 year hiatus from the V8 Utes series, after qualifying 8th that morning, Brent had worked his way up to 6th by mid-race.

Come the final lap, despite the best efforts of the Kroefs, Ward held off the Fords, securing second and piling on more championship points. In the post-race interviews, Greg Kroef admitted “This track chews up the tyres. I could feel the rears going off towards the end of the race.” Talking to Shaun Summerfield after the race, Shane Dias agreed. “I thought today would be all about tyres.”

Which means, with two more races this weekend and one more round in the championship, it’s still a 4-horse race between Peter Ward, Shane Dias, and Brad and Greg Kroef. 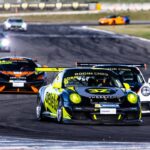 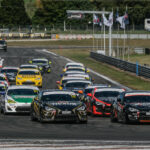