The announcement came during MotorSport NZ’s annual awards night held at Te Papa in Wellington on 25 May.

The MotorSport NZ Wall of Fame was established in 1994 and is located in MotorSport House as a permanent reminder of the achievements of past and present members who, through their endeavours, have been instrumental in showcasing New Zealand’s motorsport achievements to the world at large.

Now aged 72, Bennetts founded West Surrey Racing in 1981 to compete in the British Formula 3 Championship, and 14 years later the team bowed out of F3 as the most successful team in the history of the series, both in terms of race victories and titles. In 1996, Bennetts directed WSR’s focus to the British Touring Car Championship, originally with Ford. Now as the official BMW team, WSR has won nine overall BTCC crowns with the BMW 125i M Sport in the past five seasons. Following WSR’s 2018 BTCC success as the reigning Drivers’, Teams’ and Manufacturers’ Champions, the team was named the European Race Series Team of the Year in the Professional Motorsport World Expo Awards at a ceremony in Cologne, Germany, attended by 300 of the global motorsport industry’s leading figures.

Bennetts got his grounding in motorsport with Performance Developments Ltd in Auckland run by Dennis Marwood. In 1972 he took his considerable engineering skills to the UK to help Kiwi racer David Oxton, the NZ Formula Ford Champion, in his quest to win the Formula Ford World Cup. Bennetts then found a home at the March Racing Formula 2 team and in 1976 moved to the Fred Opert Team with drivers such as Keke Rosberg who he successfully engineered to consecutive NZ Formula Pacific series wins in 1977 and 1978.

Already influential in European motorsport, Ron Dennis recruited Bennetts to run the BMW M1 Procar team, racing at European Formula 1 GPs with successes such as Niki Lauda winning the Procar championship title in 1979. When Dennis took on the McLaren Formula 1 team, formed by Kiwi Bruce McLaren, he immediately targeted Bennetts to run his then struggling Formula 3 team. With Bennett’s engineering genius, the team immediately found success and in 1980 won the British F3 championship.

With his credentials as one of the best team managers/engineers in the business now well established, Dennis offered Bennetts a senior position in the McLaren F1 operation. However ambition burned within Bennetts and combined with the Kiwi attitude of ‘wanting to have a go’, the offer was declined, opting to set up his own race team: West Surrey Racing. WSR was instantly successful, winning the 1981 British Formula 3 title, the first of many WSR successes in British motor racing.

In 1983 a young Ayrton Senna joined WSR and proceeded to win the first nine races of the season, a feat never to be emulated. In later years Senna attributed much of his success to the guiding hand of Dick Bennetts. There was more success to come in F3 including with another future world champion Mika Hakkinen. Subsequently, with business partner Mike Ewan, himself a Kiwi ex-pat, WSR decided to take on the very competitive British Touring Car Championship. WSR’s first touring car title was in 2004, a feat repeated in 2007, 2008, 2009, 2014, 2016, 2017 and 2018.

To quote Bennetts’ great friend David Oxton: “He is mindful of the fact if he was the driver, not the technical guru, then he might have had more ‘household name status’ back home in New Zealand, but the respect he has amongst the international motor racing community is enormous and he has always been a proud Kiwi.”

The MotorSport NZ wall of fame can be viewed here. 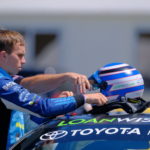 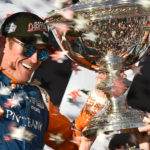