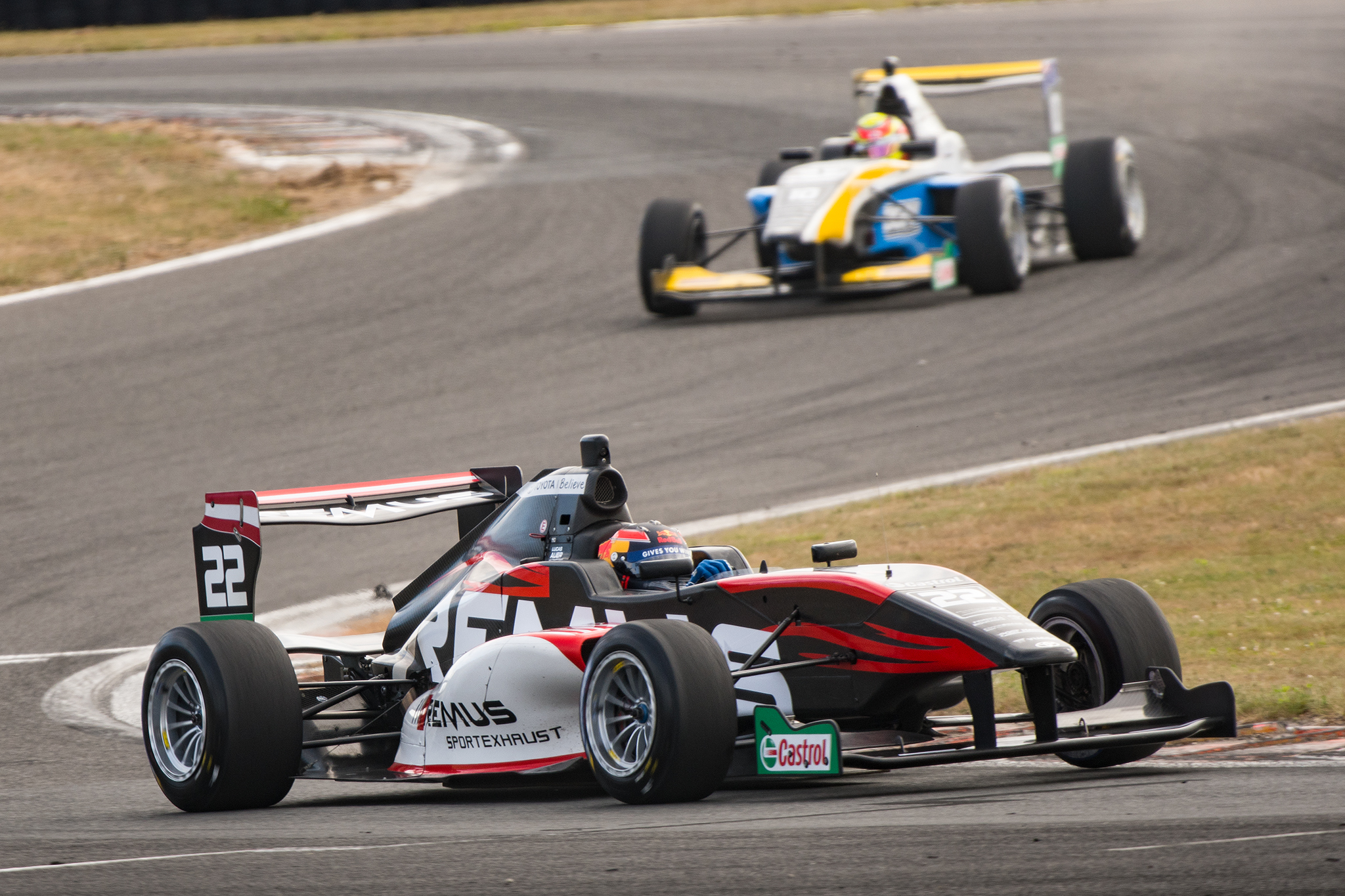 Austrian Lucas Auer grabbed his first win in the 2019 Castrol Toyota Racing Series, fighting off Liam Lawson for the win as championship leader Marcus Armstrong suffered a suspension failure which left him five laps behind and out of the points.

The latest twist in an intriguing championship in New Zealand saw Lawson grab back the championship lead, by just five points. The win brought relief for Auer after some challenging weekends so far in the championship. “We have had a very smooth weekend up to now. It’s a lot easier to work without any problems,” he said. “I won the start and pushed very hard before settling down a bit. I tried to look after the tyres because this track is so aggressive on the tyres.”

Auer controlled the race from the start, beating pole position holder Lawson cleanly away from the lights and getting into turn 1 comfortably first. Lawson, meanwhile had way too much wheel spin off start and as Auer shot off, second row starter Armstrong dived up Lawson’s inside in a brave move. Lawson leaned on him but gave him just enough racing room and Marcus – after putting two wheels on the grass – was through. Lawson conceded the corner and slotted in third, with Raoul Hyman hard on his outside around turn 1.

Further down, Brendon Leitch made a lightning getaway from the fifth row to take fifth as the field streamed out of the first turn and into the midfield of the Bruce McLaren Motorsport Park and he immediately started to monster Artem Petrov in front.

At the end of the first lap it was Auer, from Armstrong, Lawson, Raoul Hyman, Petrov, Leitch, Esteban Muth, Petr Ptacek, Jackson Walls and Kazuto Kotaka and that was how it settled down for the first few laps. It all went wrong for Armstrong on lap four, however, when the left front suspension mounting bolt broke under braking for turn 1, sending Marcus off into the gravel as the field sped by.

The trip back to the pits was a long one and the M2 Competition mechanics dived straight onto the car to diagnose the problem and repair it. Six laps later Armstrong returned to the track and was the fastest out there. He took the flag sixteenth on the road which would have been good for five vital championship points had he completed 75% of the race distance as the series rules state. However, he completed only 10 of the 15 – or 66.6% – and was therefore listed in the final results as unclassified.

At the front Lawson gradually hauled in Auer but resisted the temptation to mount an attack for the lead. Auer thus came through to win his first race of the series, while Lawson grabbed enough points for second to jump into the series lead and cancel out the disappointment of his clash with the Austrian a week earlier at Hampton Downs.

A solid third was the ever-present Hyman, while Petrov came home fourth after a spirited fight against Leitch, which ended when Leitch had a wild moment at turn 9. He recovered and then battled with Muth all the way to the finish, coming home just half a second to the good. Behind Muth in sixth, Ptacek had a better run than the morning race to finish seventh, while Jackson Walls impressed yet again with eighth. Calan Williams and Cameron Das rounded out the top ten – a good drive from Das after he started the race from the back.

Sunday morning’s first race grid will be a reverse top six of the race followed by the rest in finishing order. Whichever way you cut it that leaves Armstrong at the back and with it all to do. There will also be qualifying in the morning for the afternoon’s feature race, the Denny Hulme Trophy and it’s a race Armstrong will be keen to score well in. 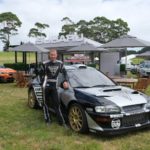 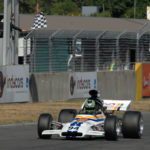