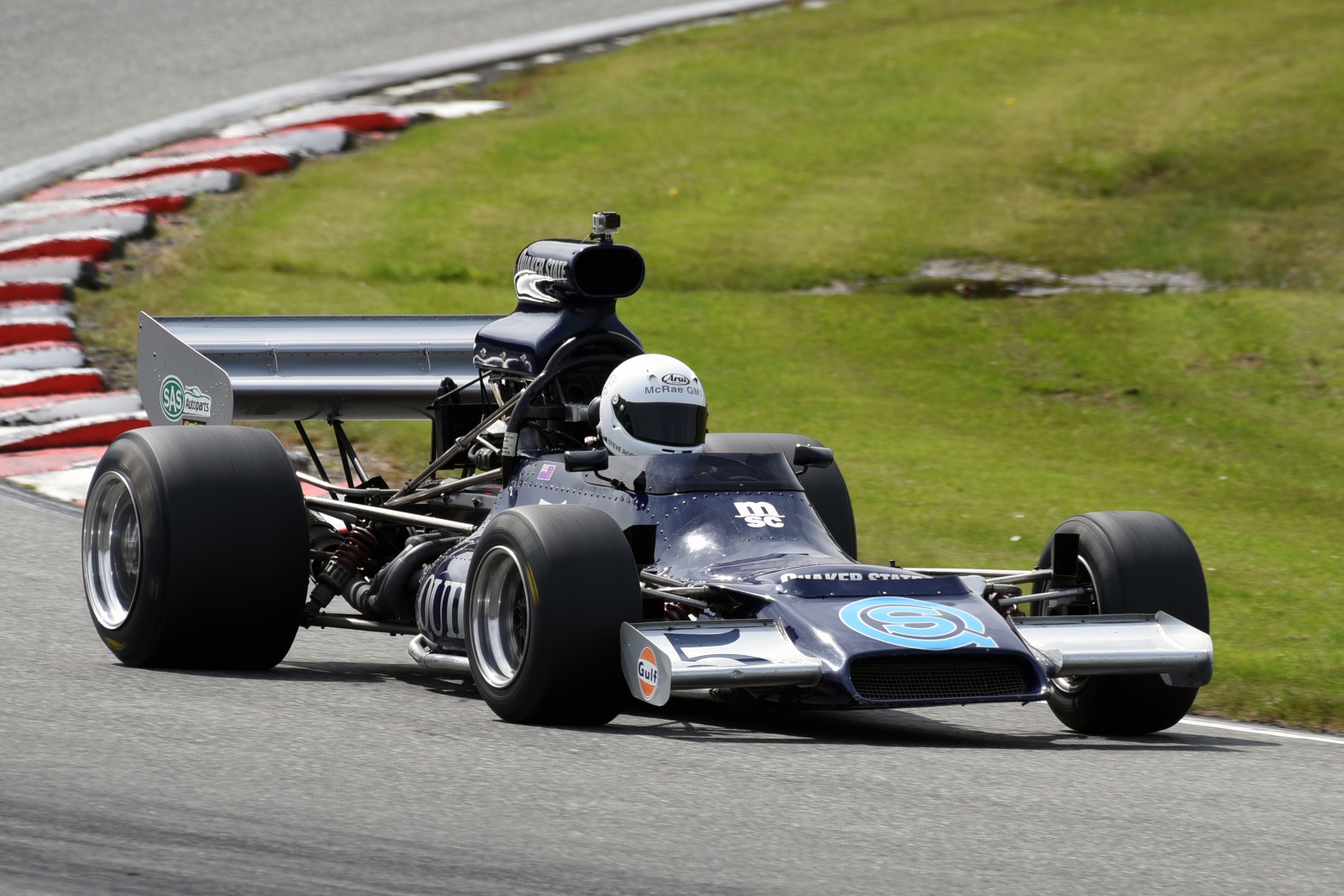 They say that all good things come to those who wait. But by the 11th lap of the feature 12-lap SAS Autoparts MSC NZ F5000 Tasman Cup Revival Series final at Invercargill’s Teretonga Park Raceway this afternoon even three-times former series champion Steve Ross (McRae GM1) had accepted the fact he was going to cross the finish line in second place.

Yet, just as the flagman put out the last lap board for his benefit, the weekend’s fastest qualifier and runaway winner of the first two SAS Autoparts MSC Series races, Michael Collins, slowed dramatically and pulled off the circuit just after the start/finish line; his race run thanks to a broken half (drive) shaft.

To say that Steve Ross couldn’t quite believe his eyes as he scythed past at what is the fastest point of the storied Invercargill track is perfectly understandable too. So sure was the flagman that it was Collins’ white Leda LT27 that was going to win the race he ignored Ross’s dark blue McRae GM1 the first time it crossed the finish line, obliging Ross to do an extra lap before the mistake was identified and addressed.

So the record at the new-look George Begg Classic Speedfest meeting will note that though series young gun and runaway 2019/20 points leader Michael Collins qualified his Alistair Hey-owned Leda LT27 quickest and set the fastest race laps on his way to winning the first two SAS Autoparts MSC Series races of the weekend, the third was won by Steve Ross.

It wasn’t as if Ross didn’t deserve the win. Though as he said afterwards; ‘you have to commiserate with the guy (Collins) because he was absolutely on fire all weekend.”

Despite that with fellow young gun LeRoy Stevenson (who was down to drive Alistair Hey’s other Leda LT27) side-lined by a flu bug after qualifying third quickest behind Collins and Ross on Saturday, Ross was the only other driver able to match the pace of the 23-year-old Collins in any of the races.

Collins had built up a healthy lead of just over 10 seconds in the longer feature final feature this afternoon, too, albeit only after Ross spun off the track early on in the race, losing time but impressively, not his hard-won second place.

Behind Collins and Ross the big story of the meeting was the assured performance of Aucklander Glenn Richards driving the ex Eppie Weitz Lola T400. Though it was his first visit to the track, Richards qualified fourth quickest with a lap time of 56.802 then ran a smooth, quick and confident third in the first two races and a career-best second in the final.

It was just as close meanwhile in the Class A category for earlier F5000 cars, with Tony Roberts back in top in his high-wing McLaren M10A but never quite able to completely shake off season-long rival Frank Karl (McLaren M10B).

With its special guest appearance at the new George Begg-themed Classic Speedfest meeting at Invercargill’s Teretonga Park now done and dusted, the SAS Autoparts MSC NZ F5050 Tasman Cup Revival Series returns to the North Island for the final 2019/20 round at the big HRC Legends of Speed meeting at Hampton Downs over the March 21/22 weekend.

The regular ‘travelling’ members of the NZ F5000 Association then have a couple of months to prepare their cars for their next ‘trip away;’ in this case to Ireland and Great Britain for major Historic motor racing meetings at Mondello Park on Aug 15 and 16 and at Oulton Park from Saturday August 29 to Monday August 31. 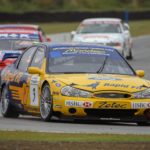 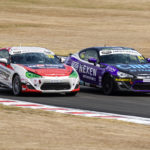