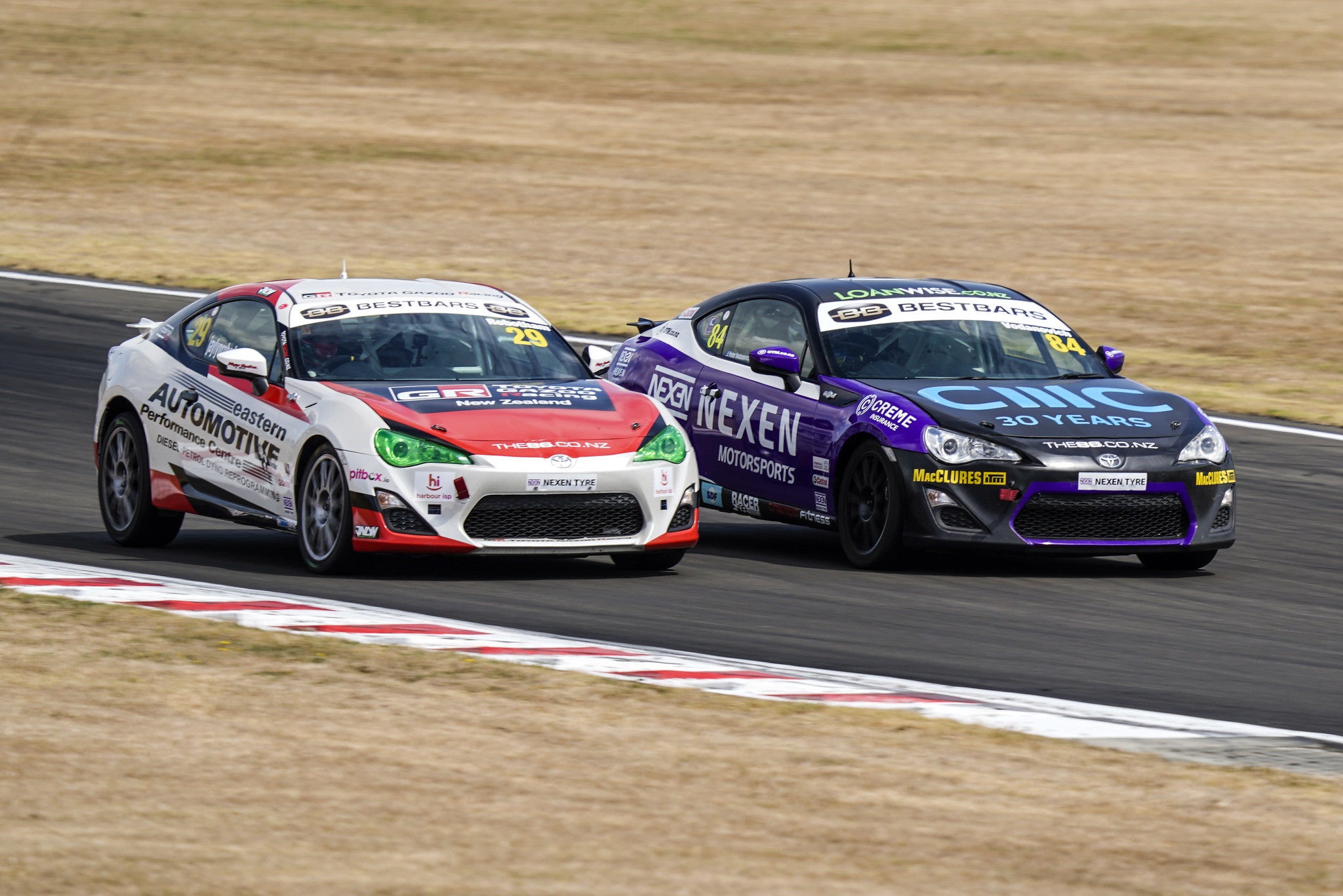 A stunning feature race win at the fourth round of the Best Bars Toyota 86 Championship at the New Zealand Grand Prix meeting sealed the deal for Peter Vodanovich who won the round and retook the championship lead from Australian rival Jaylyn Robotham.

After a dominant win in Saturday’s race and a fighting second to Robotham in the Sunday morning race, Vodanovich fought a race long battle with Robotham that came to the boil in the final moments when he tried a move around his outside at the first turn. Vodanovich prevailed and went on to win.

The two chargers had changed places several times during the race and it looked as though the NEXEN DTM driver had managed to break away with five laps to go. Robotham is a hard racer though and went after Vodanovich for one last attempt. It all came to nothing though, when Jaylyn ran wide on the outside of the corner and fell back by half a second.

That was more than enough for Vodanovich to take the final race and with two wins and a second, a healthy points haul from his round win that sees him leading the championship by a scant two points. With one championship round to go, it stands at 819 points to Vodanovich and 817 points to Robotham.

“That last race is one of the best of the championship so far for me,” said the young Auckland racer. “I battled with Jaylyn the whole time, he was really quick and it was a great battle. A credit to him really, he did an amazing job.”

“The car was quick for sure and I got alongside a couple of times,” Robotham added after the end of the weekend’s action. “At the end of the day it’s very close going into the final round and we’ll have to see what we can do at Hampton Downs.”

Jaden Ransley had a solid weekend but couldn’t quite deliver the overall pace and results of the two front runners. Always there or thereabouts in the races he spent a lot of the weekend fighting hard with Connor Adam, who found renewed pace in the Post Haste car for the Grand Prix weekend.

After taking pole position and being a front runner in all of the races, he has assumed fourth place overall in the series points, a distance behind Adam in third but with a comfortable margin over fifth place Campbell Stewart.

The racing over the Grand Prix weekend was some of the best so far in a very tight championship which has become a true trans-Tasman scrap between two of the best young drivers in Australasia. The fans at the Grand Prix enjoyed a feast of great racing from the class on both days and it’s going to be an intense climax to the championship when it concludes next month at Hampton Downs. 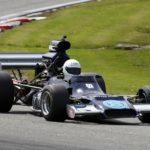 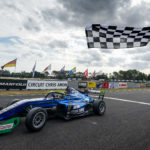