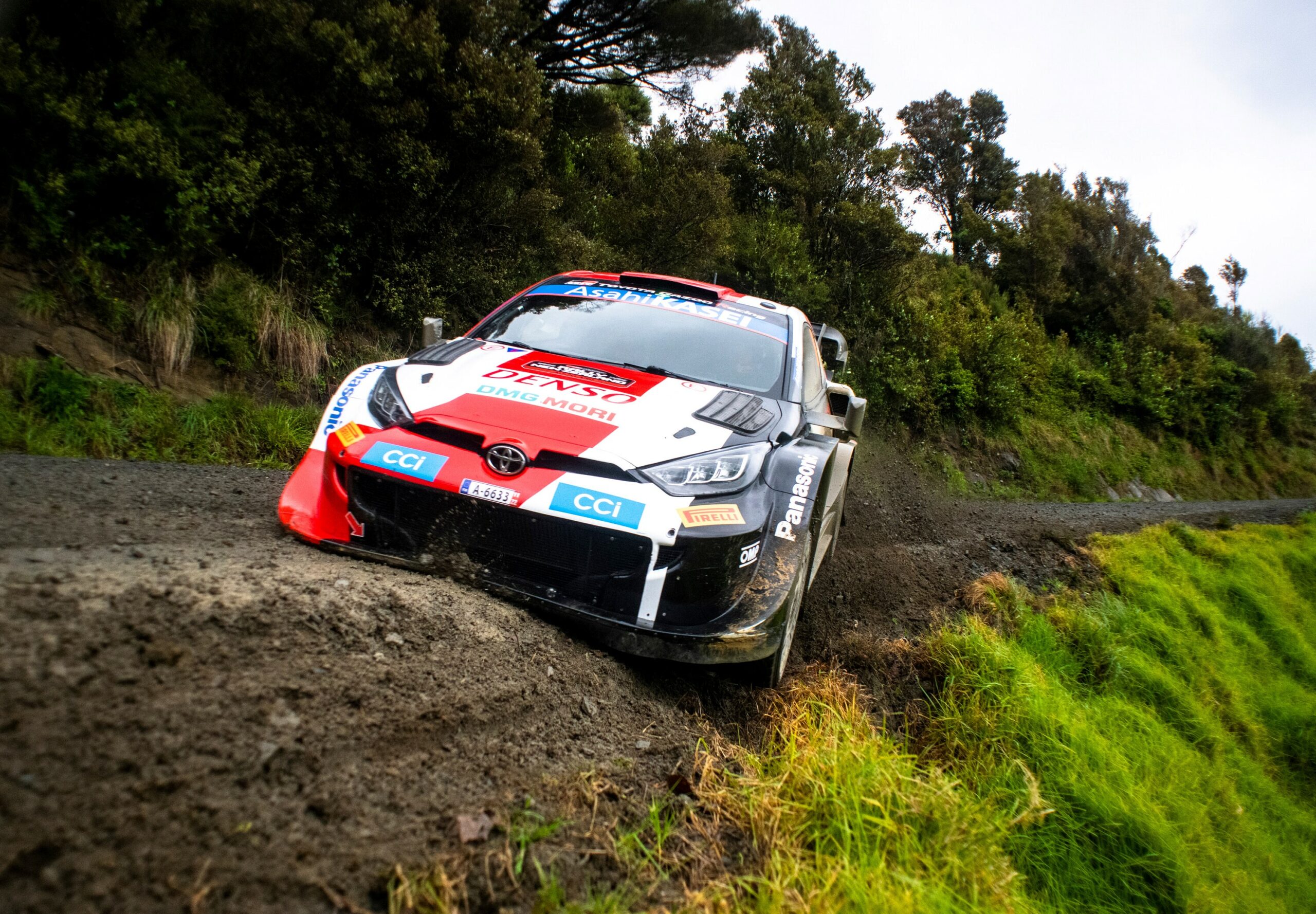 A bigger prize is within reach for Rovanperä, with one hand on FIA World Rally Championship title in the chase to become the youngest-ever world champion.

In the current standings, Rovanperä is leading by 29 seconds to Toyota teammate Sébastien Ogier second and title rival Ott Tänak third, 46.4s from the leader. If positions remain unchanged, then the young Finn has a strong chance of claiming the world championship at Jacks Ridge on Sunday.

Rovanperä will have the helpful buffer with teammate Ogier sandwiched between the leader and rival Tänak, who had to endure a day of frustrations.

“What can I say. Why we need to find positives very day from negatives, “ said Tänak. “It has not been one of the best days – quite a bad day. We are still there in third place.”

Rovanperä was pleased with his day in the conditions although his conservative approach on the final stage was unsettling.

“I was backing off on this one and it straight away felt bad. I was not enjoying it but we are here and we had a great day. I can be happy how we did in these really difficult conditions.”

“It has been a really tricky day but quite enjoyable. When you are doing good times then you enjoy it. I always seem to enjoy the conditions with tricky weather. And our car is very good in these conditions. I always know that in these conditions you can take some time if you have a perfect stage. Of course, there are risks with that.

“I will try to concentrate on tomorrow like a normal day. We have four short stages that are tricky. Let’s see what we can do.- Tomorrow is a bit different. There will be different grip and the Power Stage is more hand-made that the other stages.”

It proved a day of high drama as rain lashed Auckland overnight and throughout the six stages in the Kaipara Hills-Hibiscus Coast region north of the city as drivers battled the conditions.

It was doubly difficult for the Hyundai team, with penalties to Tänak, Thierry Neuville, and Oliver Solberg for hybrid boost infringements from Friday, which significantly dented the challenge to Rovanperä, despite the young Finn also being penalised for the same issue on Saturday.

The drama did not stop there with an improving opening two stages for M-Sport Ford driver Gus Greensmith ending when he somersaulted after hitting a bank which forced the cancellation of the short 5.8km Stage 10 at Komokoriki.

Toyota’s Elfyn Evans has been a mix of serious speed with misfortune, significantly damaged his car in the same stage, and although they managed to return to the service park, they were unable to continue for the afternoon re-run of the same stages.

There was considerable success for Hayden Paddon, who sewed up the national championship after the first day of the event, as he pushed well clear in the WRC2 category and finished the day in sixth place overall.

The Hyundai driver takes a 2m04s advantage into the final day over Skoda’s Kajetan Kajetanowicz with an equally admirable effort from Supercars star Shane van Gisbergen, who lies third 3:09 back from Paddon, after a flat tyre slowed his progress.

“That was a clean tidy day, no mistakes,” said Paddon. “These were not the conditions to take risks. We took a couple of spare tyres on-board today just in case. I am happy with how the day has gone.”

Tomorrow’s final stage is the shorted with two runs through the 8.82km Whitford Forest and the exciting 6.77km Jacks Ridge Haunui, the purpose-built stadium-like stage with the second run doubling as the Wolf Power Stage offering bonus points.