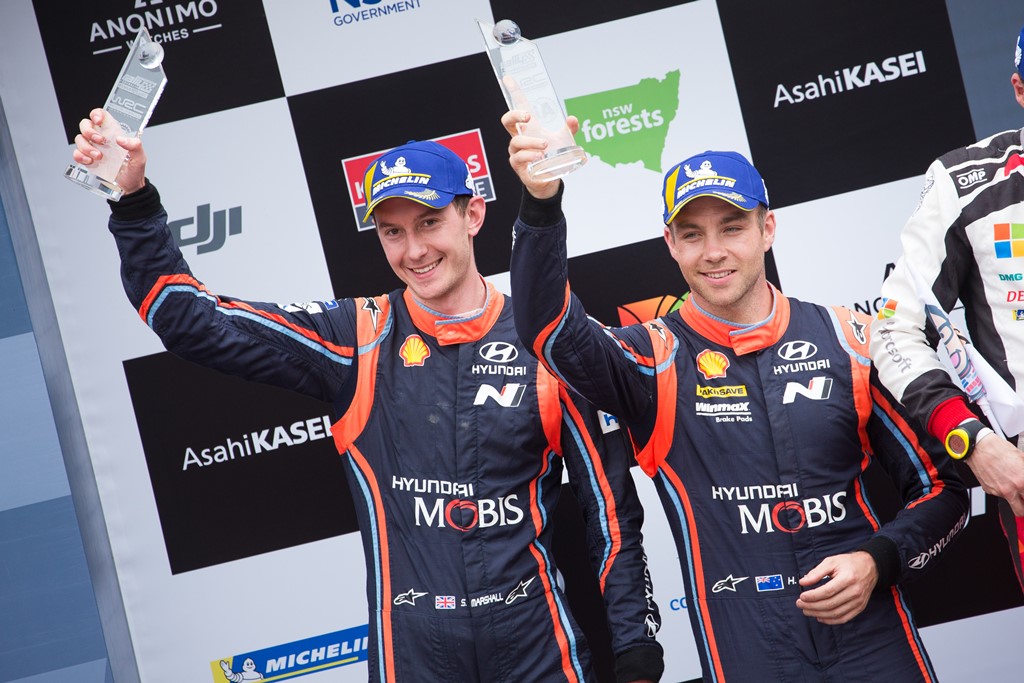 New Zealander Hayden Paddon aimed to push hard at this week’s final round of the FIA World Rally Championship in Australia and, with co-driver Seb Marshall alongside, he did – scoring a hard-fought second place.

In what was a dramatic final day of the season near the coastal New South Wales town of Coffs Harbour, fans followed the lead changes and demise of key championship contenders closely, while Paddon and Marshall were able to secure their best result of their part-time 2018 WRC season. Their second place was also the best result this weekend for Hyundai Motorsport with Thierry Neuville unable to finish the rally and Andreas Mikkelsen finishing 11th. It’s also the pair’s best result since finishing second at Rally Poland last year.

Up for grabs this weekend were the three key WRC titles – drivers’, co-drivers’ and manufacturers’ – so there was a heightened level of intensity among the top WRC competitors. The drivers’ and co-drivers’ championship titles ultimately went to Sébastien Ogier and Julien Ingrassia respectively, while the manufacturers’ title was claimed by Toyota.

Paddon and Marshall were on the pace early on during Friday’s 101.68 kilometres of competition, finishing the day’s eight stages in fourth place, just 12.5 seconds behind rally leader Mads Ostberg, and also the best placed Hyundai Motorsport driver.

Speaking of Friday’s competition, Paddon said: “We have had a nice clean day and find ourselves involved in a close fight at the front. The feeling inside the car has been pretty good on all stages. I have spent Friday just trying to get the natural rhythm back, learning to push in the car and gaining confidence. Our approach was right. We had an issue midway through the afternoon when a tyre came off the rim; we were forced to use a worn soft tyre for the second run through Sherwood. I was surprised not to lose more time than we did. We can definitely go faster, and we have to keep pushing for the team. There’s no other option.”

Going into the event’s longest day on Saturday – comprising 133km of gravel rallying over 10 stages – Paddon wanted to do his best to help Hyundai Motorsport in their close fight for the manufacturers’ championship with Toyota.

Paddon was again consistent and quick throughout the day, winning two stages – both on the repeated run through Argents Hill Reverse (SS9 and 13) – to wrap up the day in third place overall and only 26.3 seconds away from new rally leader Ott Tanak.

Paddon said Saturday’s 10 stages offered him the chance to get back onto some of his favourite stages of the year. “I have really enjoyed myself out there. There’s still more pace to be found, but we set ourselves the minimum target of a podium and we’re looking in good shape for that so far. The weather might still have a role to play tomorrow so we have to keep pushing. I’ve had a great feeling from inside the car and started to really get into the groove. Winning the repeat of the Argents Hill stage was probably the most fun I’ve had in a rally car all year. We now have one final day to see what more we can do – it’s still pretty close up top.”

Rain started falling during Saturday’s super special stages and continued on Sunday, transforming the gravel forest roads into a muddy mess. Paddon went into the final day just 4.4 seconds behind second-placed Jari-Matti Latvala. As the grip came and went in the midst of the morning’s stages, Paddon was able to secure his third stage win in SS20 before heavy rain affected the Coffs Coast region, rendering conditions extremely slippery. His comment at the stage end was: it’s not over ‘til it’s over.

“I was always a little bit nervous about today as I have never really shone when it has got really slippery, so we focussed on making no mistakes,” Paddon told Speedcafe.com.

With a more conservative approach through the next two stages, Paddon held his third place relatively easily from fourth-placed Mads Ostberg. Another good stage time in SS23 plus Tanak’s crash out of second place moved Paddon and Marshall into second place overall with one stage to go. The pair bought their Hyundai i20 Coupe WRC home for their best-ever result together, as Marshall concludes his time as Paddon’s WRC co-driver.

Paddon said: “A great weekend for us! I’m really pleased to be back on the podium and to take our best result of the season. This feels like a proper podium. I felt the last few we’ve benefitted from others’ misfortune, but we’ve definitely earned this one. Each year we’ve been getting one place better in Australia, so I must be on to win it next year! We’ve made good strategy calls all weekend and I’ve felt comfortable in the car. Thanks to the team and to the travelling Kiwi fans who have come out in their droves to support us. It makes all the difference. We have to see what happens next season but I hope this result helps our cause.”

Hyundai Motorsport Team Principal Michel Nandan commented: “First of all, well done to Hayden and Seb for a great podium result and for demonstrating such competitive pace all weekend. They have hardly put a foot wrong all weekend and this result is thoroughly deserved. In terms of the championship, of course we are disappointed but we gave it everything we had. It was always going to be tough for Thierry to capture the title today; he had no other option than to push. That’s rallying and we accept all the emotions that come with it. This has been one of the most closely fought championships for years. The fact it went right down to the final morning shows just how competitive this season has been. We have utmost respect for our rivals and our congratulations go to Sébastien for the drivers’ title and to Toyota for the manufacturers’. We will now look back on the highs and lows of our season as we prepare to come back fighting in 2019.”

On Thursday, Nandan told Speedcafe.com that he is not planning any contract talks until Rally Australia is done. Paddon’s many fans around the world are now waiting to hear what’s next for the Kiwi rally star.

2018 FIA World Rally Championship for Drivers’ Standings
After round 13

2018 FIA World Rally Championship for Manufacturers’ Standings
After round 13 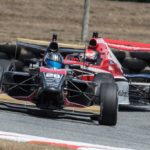 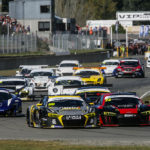