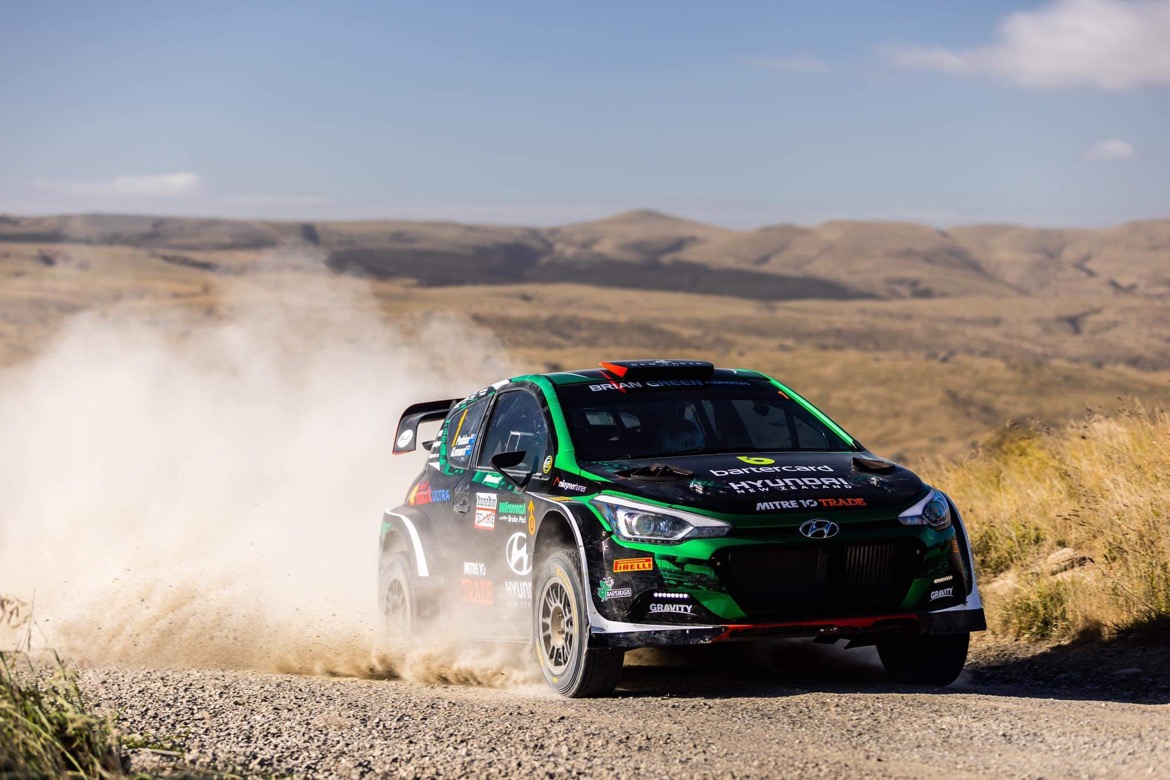 Paddon’s i20 AP4 was on song through Sunday’s stages, having solved the smaller issues he encountered on Saturday.

He duly broke his own stage record on the famous Kuri Bush stage, and alongside co-driver John Kennard, their chase for a sixth national championship is on track.

Second place was taken by the new Skoda team whose driver, Ben Hunt, executed a fine rally while learning the ropes inside his new Skoda Fabia R5 Evo.

Hunt was competing for the first time in the car, and despite not being on Paddon’s pace, he was clearly the best of the rest.

His final finishing position was five and a half minutes behind Paddon, but his stage times on Sunday show he’s made progressions closer to the ex-WRC star.

Raana Horan also executed a stellar rally and was rewarded with a podium placing for his efforts.

The North Islander kept plugging away all weekend and kept his stage times inside the top five, and the consistency meant it paid real dividends.

Robbie Stokes was chasing Horan hard for the final podium placing late on Sunday after he had an up and down weekend aboard his Ford Fiesta AP4.

When the car was working well, he was clearly on the pace of Hunt’s Skoda, but several little issues meant he did not get the ideal result.

In the end, he was only 10.1 seconds from the final podium place.

Emma Gilmour, who had entered Sunday in third, encountered brake issues before the day had even begun.

She had to change a brake caliper on her Suzuki Swift AP4 and was late out of the morning service, resulting in a minute’s worth of penalties.

That set her back for the day, but she fought hard in her chase for the podium places, like Stokes. A fifth-placed finish can be regarded as a success for her given the recent difficulties she’s had with her Suzuki.

Todd Bawden’s new Ford Fiesta R5 MkII also had a strong weekend. His sixth-place finish was just ahead of youngster, Ari Pettigrew, who is also learning a new car.

Eighth was Dylan Turner’s Audi in its first NZRC event since being rebuilt after a big crash, while Mike Young started his 2022 season off with a ninth-placed finish.

The first two-wheel drive car home was Dylan Thomson in his Ford Fiesta ST150, while John Silcock was second in his Mazda RX7.

The Leviathan Hotel Allcomers Rally was dominated by Regan Ross in his Ford Fiesta R5 ahead of Jeff Ward.

The rally went south west of Dunedin to Waihola, with the route including famous stages such as Waipori Gorge, Whare Flat and the legendary Kuri Bush.

There were 133 competitive kilometres over the eight stages, before the rally finished at the seaside village of Brighton. 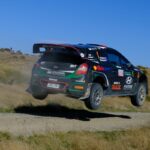 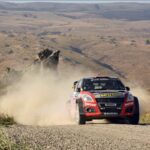