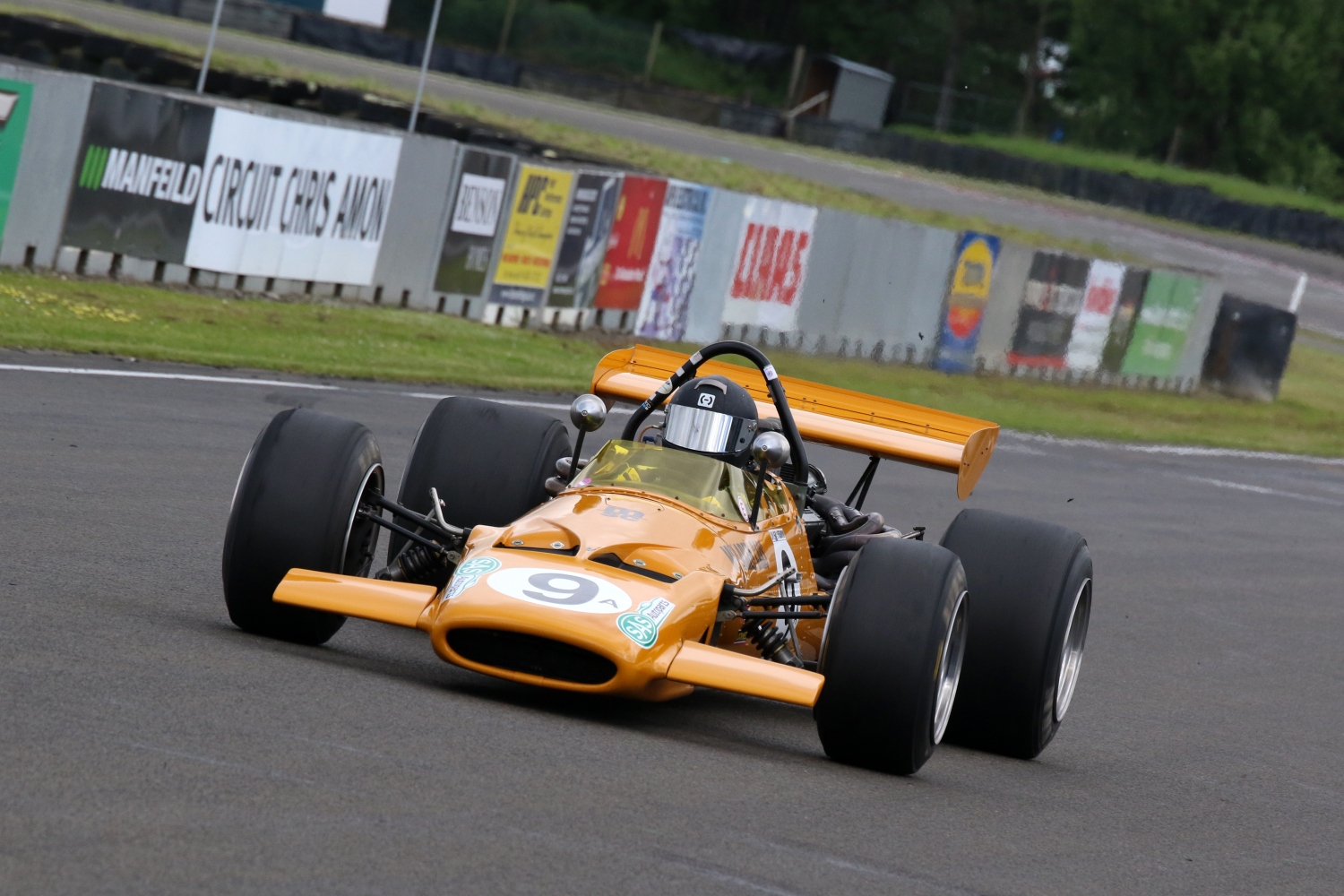 “Speed, colour, excitement and action…..plus – of course – that unforgettable ‘rolling thunder’ sound as 15 (at last count) of these incredible cars accelerate away from the rolling start and head off down the hill to the first corner en masse.

“As the saying goes; ‘If that doesn’t get your blood pumping I don’t know what will!’”

At the Historic GP meeting on the full 3.4km International circuit this time last year, visiting UK driver Michael Lyons (Lola T400) claimed pole position with a scintillating time of 1:24.179 before setting a new category lap record – a 1:25.301 – in the first race of the weekend.

Any sub 1:30.000 time is impressive for a 40+ year-old racing car around the tight, technical 14-corner international circuit at Bruce McLaren Motorsport Park and this year – as last – the F5000s will be the quickest cars at the meeting.

By some margin too!

The purpose-built, full spaceframe, TraNZam saloon cars, with their ultra-lightweight clip-on bodies and larger-capacity, considerably more powerful V8 engines, were the only ones to get even remotely close – times-wise – last year, with Kerry Jones claiming pole position with a time of 1:32.119, before Rob Bergren set the quickest race lap of the weekend – a 1:34.495 in the second race of the weekend on Sunday morning,

Desptie the on-going COVID-19 coronavirus situation keeping the SAS Autoparts MSC series’ regular UK and Australia-based competitors at home this year, the second of four rounds of the 2020/21 season at the big Taupō Historic GP celebrating Ford meeting at Bruce McLaren Motorsport Park should see as many as 15 locally-based cars on the grid this weekend.

Recently rebuilt from the ground up, the car – the original 1972 Tasman Series-winning Leda LT27/GM1 001 – is immediately recognisable thanks to the perfectly recreated neon pink paint finish of McRae’s main sponsor at the time, STP.

The car is one of two owned by Queenstown couple Alistair and Vicki Hey, with the other, the ex Evan Noyes/Chris Lambden Leda LT27 004, which 25-year-old Christchurch ace Michael Collins has driven for the past three seasons, now in the hands of one of his two older sisters, Anna Collins,

Like the family’s first-born, Katherine, and younger brother Michael, Anna, 28, enjoyed a successful career start in karts. She then graduated to the South Island Formula Ford championship in 2015 and now the SAS Autoparts/MSC NZ F5000 Tasman Cup Revival Series in 2020.

Anna won the NZ Class 2 Formula Ford championship in only her second year running in the category and last season she finished 5th overall in the South Island F1600 Series.

Set to take the battle to the Collins siblings this weekend is 2019/20 series’ runner-up Glenn Richards from Auckland (ex Eppie Wietzes Lola T400) plus the series’ other familial pair, father and son David and Codie Banks.

Once again, David – the man behind series’ sponsor SAS Autoparts – will be back behind the wheel of his ex-Jon Woodner Talon MR1 while son Codie, who works with his parents in the family business, will be driving the ex-Kevin Bartlett/Johnnie Walker ‘Magnum Wheels’ Lola T332.

Annabell, from Hawera in Taranaki, will be one of two SAS Autoparts MSC series newcomers – both, appropriately enough, driving McLaren F5000 cars – competing at Taupo this weekend, in his case in the ex-David Good McLaren M10B 400-7.

The other new face – a man who in fact is making his SAS Autoparts MSC series’ debut at Taupo this weekend – is Tauranga driver Rob Ward, in the ‘low-wing’ ex John Barker McLaren M10A he bought from the USA in 2017.

The Taupō Historic GP runs over two-days, 23 and 24 January 2021. As well as races for Formula 5000s, the event features demonstrations of many historic Ford racing and rally cars, races for Historic Muscle and Saloon Cars, Formula Junior, Historic Sports Racing and other Invited Historic Cars, Historic Formula Fords, Historic Sports Sedans & Allcomers, and TraNZams, plus displays of Ford models spanning 60 years of motoring in New Zealand assembled by members of multiple Ford-Owner clubs from around the country. 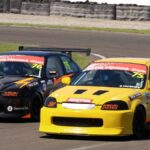