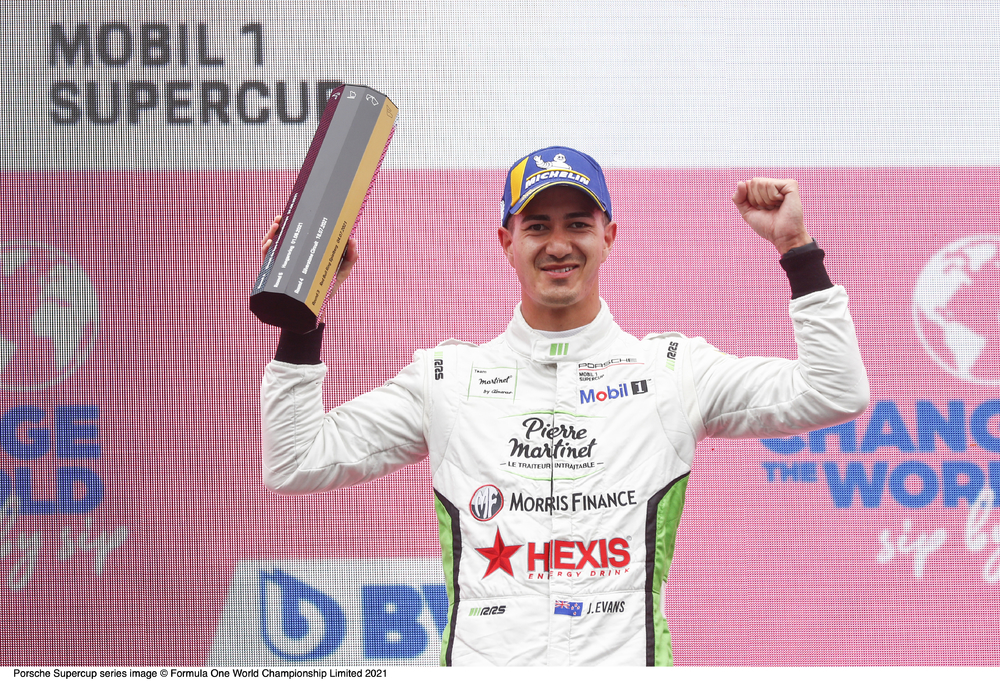 Jaxon Evans confirmed as Porsche Driver for 2022 and beyond

2018 Porsche Paynter Dixon Carrera Cup Australia Champion Jaxon Evans has inked a new multi-year contract as a ‘Porsche Driver’ that will see him race internationally for the marque in 2022 and beyond.

The Kiwi-born racer competed for two years on the Formula 1 support bill as a Porsche Junior driver in the Porsche Mobil1™ Supercup and won the Rookie Championship in Carrera Cup Deutschland in 2019.

While COVID-19 impacted his 2021 racing season, Evans says that he has continued to race and grow as a professional driver and is confident about the year ahead.

“I’m really proud to re-join the Porsche family for 2022 and beyond. I feel like I have developed further as a person and driver – both on and off the track – since my time with them as a Porsche Junior,” said Evans.

“I’m super pumped to see what we can achieve together moving forward. Porsche does a great job of aligning all the right components to provide their customer teams and drivers with the best chance of winning. I hope together we can continue this winning way.

“I’m feeling confident about the season ahead as we have some great programs lined up, and I’ll compete alongside some very talented teammates, so good results shouldn’t be too far away.”
Evans’ Porsche journey began at 17 when he tested the 911 Cup Car at Queensland Raceway with McElrea Racing. After learning about Porsche’s Motorsport Pathway to the top of sports-car racing, he was determined to forge a career with them overseas.

“I worked my way up from the bottom in Australia, starting out in the Porsche Michelin Sprint Challenge (formerly GT3 Cup Challenge) before going on to win the Carrera Cup Australia Championship in 2018. From there, I had the opportunity to access a motorsport career in Europe by winning the Porsche Motorsport Junior Shootout and being selected as one of two Porsche Juniors.

“That led me to the Porsche Junior Program, where I had the opportunity to work with some of the best GT drivers in the world, attend physical training camps, and receive media training and onsite driver coaching.

“Now I am a professional driver with them, racing in Europe. It’s been a great journey so far, and I’m excited to see what the future brings working with Porsche,” said Evans.

In 2022, Evans will compete in the FIA World Endurance Championship, driving the Porsche 911 RSR. He’ll also contest selected races of the NLS Nürburgring Endurance Series racing in the Porsche GT3R. 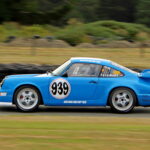