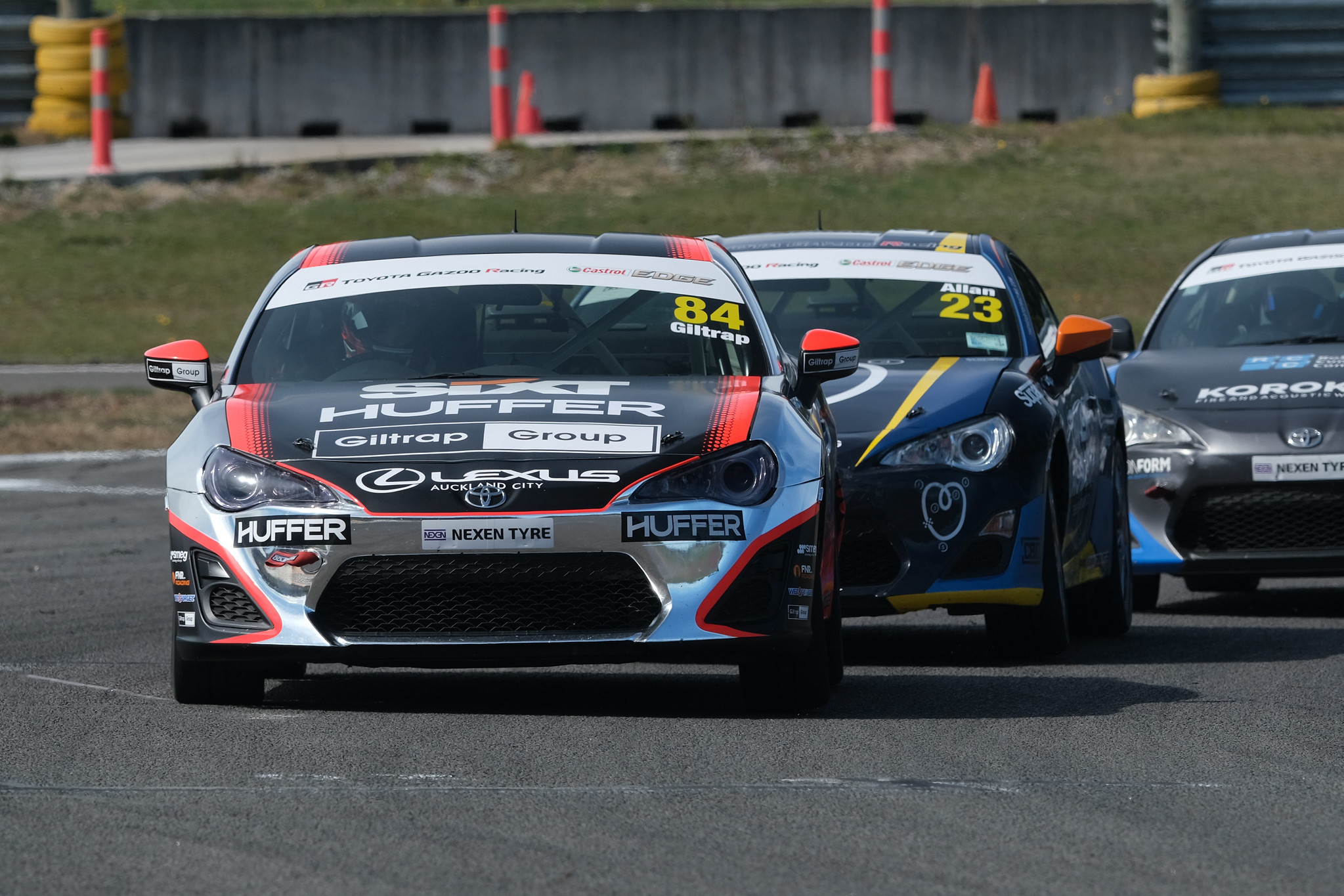 Marco Giltrap put in an epic drive to withstand massive pressure from Hugo Allan and record his first win in the Toyota 86 Championship.

Starting from pole position thanks to a tenth place finish on Saturday and the reverse top ten grid, Giltrap made a clean start and led the field away from the first corner. As second place Matthew McCutcheon fell into the clutches of the cars behind, Marco kept his head down to build a two second lead over the chasing pack.

Hugo Allan moved into second place on the fourth lap of the race and within two laps was on Giltrap’s tail. Try as he might he couldn’t find a way past the Giltrap Racing car and Marco showed huge maturity as he fended off the Heart of Racing car for corner after corner and lap after lap.

“It’s been a long time coming. We’ve had a lot of seconds and thirds so to win feels absolutely awesome,” said a delighted Giltrap afterwards.

“For about five laps I thought we had decent pace and then I saw Hugo coming and that’s when I got a little bit scared about his pace. I knew I was going to have to defend at some point and that it was a matter of when not if. Hugo was very quick that whole race but I just manged to hold him off. It was close a couple of times but just great racing.

“I’ve spent a bit of time in the field and driving to defend a place is something you have to learn quickly in this championship as it’s so competitive, but Simon has also been a great help in that regard mentoring me.”

Evans himself was in the battle pack throughout the race, but didn’t manage to stop championship rival Rowan Shepherd from getting by on lap two. The two stayed in close company throughout the race until fate struck Evans again and a puncture on the last lap which dropped him to 16th and handed Shepherd some very valuable points in the chase for the title.

Hugo Allan was a satisfied second at the track where he made his Toyota 86 Championship debut one year earlier. His first win must come soon, as should Dion Pitt’s after his fine drive to the final place on the podium. He was right in the fight for the race win at the end of the 12 laps. Matthew McCutcheon could also be pretty satisfied with fourth place in the race after duelling throughout to keep himself in the hunt. Another solid drive in the revers grid format race netted Masters racer John Penny a class win and fifth overall.

Behind the top five Clay Osborne had a fantastic race to finish sixth, going from 20th on the grid and passing both Evans and Shepherd during the 12 laps. Shepherd, Ronan Murphy, an impressive Christina Orr-West and Chelsea Herbert rounded out the top ten. Further back, Justin Allen made a good recovery from the back of the grid to finish 11th and score valuable points in his championship campaign while Brock Gilchrist recovered from an eventful first lap which dropped him to the back of the field. He came home in 15th place.

Saturday winner Zac Stichbury had worked his way up from tenth on the grid to third place and looked like a threat for another race victory before mechanical troubles sent him into the pits and early retirement. 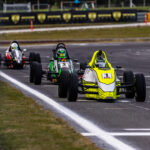 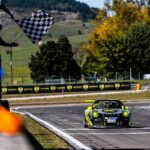