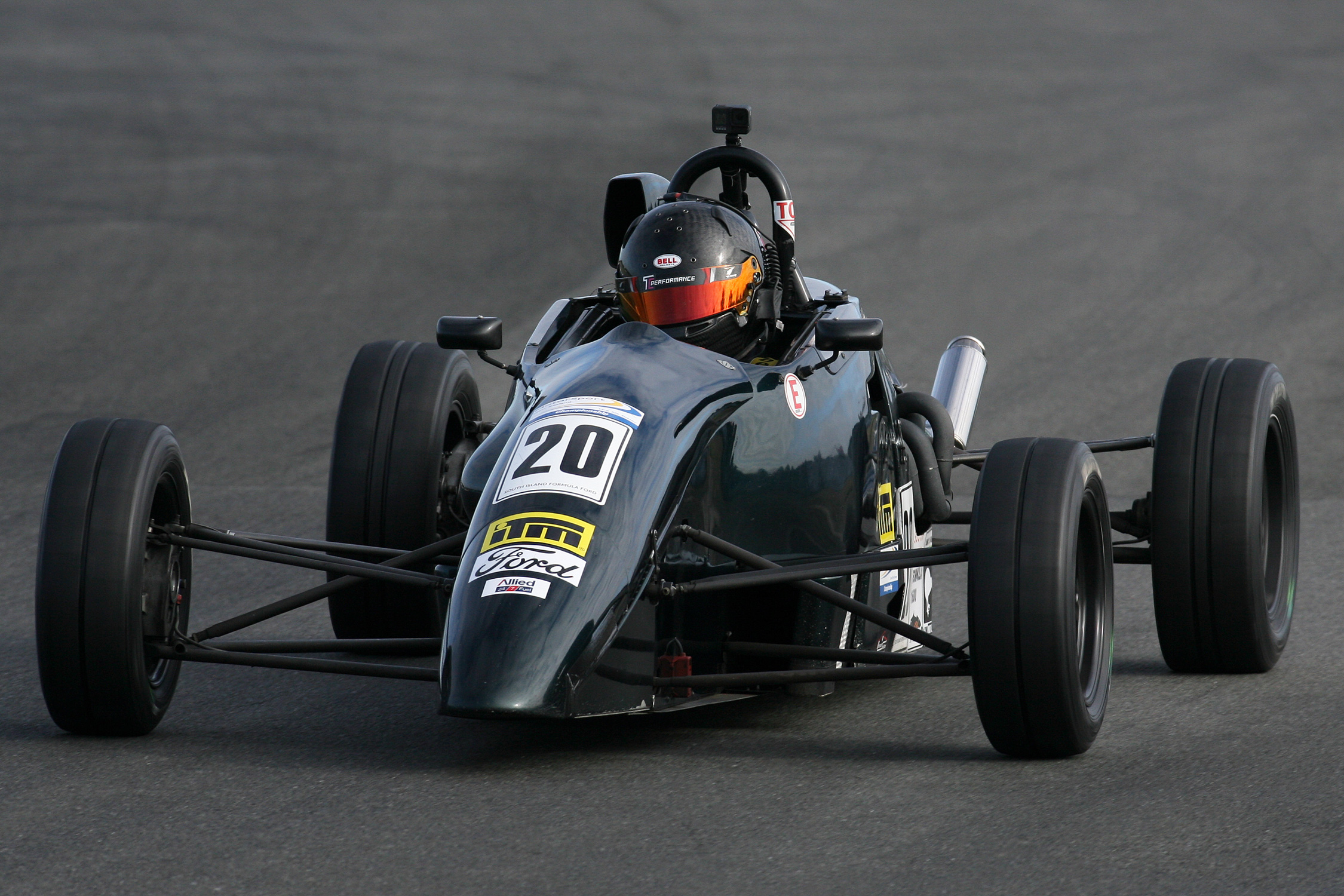 Christchurch’s Jacob Douglas will take the next step in his motor racing career this week with a one-day test in a Toyota Racing Series FT60. This opportunity comes on the back of a strong final New Zealand Formula Ford championship round at the Mike Pero Motorsport Park as part of the Formula Ford Festival last Saturday. Douglas finished with an eighth and two fourths at the round and unfortunately crashed out of the final Formula Ford Festival race while in control of third place.

“The weekend has gone well,” commented Douglas. “We had some really good pace, got some personal bests and was battling for podiums.”

Qualifying on Saturday morning took place in tricky conditions with a cold and damp track that dried out considerably over the 20-minute session.

“I didn’t quite get it right. The conditions were tricky, and the track dried out really quickly near the end so had to settle for 11th on the grid.

“I was able to improve in the first race finishing eighth and put a good lap in, setting fifth fastest time.”

This gave him fifth on the grid for the second race of the round, putting him in a position to fight for podiums.

“I battled for a podium in the next two races with Blake (Evans) and Zac (Christensen), which was really good. They both didn’t make it easy as they didn’t make mistakes.”

The Formula Ford Festival, celebrating 50 years of the category in New Zealand, finished with an 18-lap feature race which saw nearly crowned NZ Formula Ford champ, James Penrose, go on to win from rival Matthew McCutcheon. Douglas found himself in a strong third position before a mechanical problem saw him off the track at the sweeper leading onto the main straight and out of the race near the halfway mark.

“We got a bit unlucky with an issue and I ended up in the fence” said Douglas. “Thankfully there was not much damage. I’m really stoked with how the weekend went and happy with how I drove.”

After a stellar kartsport career, the 15-year-old moved to single seaters and competed in the last four rounds of the 2020/21 South Island Formula 1600 Championship. Having missed the first two rounds due to international kartsport commitments, the fifteen-year-old was able to finish sixth overall and claim the Rookie of the Year award.

The team decided to compete in the three-round 2021 NZ Formula Ford Championship, with the challenge of more new circuits and a step up in the level of competition at a national level, provisionally finishing third in class and sixth overall.

Now with just seven single-seater race meetings behind him, Douglas will drive an FT60 Toyota Racing Series car at a one-day test on Tuesday in Christchurch with TOYOTA GAZOO Racing New Zealand.

“It’s a big step up from the Formula Ford,” said Douglas. “There will be quite a difference, but it is a step up which I am looking forward to.” 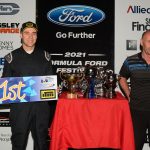