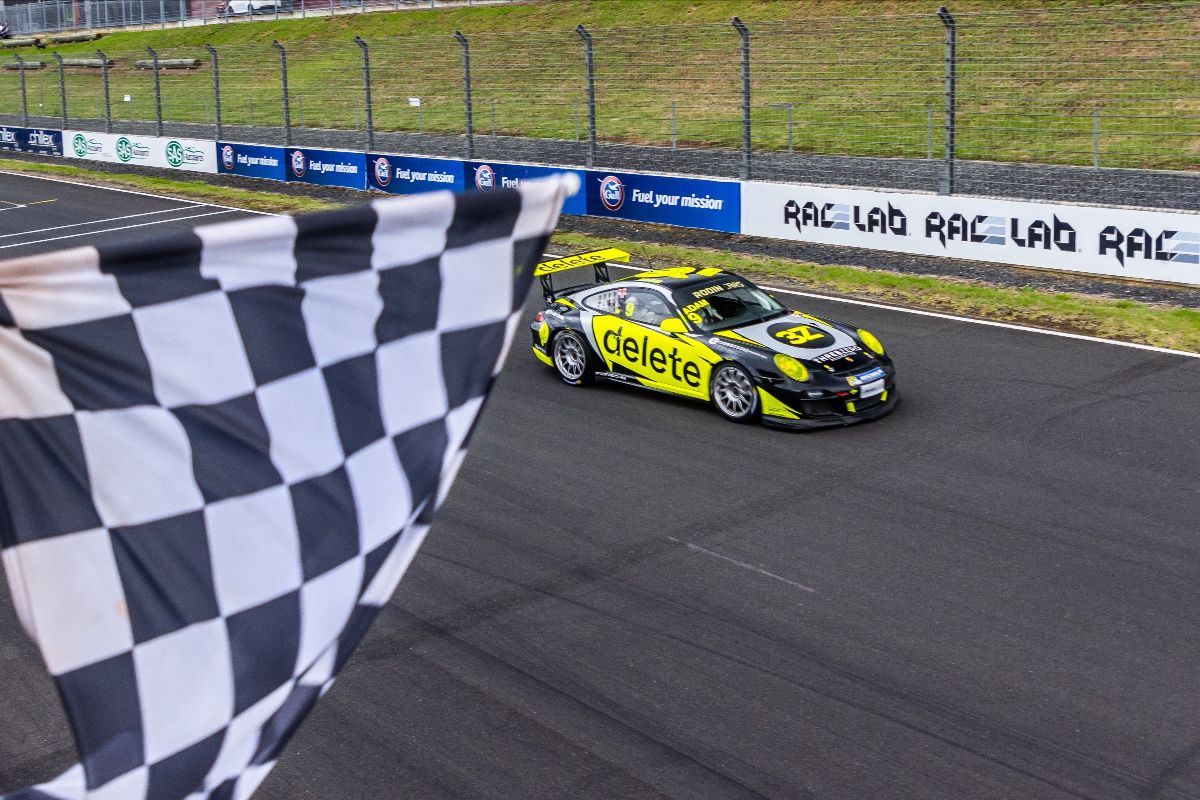 Connor Adam in his Porsche 997 has clinched victory in the first race of the weekend in the Rodin Cars Super GT Series at Hampton Downs today, while Stephen Harrison took the honours in GT4 aboard his Aston Martin.

In GT4 it was Harrison in first, David Cremer in his McLaren taking a well earned second place, with the Ferrari 458 of Wayne Leach in third.

At the start of the race, scheduled for 30 minutes, it was pole-sitter Paul Kelly who held the lead into turn one with Connor Adam and Martin Dippie holding second and third respectively.

By the end of the first lap, Dippie had lost a couple of places slip through the order

With the pitlane window opening at the 10-minute mark, the first of the runners to head to the pits and complete their compulsory timed pit stops was Dippie, followed by David Cremer.

Race leader Kelly elected to stay on track, to take advantage of some clear air and extend his lead – when he would eventually come in for his stop he would have to wait in the pits for one minute.

Kelly eventually made his dash to the pits at the 14-minute mark, followed by the Mercedes AMG GT4 of Jono McFarlane. That effectively handed the overall lead of the race to GT4 runner, Nigel Cromie in his McLaren.

Having completed his stop, Kelly rejoined the race and slotted in behind Dippie quickly passing the fellow Porsche racer to take fifth place.

Cromie then made his pit stop, which handed the overall lead of the race Grant Aitken, in his Porsche Cayman GT4 who was one of the first to make his stop earlier in the race.

With all of the pit stops complete, Connor Adam found himself in second place with 7mins to go and quickly making the pass into first. From there, looking to hold the lead and stay ahead of the fast-closing Kelly and Bostock.

Holding his cool and track position, Adam eventually crossed the line 3.1 seconds ahead of Bostock, with Kelly not far behind to take third. The top five in the Porsche class was rounded out by Paul Southam with Dippie fifth.

In the dying laps of the GT4 battle, Dave Cremer in his McLaren had been holding down the lead from a hard-charging GT4 class points leader Stephen Harrison in his Aston Martin.

Harrison eventually getting past with a handful of laps to go, crossing the line 2.5 seconds ahead of Cremer with the Ferrari of Wayne Leach grabbing third 4.4 seconds behind. The top five of GT4 was rounded out by the McLaren duo of Todd Bawden and Nigel Cromie.

The Rodin Cars Super GT Series have another 30-minute race tomorrow morning before the 1-hour feature race in the afternoon. 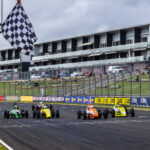 Dylan Grant goes back to back at Hampton Downs 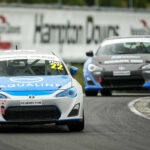