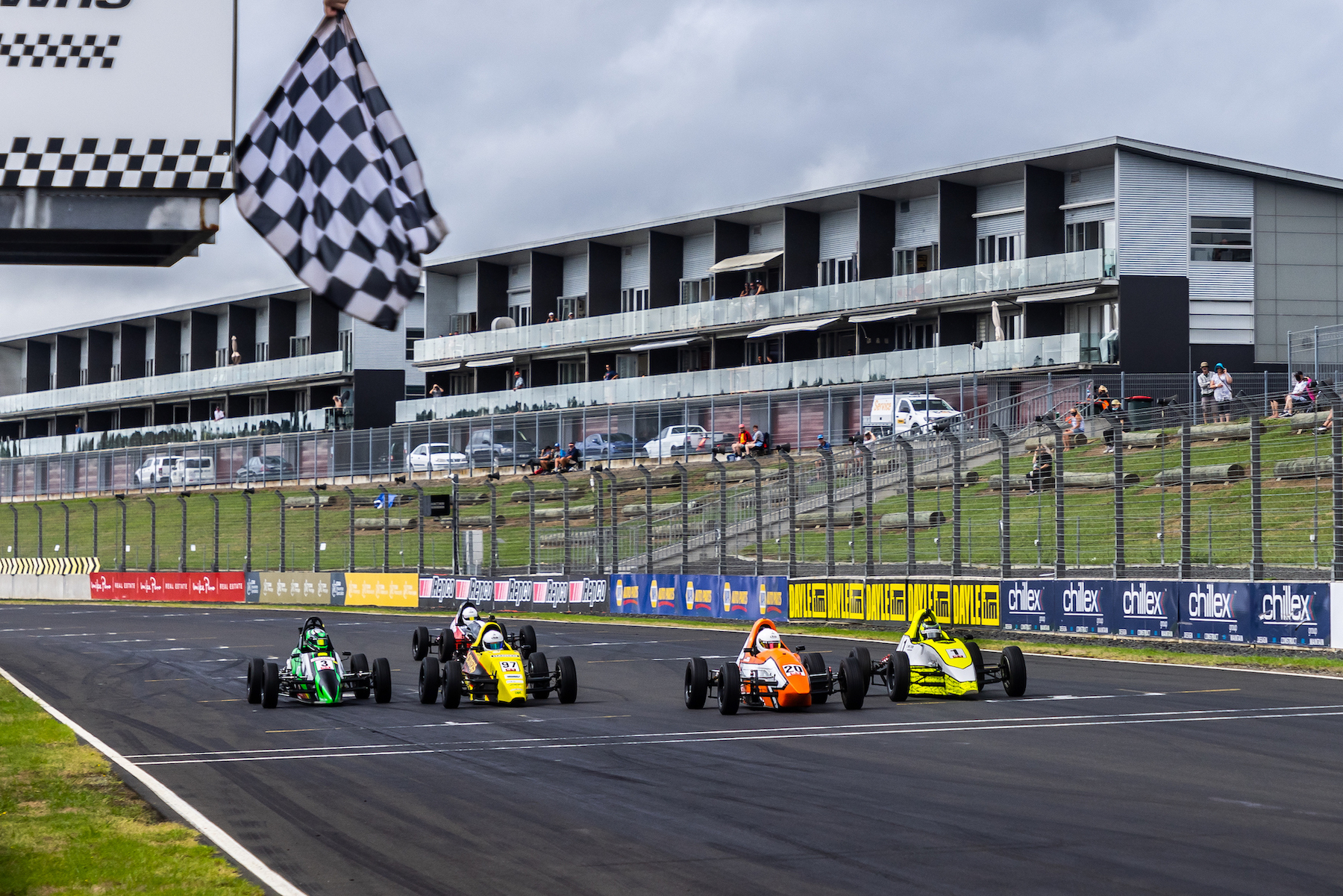 Dylan Grant goes back to back at Hampton Downs

Dylan Grant has taken back to back race wins in the opening round of the 2021-22 Hi-Q Components NZ Formula First Championship at Hampton Downs. Grant had to fight a lot harder for victory than his dominant victory in Saturday morning’s earlier race, winning a drag race to the flag with the other podium getters.

Narrowly missing out on the win was Chris Symon, who came home just 0.036-seconds shy of first-place in the four-wide photo finish. Leo Scott finished up in third place, less than a tenth from second. Zach Blincoe was then fourth across the line, just 0.072-seconds behind Scott.

Mason Potter narrowly missed out on joining the four-car fight for the win, taking fifth place convincingly over the leading rookie Blake Dowdall.

The young gun scrap was alive and well once again with Jenson Bate taking seventh over Jensen Foster in eighth, Jack Groenewald in ninth with Hayden Lines rounding out the top ten. Liam Nicholson, Mauro Iglesias and Daniel Peterson were next to take the chequered flag in 11th, 12th and 13th respectively. Judd Christiansen did not finish due to a mechanical issue. 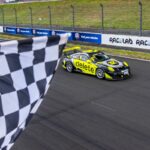