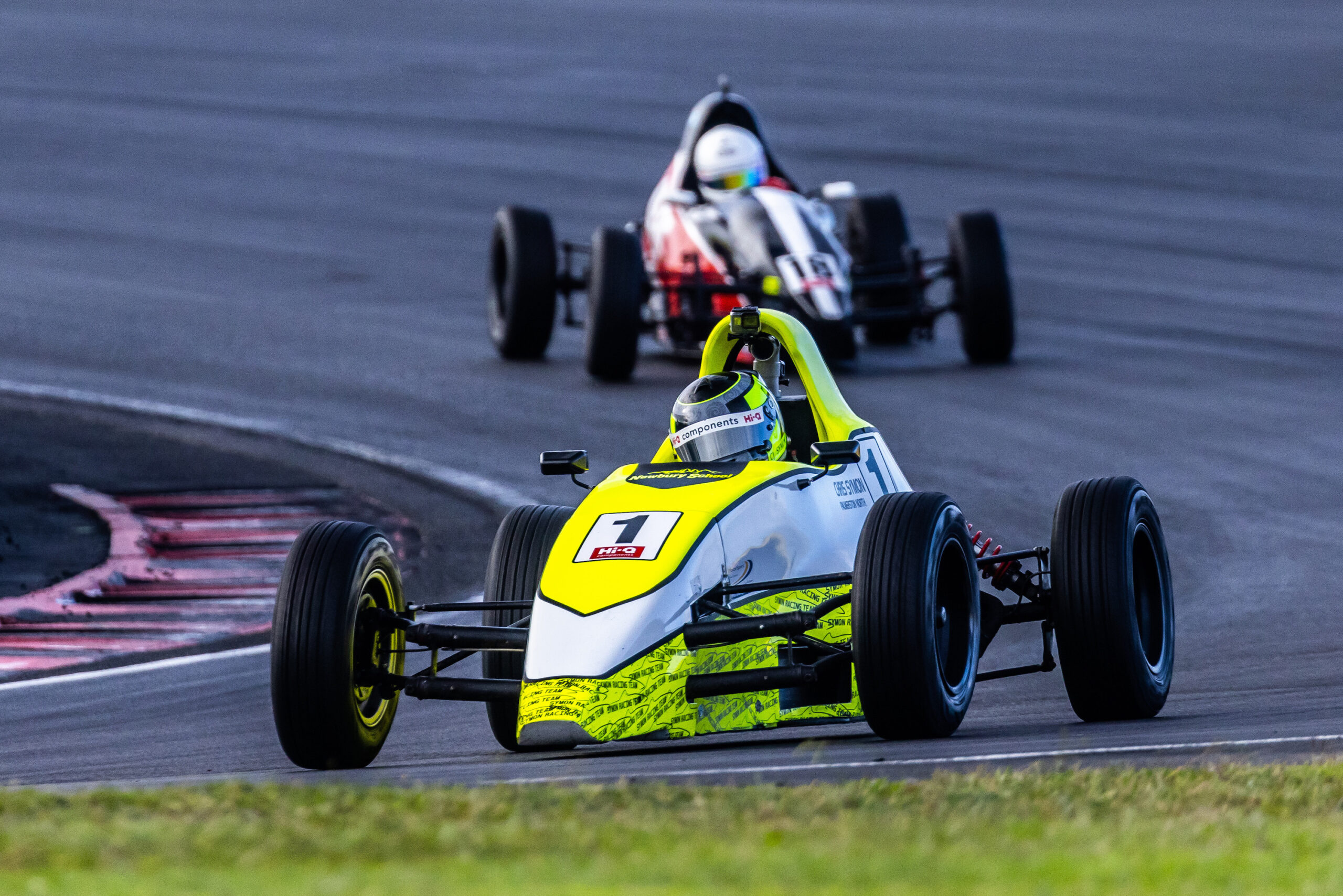 Chris Symon has cruised to victory in the penultimate race of the 2021-22 Hi-Q Components NZ Formula First Championship. After amassing an unassailable points lead in Saturday’s opening race, Symon consummated his second-tittle with victory at a slippery Hampton Downs.

Dylan Grant struggled off the line, dropping to the mid-pack on the opening lap but quickly made his way back to the front to finish in second place and set the fastest lap of the race. Mason Potter finished in third place.

The first of the tight tussles on the track was the battle for fourth and fifth. Zach Blincoe was sitting pretty in fourth while Jenson Bate in fifth slowly chipped away at the gap in front. Come the final lap, Bate was close enough to use the draft to slingshot past Blincoe to claim fourth at the line by just 0.022-seconds.

Hayden Lines finished in sixth place, a blow to his rookie of the year title ambitions as Bate’s lead extends to 17-points with just one race to go.

Jensen Foster came unstuck mid-way through the race after an incident with Paul McCormack. Foster finished in tenth with McCormack 11th. Daniel Peterson crossed the line in 12th. 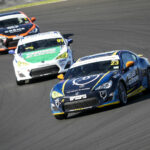 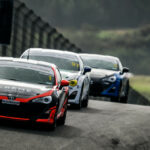