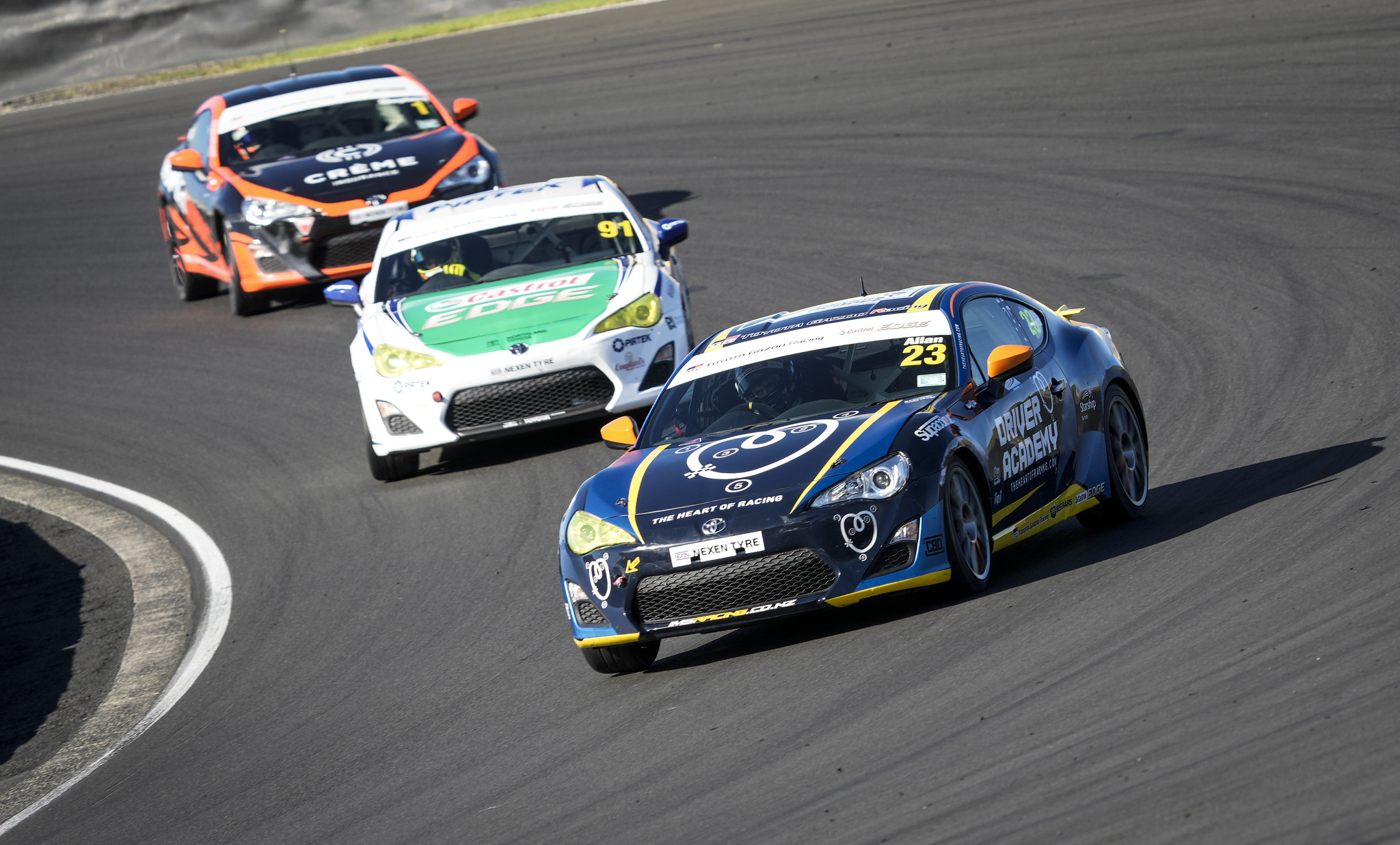 Rookie Hugo Allan took his second win of the season in the Toyota 86 Championship with a commanding win in the first race of three at the season finale at Hampton Downs today.

Starting from pole position, The Heart of Racing ace made the perfect getaway to lead fellow front row sitter Ronan Murphy into the first turn. An initial challenge from Murphy faded and his race became one of keeping a watching brief on championship leader Rowan Shepherd, whose third place extended his championship lead ahead of Simon Evans.

Any early concerns about race pace were soon dispelled as Allan drove away to what was ultimately a comfortable win. “It was a good start but we were a bit worried about pace on cold tyres,” he said. “There was a moment or two when Ronan was close but I just managed to hold position. Thankfully later in the race our car really came alive and I’m stoked to get another win.”

Murphy looked strong throughout the race but eventually had to start focussing on a charging Shepherd behind. A challenge that might have affected both was unlikely to come from Shepherd – an Action Motorsports team member like Murphy – and Shepherd looked very comfortable in a car his team had obviously improved from practice. His third place consolidated his lead in the championship with two races to go on Sunday.

Behind the top three Simon Evans fought tooth and nail with Dion Pitt for fourth place once his team mate Marco Giltrap had run wide at the first turn on lap three and pushed himself down the order and out of contention for the race.

Evans and Pitt were side by side for almost a lap later on before Dion found a way through. Evans then had to fend off Justin Allen – charging along in the NAPA Autoparts TR86 – as the two scrabbled for the best possible points. By the flag it was Pitt in fourth, Evans in fifth and Allen in sixth.

Behind them, the race featured the usual intense midfield battles and it was evergreen Master John Penny that raced through to take seventh place and tighten his grip on the Masters Trophy for the season. A disappointed Giltrap recovered from his grassy moment to eighth while Brock Gilchrist took ninth and Christina Orr-West led the charge for the girls with a solid top ten finish.

That tenth place means Christina will start the second race on Sunday morning from pole position in the yellow Dayle ITM car with Giltrap alongside. The top ten of the grid is a reverse of the top ten finishing order from the Saturday race and even though championship leader Shepherd starts from eighth on the grid, he’ll be confident he has the car pace to move through the pack and bag another haul of points. 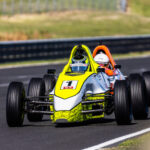 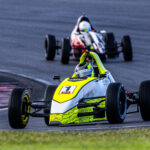