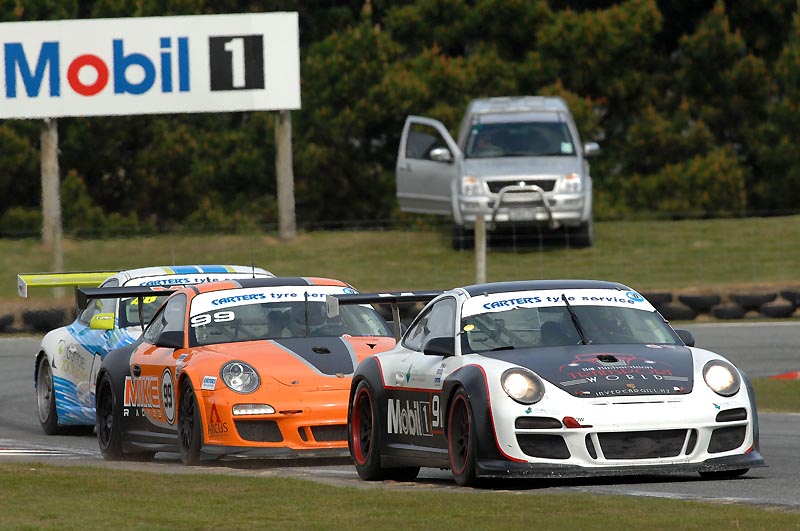 It’s another bumper field as the 2018 Carters Tyres One Hour Race Series heads into its second round at Mike Pero Motorsport Park Ruapuna on Saturday 29th September, with a field of nearly 50 cars set to take the starters lights. Entries have been received from all manner of machinery and range from late model factory race cars through to tyre shredding V8’s and little Toyota’s and Honda’s that grandma once drove. With the One Hour Race Series drivers experiencing the thrill & strategy of endurance racing and compulsory pit stops, teams and spectators alike are guaranteed to see some great racing action on the technical Christchurch circuit.

The Teretonga race was held in fine conditions and was a credit to all the drivers for a courteous and clean race. The monstrous Toyota AE86 V8 of Chris Henderson scorched around the Invercargill circuit to snatch pole position and then went on to win the race, lowering the 1hr lap record in the process as well as claiming top points in both the Overall and Class C (3501cc+) standings. The race for second was an enthralling three way battle right to the chequered flag with Scott O’Donnell/Allan Dippie (997 Cup S) claiming second outright and first in the Porsche dominated Class D. O’Donnell/Dippie finished just ahead of Rowan Shepherd (997 Cup) and Steve Parker (997 Cup S) in what was the battle of the race. Parker had started off the front row and will be ruing an early race spin and will be looking for redemption at Ruapuna. Others looking for another solid result to accumulate series points will include Porsche 991 Cup cars for Danny Whiting & Jonas Paterson, and the magnificent McLaren 570S GT4 of David McAlpine/Kynan Yu. There will be two other GT4 cars entered for Ruapuna with Grant Aitken (Porsche Cayman GT4) being joined by another Cayman GT4 for Stewart Callaway/Rory Callaway. Good news is that the Carters Tyres Falcon V8 Supercar will be back for Ruapuna and is certain to be a front runner, as will Chris Small/Johnny Small (Porsche 997 Cup) who were another of the top teams not to make the Teretonga race start. Also look out for previous North Island Series 1hr Champ Matt Whittaker who will debut his new Porsche 991 Cup Car. However missing from this class at Ruapuna will be John Wasdworth’s spectacular MRX Cruise V8 out with a broken crankshaft and the Anthony Leighs Porsche 991 after his big Teretonga shunt.

Class C (3501cc+) always brandishes spectacular machinery and although Henderson took class honors reasonably easily at Teretonga we can expect a big challenge at Ruapuna from Bruce Davidson. Davidson had his Corvette C6R flying at Teretonga only to break a suspension mount late in the race to record a DNF. This left the Porsche 996 of Garry Derrick/Ben Derrick to take 2nd in class ahead of the mighty MRX Mustang GT-X of Paul Collins that will be more suited to the Ruapuna circuit. Also in Class C will be Nissan Skyline R32’s for Murray Beeby/Karl Beeby and the freshly repowered car of Johnny Waldron. Others to look out for in this class include Boyd Wilson & young gun Jordan Michels in the NZV8 spec Falcon and the Mercedes C63 of Brent Hill/Mike Patterson.

The competition will be as fiercely fought right through each class of the Series and especially Class B (2001cc-3500cc) which saw a good battle at Teretonga between Mike Driver/Phil Hood (Seat Leon Supercopa) and the similar car of Craig Elstob (VW Golf Gti), the latter finishing just seconds ahead of Kieran Grace (Mini Challenge) at the end of the hour long race. The big block Civics will also be looking forward to Ruapuna with the Geoff Clear (Civic 2.4) and Ben Barlow (Civic 2.2) the latter missing Teretonga after dramas in pre event testing. Other welcome and unique additions to this class include the Escort Cosworth of Phil Mauger and the hot little BMW M1 GTr of Matt O’Donnell, which had a fraught debut in the 3hr race at Teretonga. Though the dark horse of the class and possibly the race is the speedy BMW WTC 3.5 of Marco Schelp that took an outright podium position in the recent NIERDC Series race at Pukekohe.

Opening round honors for Class A (0-2000cc) went to series rookies Clark Scott/Jim Boult (Integra) after NZ Class campions Stu Black/Arron Black (ex-WTCC BMW E46) we hampered late in the race by a loose wheel, eventually finishing 3rd. Splitting these two was another series rookie Andrew Kitching in his rapid Honda Civic. Defending class champion Art Markus (Starlet) had a wretched start to his class title defense, getting home as the last classified finisher but still gathering some valuable points. There was a good field of Class A cars at Teretonga and we are expecting 13 cars in this class alone for the Ruapuna round including a hoard of Series rookies driving Toyota 86’s including Todd Foster, Sam Graham, Tom Pickney and Alistair King. At the other end of the scale is past 3hr Series champions Angus McFarlane/Michael Bushell who will again drive the Toyota Starlet that they first raced together 23 years ago, while their Porsche undergoes an engine upgrade. Other to watch out for in this bumper class is Paul Martin (Honda S2000), the Lotus Exige of Mark Meadows and the rapid Carters Tyres Honda Civic of Tim Dossett that was another not to make the race start at Teretonga. So although this class has our smallest cars, every year it produces fantastic down to the wire racing and expect nothing less for 2018.

After Ruapuna, the Carters Tyres One Hour Race Series moves to Timaru’s Levels Raceway on Saturday 13th October for Series’ Grand Finale, where a Series Champion will be crowned. Thanks to Series sponsor Carters Tyre Service as well as Allied 24/7/Fuel, the Carters Tyres Series will again have a huge prize money pool, with One Hour competitors in for a share of over $30,000- that will be paid out as prize money for 2018, as well as major spot prizes up for grabs to a competitors in either the one hour or three hour Series.

There are still a couple of entry spots available for the Ruapuna round and for more information, or to be added to the South Island Endurance Racing Drivers Club’s e-mailing list, please contact Chris Dunn via e-mail at sierdc@xtra.co.nz  Club information and live updates on race day can be found on the clubs facebook page www.facebook.com/sierdcnz, and for more information on the series sponsor Carters Tyre Service, please visit www.carterstyres.co.nz. The Ruapuna action starts from 10.00am Saturday and gate entry is only $20-00. 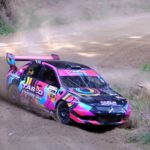 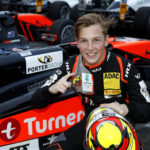