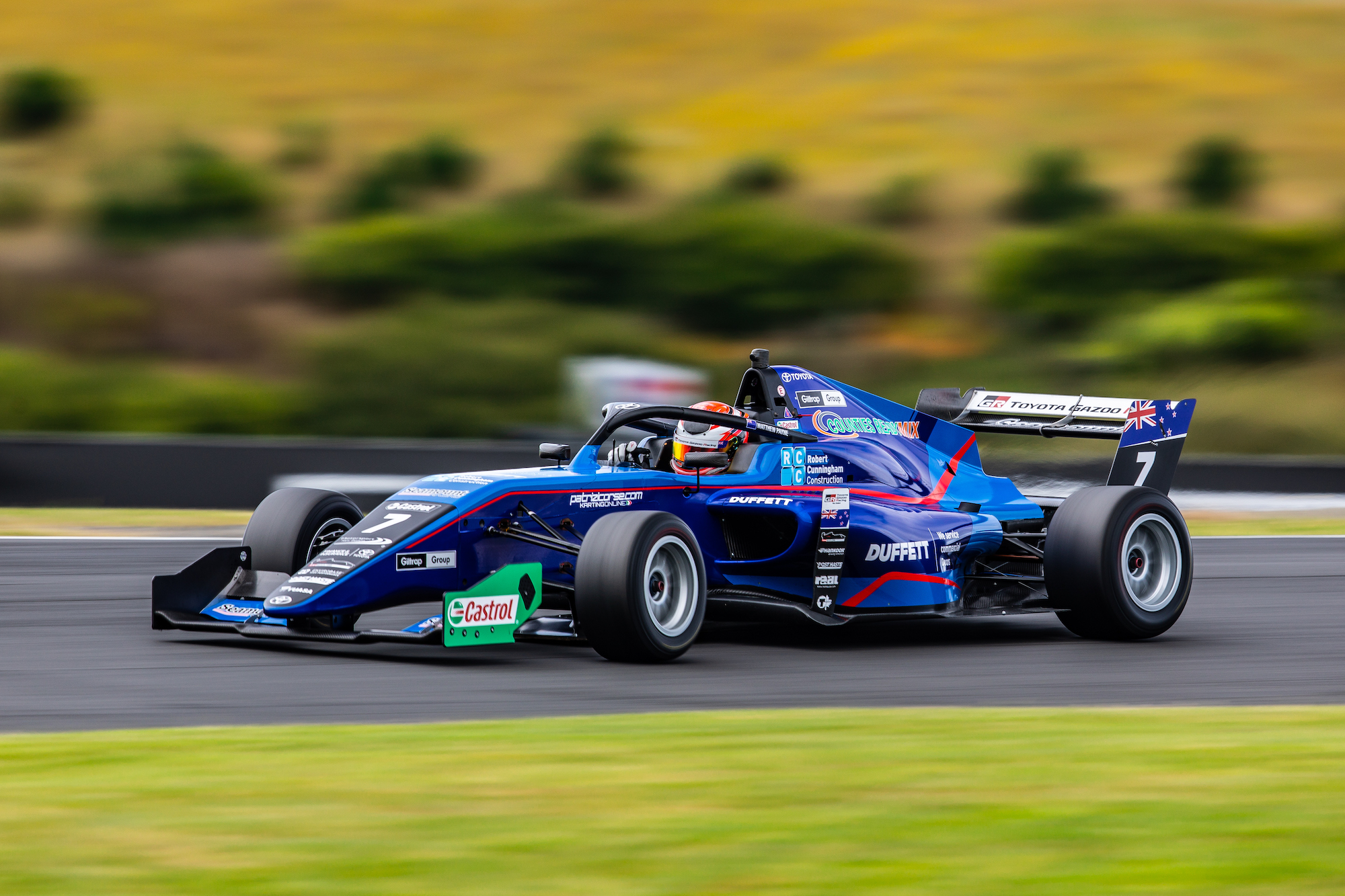 Can anyone halt the reign of Payne?

The 2021 Castrol Toyota Series will be remembered as being unique in the COVID-19 world, but it has also seen the emergence of a major new Kiwi racing talent in Matthew Payne.

Against a field of established stars at the New Zealand Grand Prix, Payne made his mark with a trifecta of third place finishes. He went even better the following weekend with two race wins from the two races securing the Dorothy Smith Memorial Cup in the feature race.

It’s that startling form that sees the Pukekohe youngster enter the final weekend of the 2021 series as the points leader and the man they must all beat around the challenging cambered turns of Manfeild – Circuit Chris Amon this weekend.

His nearest challenger is Kaleb Ngatoa, another huge talent to emerge from the series. He put his name right out there with a scintillating pole position lap for the Grand Prix and has been there or thereabouts in all of the races. Manfeild though, is the Marton racer’s home track and he’ll be pulling out all the stops to beat Payne to race wins and the Castrol TRS title.

“I am really looking forward to racing at my home circuit of Manfeild this weekend,” he said. “The support from everyone throughout the series so far is awesome and I can’t wait to race at home and show everyone what we’re made of!

“I know we’ve got the pace to be at the front and that’s where we are looking to be to fight for the championship in the last round.”

Kaleb has got the opportunity too, with four races remaining to wrap up the shortened 2021 season this weekend and the points gap to Payne sitting at just 26 with Payne on 151 points and Ngatoa on 125.

The problem for both is the speed of the other young guns battling it out in what has become – without the usual internationals in the TRS field – the race to find the best junior driver in New Zealand.

Peter Vodanovich and Billy Frazer both showed at Hampton Downs they have the pace to be competing against the best in the country in the state of the art F3 style Toyota FT60 cars. They come from contrasting backgrounds with Frazer having enjoyed the classical single-seater pathway from karts through Formula First and Formula Ford. Vodanovich has an unconventional path that has included utes, BMW E30s and the Best Bars Toyota 86 Championship – with zero karting or single-seater experience ahead of the 2021 TRS title race.

It’s been a challenging series for another highly talented young racer in Conrad Clark but he has four more chances this weekend to remind people just how good he is. You don’t win the Chinese Formula 4 championship without pace and speed and he’ll be super keen to go well at Manfeild.

So too will Chris Vlok, who’s rolling back the years in the category after an eight season gap since his last TRS campaign. He’s approached the 2021 season in a thoroughly professional and world class way. He spent weeks getting himself back in shape to drive the physically demanding cars and has been getting quicker and quicker with every session on the track. He’ll be keen to sign off in style this weekend at the final round, and a podium place in one of the four races could be on the cards.

It’s a busy format for the TRS racers this weekend. There are three free practice sessions, two qualifying sessions (one Saturday and one Sunday) and four races. On Saturday there is a 22 lap race followed in the afternoon by the Dan Higgins Trophy race and on Sunday a 22 lap race in the morning followed by a 27 lap race later for the Denny Hulme Trophy.

All Saturday and Sunday sessions will be streamed live on Spark Sport, on Motorsport.TV for overseas fans and there will be a free to air highlights package a week later on TV3’s CRC Motorsport Show. 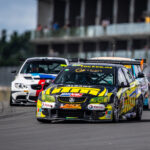 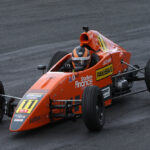 Still plenty to learn for Louis Sharp at Manfeild this weekend