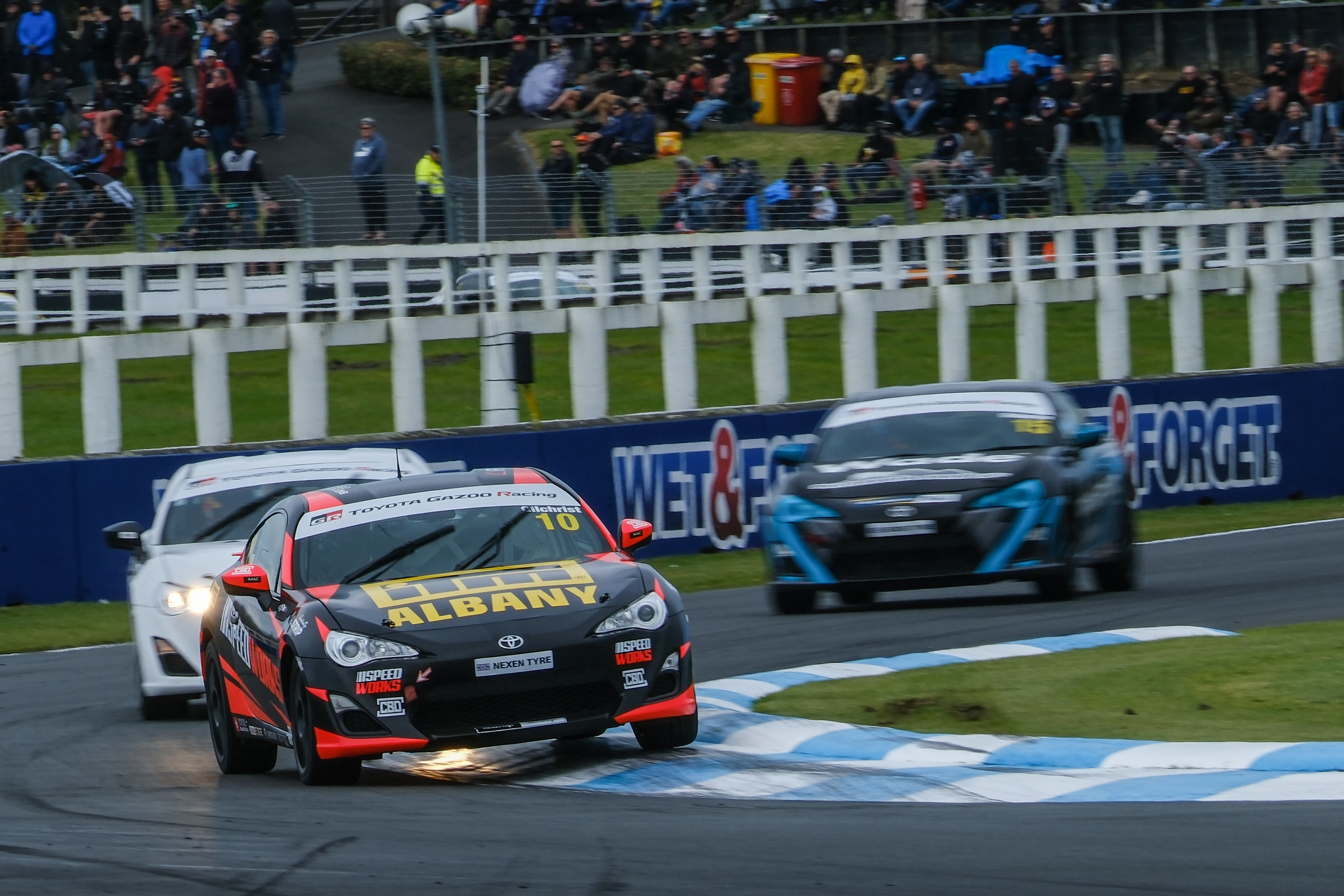 A fine drive from Brock Gilchrist in the first Toyota 86 race of the weekend at the final Pukekohe Supercars event gave the Matakana racer a popular victory ahead of a hard-charging Callum Hedge.

Hedge led from the lights initially, but Gilchrist was soon breathing down his neck and made a great pass on the second lap. Callum was never out of his mirrors even as track conditions worsened with light rain, but Gilchrist held on to take a popular win in front of a big crowd.

“I was under pressure the whole race from Callum and it was just about stringing together my laps and not focussing on what he was doing,” said a beaming Brock afterwards.

“Callum got a mega launch but the tow seemed pretty strong down the back straight so I thought I might as well have a go. It worked out well. We were pushing the whole race and it’s a great way to start the weekend’s racing.”

Clay Osborne was an impressive third to take the final podium spot after a pass on Peter Vodanovich, who looked like a potential threat for victory early on.

Vodanovich later grabbed second gear accidentally and had a spin at the second turn, a rare mistake but one for which he could be forgiven having not sat in a racing car before this weekend in 2022. This dropped Peter out of a definite top five finish.

There was plenty of mid-field action behind the leaders and the battle for third during the 12 lap race. There were two key moments in that action, both triggered by Mark Mallard, that were significant.

On lap six he half spun on Pukekohe’s notorious turn two, had a wild moment which he miraculously saved, but lost two places to Masters Class rival John Penny and young gun Fynn Osborne, who was enjoying one of his best runs in the category so far.

A couple of laps later and Mark made a move down the inside of Penny into the complex but could not make the line he wanted and made heavy contact with Penny, who spun and collected Osborne on his way, tipping him into a big spin as well.

Elsewhere Zac Stichbury and Christina Orr-West had solid races, comfortably ahead of the mid-field battle but unable to quite latch onto the battle for one of the top three positions.

At the flag it was a jubilant Gilchrist, with a hairsbreadth separating him and Hedge. Osborne was a delighted third with Stichbury and Orr-West a little further back in fourth and fifth.

The gunfight in the pack saw Vodanovich ultimately take sixth, with Dion Pitt in seventh, debutant Tom Bewley continuing his impressive progress in the TR86 with eighth, Rylan Gray ninth on debut, and Will Morton rounding out the top ten.

With the grid for today’s second race a reverse of the top eight finishing places, young Bewley finds himself on pole position in his first weekend in the category. 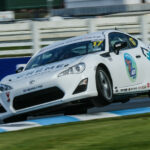 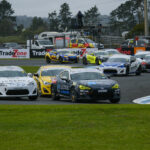