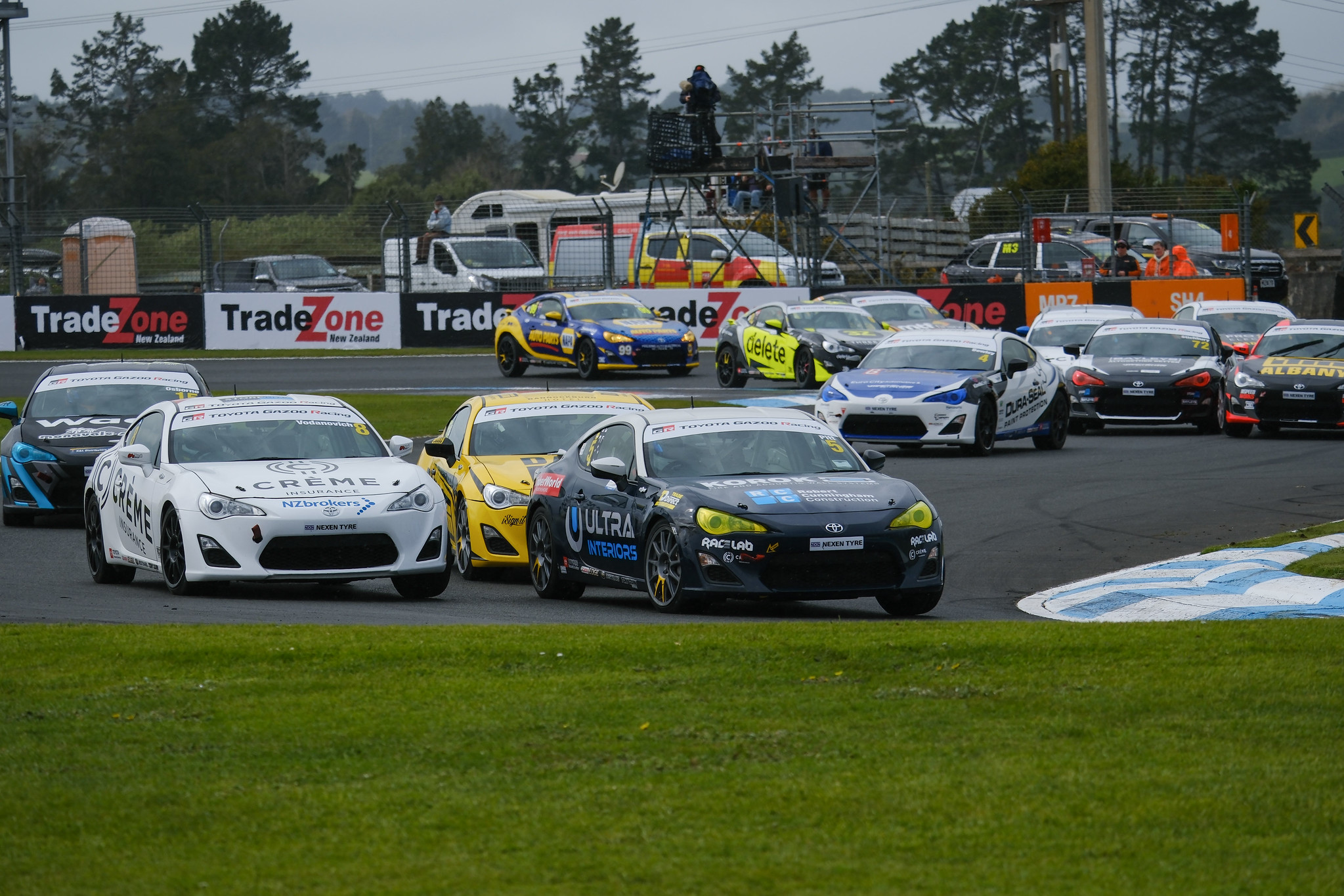 Dion Pitt threw away reputation as the category’s unluckiest driver firmly in the bib as he emerged from the drama in the second race at Pukekohe Park to take a stylish first Toyota 86 victory.

Pitt had led early on from the front row but had been passed by Peter Vodanovich, Clay Osborne and Brock Gilchrist before settling into a solid fourth place ahead of Zac Stichbury.

Lady Luck arrived in Dion’s car half way around lap ten when Osborne made a bold move down the inside of Gilchrist and Vodanovich, who themselves were jousting for the lead. Osborne made contact with Gilchrist who in turn hit Vodanovich. All three had retired by the end of the lap.

The Safety Car came out and stayed out until the flag to allow Pitt to record his first win in the category.

“Last season I was unlucky but today I couldn’t be happier. I saw the accident and then the Safety Car came out and thought perhaps it was my time to win. I’d stayed out of trouble and tried to keep up a good pace even though I didn’t have the fastest car.

“Zac was pushing me hard and keeping me honest, but the cards fell my way today. I couldn’t be happier and really should say a huge thanks to everyone who helped me get on the grid this weekend in what is not the car I have been racing.

“I want to mention Ultra Interiors, Timberworld, TradeDirect and obviously my team RaceLab. It just wouldn’t have been possible without them all.”

With the grid format a reverse of the top eight finishing positions from the morning’s race, it was series debutant Tom Bewley – a 14 year old up and coming driver with a fantastic track record in karting behind him – who was sitting on pole position as the light rain continued to fall.

A cautious start saw him passed by Pitt, a feisty Christina Orr-West and Peter Vodanovich into the first turn, but he held his own as the field slithered around the first lap without any major mishaps. At the start of the second lap it was Pitt from Vodanovich, Osborne, Orr-West, Bewley, Gilchrist, Stichbury and Hedge and on the second lap at the complex, Peter slipped down the inside of Dion to take the lead.

The man on the move though was Gilchrist and he made rapid progress through the field and was inside the top three by halfway. He then started to hunt down Vodanovich and was in the process of making a pass for the lead when the contact with Osborne occurred. A second straight win was lost.

Behind Pitt and Stichbury in first and second, Christina Orr-West put her speed and experience to good use with a great run to take the final spot on the podium. Race 1 runner up Callum Hedge bagged another good result in fourth while Connor Adam could be well satisfied with his run through to fifth. Behind him Justin Allen, John Penny, Tayler Bryant, Mark Mallard and Rylan Gray completed the top ten. 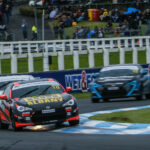 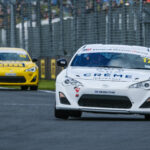