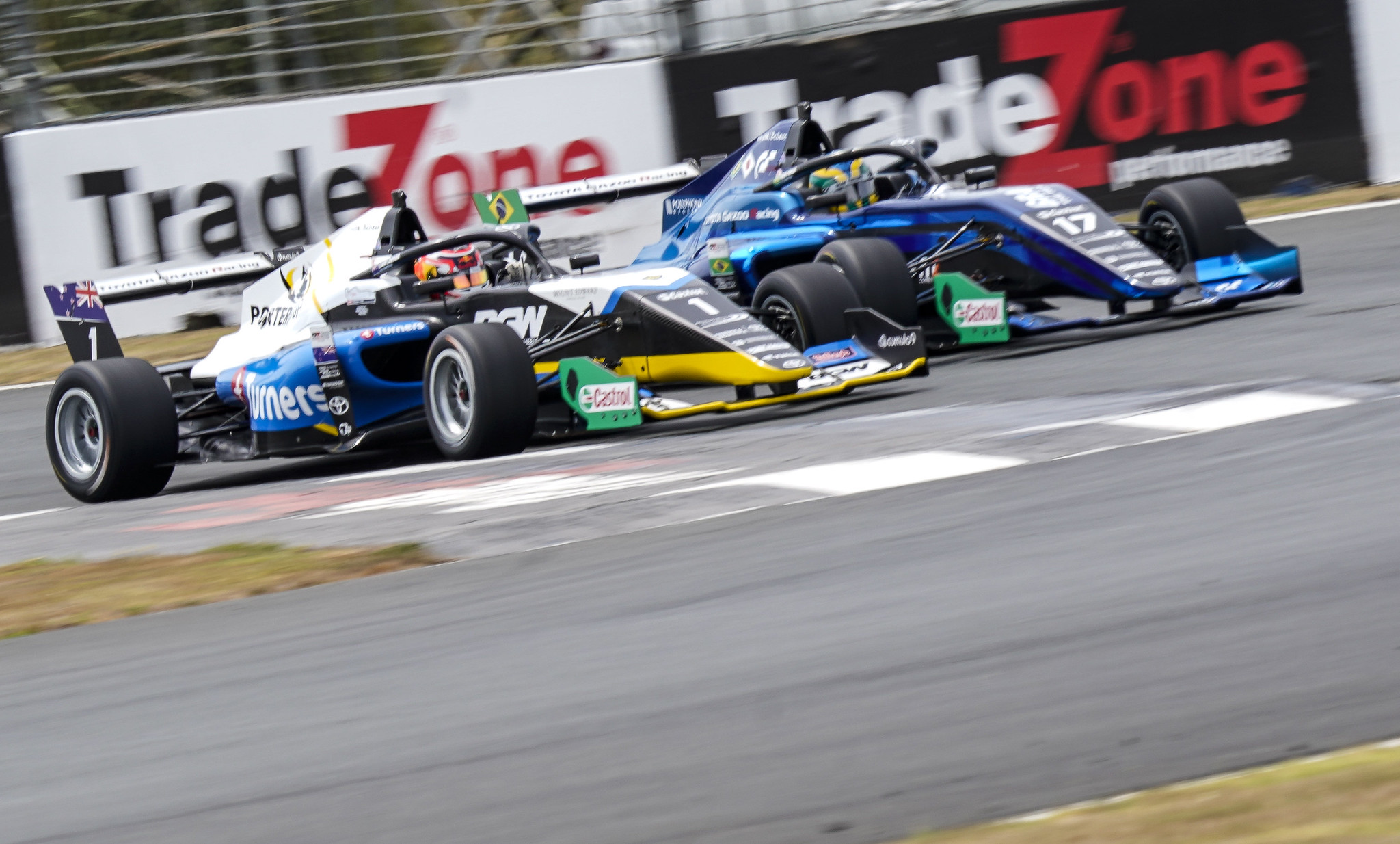 It’s game on at the final round of the 2020 Castrol Toyota Racing Series this weekend at the New Zealand Grand Prix at Manfeild – Circuit Chris Amon and as in previous years, the race for the title is almost certainly going to go down to the big race itself.

Two have shone in this year’s series – a Kiwi and a Brazilian – and both have bright futures ahead of them in international motorsport. Kiwi Liam Lawson – the reigning champion – and Brazil’s Igor Fraga are the two protagonists fighting for the title.

Lawson is a Red Bull Junior who is well known to Kiwi motorsport fans for his fighting, spectacular style, Fraga a supremely smooth, talented racer in the style of some of the great Brazilian drivers of the past. Both have fascinating back stories, come from modest non-motorsport backgrounds and have secured – through skill alone – the requisite support and sponsorship to progress in motorsport.

Liam has the might of Red Bull in his corner, and a dedicated Kiwi management team helping in every way it can. Igor largely manages his own affairs, and has a massive global following in the on-line world of eSports racing. In the virtual world he is one of the very best and he’s proving the real world and virtual codes can work supremely well in harmony. It’s one of the world’s most iconic video game experiences, Gran Turismo that supports him and has sponsored his car in New Zealand this season.

Both drivers are fully on the world motorsport ‘radar’ of the F1 teams and both will face off again in 2020 when they compete in the European Formula 3 championship after the Toyota series concludes.

It was Lawson who stole the early initiative with wins at Highlands and Teretonga but Fraga was right behind him and then won at a dramatic Hampton Downs weekend a fortnight ago. Last weekend at Pukekohe Park, Lawson won the first race on Saturday and then dominated the feature race. Fraga had a more challenging weekend. Spun out by a rival at the start of the New Zealand Motor Cup race, he had to race back through the field to limit the damage to his points tally for the weekend. Nevertheless, Lawson heads into this weekend with an eight point advantage on the championship table.

It’s going to be a stunning weekend. And it’s all to play for if you’re a championship contender or one of the other drivers competing in the Grand Prix this weekend.

These young drivers in this category are the best up and coming racers of their age in the world and more than one could make it all the way to Formula One. No other country in the world has a championship that brings together the best of the junior formulae champions each year. This time around the series has multiple champions from karting, Formula Ford and Formula 4 as well as junior representation from several Formula One teams.

There are some genuine global talents in the TRS field this year and all are Grand Prix contenders. Aside from Fraga and Lawson, sixteen year old sensation Franco Colapinto is an Argentinian racer with no less than two-time world champion Fernando Alonso in his corner. Caio Collet is a Renault junior and was one of the favourites for this year’s title but he has endured some bad luck and had an awful Pukekohe weekend. He’ll be looking to go out on a high as will the popular Aussie racer Jackson Walls who took his first major single seater race win last weekend at Pukekohe on Sunday. Watch out too for Grégoire Saucy, Red Bull Junior Yuki Tsunoda and the Czech Republic’s Petr Ptacek. All three are fast and brave and definitely have something to prove this weekend as the championship winds up.

Nineteen cars will take to the grid in this weekend’s big season climax. That’s one more than the earlier rounds and that’s because evergreen Kiwi legend Kenny Smith is back – yet again – aiming to start and finish his 49th New Zealand Grand Prix.

Competing in a country’s premier race for so long is a feat unprecedented at any level of any racing code in the world and Kenny is determined to make it to 50 and move the on-going record into the realms of unbeatable. The fact that it probably is already is immaterial – this is a pure bred racer who loves to compete and is still very strong in a single seater racing car and quite capable of holding his own. 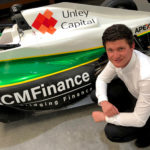 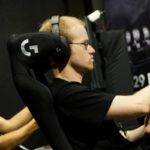