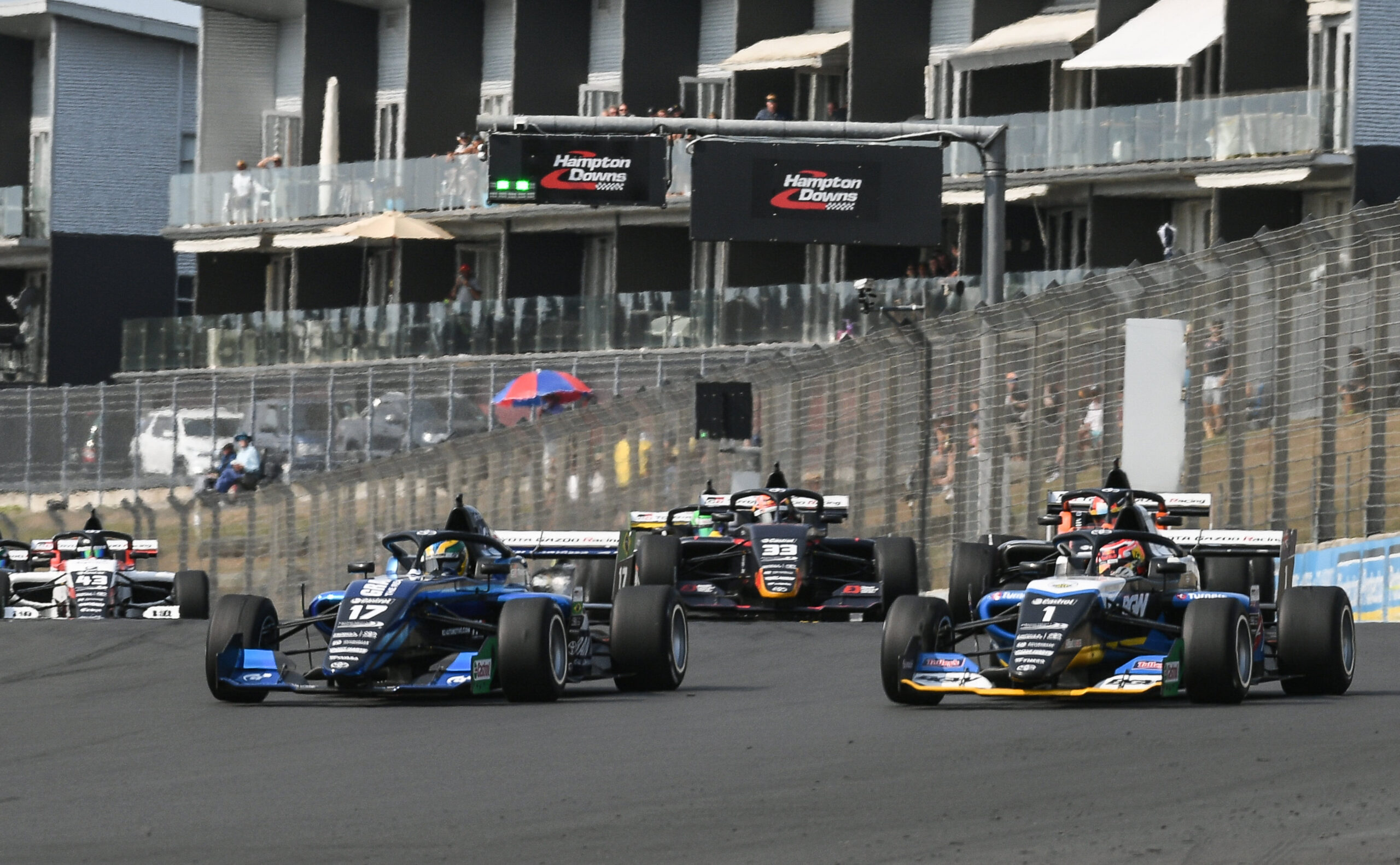 Hampton Downs International Motorsport Park has been confirmed as host of the 66th running of the New Zealand Grand Prix in January – the first event of the three-round 2021 Castrol Toyota Racing Series.

The MotorSport New Zealand-sanctioned event – a joint venture by Hampton Downs and Speed Works Events – will run over the weekend of January 22nd-24th with practice, qualifying and two races for drivers before the New Zealand Grand Prix itself on Sunday 24th over 28 laps of the circuit. The earlier calendar date is designed to attract high profile New Zealand drivers still at home following the Christmas break and provide a rare opportunity to run the Grand Prix with the very best Kiwi drivers available in it.

The New Zealand race is one of only two official FIA-sanctioned events permitted to carry the Grand Prix title that are not part of the annual FIA Formula One World Championship. The other is the annual Macau Grand Prix. Both have global significance in the motorsport world, but New Zealand stands out because of the unrivalled list of famous names on the winner’s trophy.

That list includes the late Stirling Moss, Prince Bira, Jack Brabham, John Surtees, Graham Hill, Jackie Stewart and legendary Kiwi racers Bruce McLaren and Chris Amon. More recently, it has been won by current F1 drivers Lando Norris and Lance Stroll. There’s an impressive list of Kiwis on the winners roll of honour too, including three-time winners Craig Baird, Nick Cassidy and Ken Smith – who will also be aiming to make his 50th straight start in the Grand Prix in 2021, a record achievement.

“We are excited to be continuing to run the New Zealand Grand Prix again in 2021,” he said. “The perseverance of all parties involved to ensure this highly regarded event can still take place in uncertain times is a credit to the wider motorsport community. The track provides excellent racing and we are all looking forward to seeing NZ’s premier race on our calendar at a world-class track.”

Speed Works will jointly promote the meeting and provide the support categories and event logistics on track for the Hampton Downs NZ Grand Prix.

For co-promoters and hosts Hampton Downs, the news represents the culmination of a bucket list tick dating back to 2013 when circuit owner Tony Quinn opened the gates of his Highlands Motorsport Park. He purchased Hampton Downs in 2016 and has never made a secret of his desire to see the Grand Prix at the North Waikato facility. Chief Operating Officer of Hampton Downs, Josie Spillane, says it will be a very special event.

“I recall when we started at Highlands, Tony very clearly set down that one of his personal goals was to host the Grand Prix and we gave it our best in 2014 and then again when we purchased Hampton Downs. We have always been very open about the fact that we see a huge privilege in hosting the Grand Prix and we are committed to doing our best to make it special and also honour our good

friend Kenny Smith. This is his 50th straight start in the Grand Prix, a milestone we all should be celebrating.”

Speed Works’ Geoff Short says it will be a huge moment for Kiwi motorsport and not least the support classes involved.

“This is our chance to get the New Zealand public reengaged with domestic motorsport,” he added. “We have a great circuit, we have a fantastic Grand Prix category in Castrol Toyota Racing Series and we will have championship support categories which will offer something of interest for everyone and hopefully many new fans.

“We know the team at Hampton Downs will go the extra mile to make this event a success and we look forward to working with them over the coming months.

“There’s going to be a lot of work going on by all of the stakeholders to make the most of this event and with the announcements that are coming, it will be huge for the public, the fans and drivers from support categories taking part.”

With the COVID-19 pandemic having had a massive effect on global motorsport, the priority for this year’s Grand Prix event will be to have a strong combination of up and coming racers and as many Kiwi racing stars as possible in the field. As Category Manager Nicolas Caillol explained, it will be all about putting on a fantastic show for the motorsport fans and racers alike.

“The opportunity for New Zealand and the Castrol Toyota Racing Series will be to showcase our immense pool of talent both new and old and the high quality racing that the series is known throughout the world for.” he explained. “It’s going to be the best possible way to kick off the 2021 series.

“The first drivers will be confirmed very soon. Everyone involved is working hard to put as many great Kiwi drivers behind the wheel for this event as we can. We are determined to make it a fantastic motorsport event. We are still working on the potential of international drivers taking part too and we are continuing to work closely with MBIE and NZ Immigration on a daily basis as the global situation with COVID-19 evolves.”